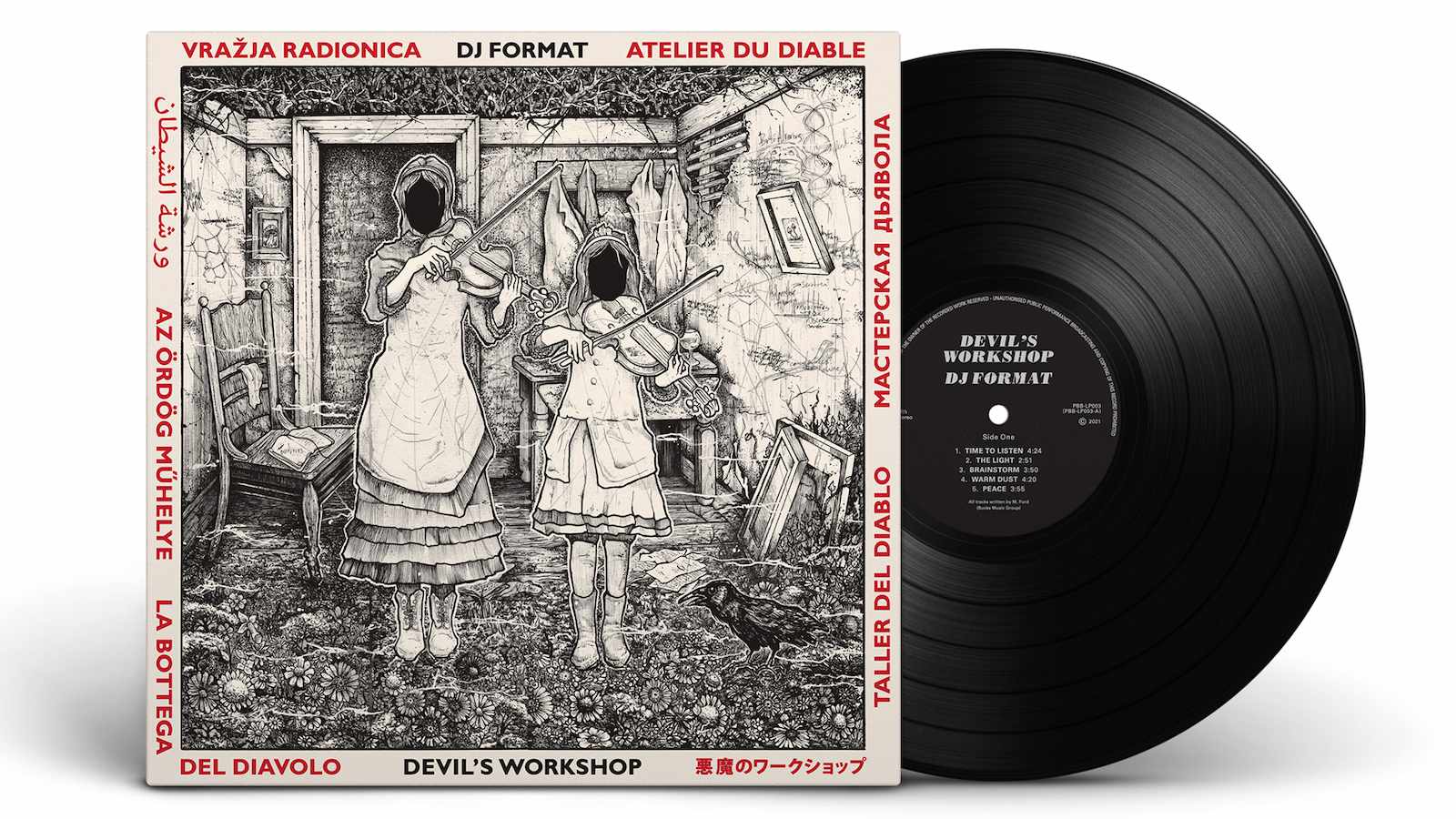 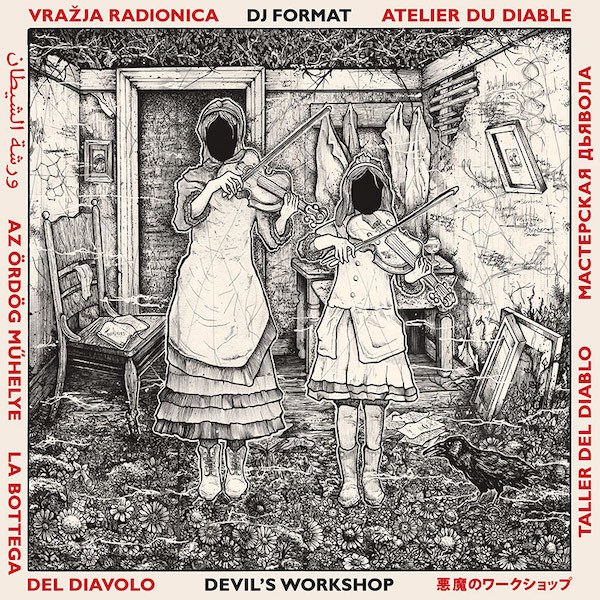 ‘DEVIL’S WORKSHOP’ is an instrumental album that sees DJ Format going in a slightly different direction to what you might have expected.

Continuing the blueprint laid down in DJ Shadow’s groundbreaking early work that made it possible for a hip hop producer to create genre-defying new compositions from old records, everything you hear is painstakingly pieced together from 100% samples – as if you were listening to a band assembled by David Axelrod.

There’s no time for stagnant, repetitive loops that leave you wondering when a rapper is going to appear, instead each song keeps building in mood and intensity by the clever use of layer upon layer of carefully chosen samples. A rich tapestry of musical instruments from keyboards, horns & guitars through to vibes, bamboo flutes & sitars paint an exciting soundscape throughout the album.
While it is primarily an instrumental album, Format utilises a variety of vocal samples from sources as wide ranging as ’60s spoken word, ’70s religious records, right up to ’80s & ’90s rap records, all used out of their original context to tell a new story.

‘DEVIL’S WORKSHOP’ steers away from DJ Format’s past releases and from a typical hip hop record – an introspective journey for the open-minded, is an album that leaves the door open to personal reflection.. as Format puts it “Everyone may have different ideas as to the meaning of certain songs but as long as they make you think….and feel something…that’s all that really matters.”

Album opener ‘Time To Listen’ gently sets the tone for what is to come throughout the LP as a whole. It’s a musical journey that is constantly evolving and takes many twists & turns along the way. You will find it most rewarding if you sit comfortably, pay attention…and really listen. The haunting downtempo ‘Brainstorm’ gives you an insight into the internal conflicts of a creative mind battling with the everyday rat race. The poignant vocal hook will no doubt resonate with many people: “I’m so tired and worn out….I feel like quitting the game and getting out. There’s so many things I just can’t face….I don’t even feel like running in the race”. ‘Warm Dust’ is ultimately a lesson against the perils of experimenting with drugs as a form of escapism. What starts out as a harmless bit of fun gradually descends into chaos and confusion played out through the course of the song. The main riff is one of the funkier samples on the album but the use of wild electric guitars, some choice vocal samples and several tempo changes ensure that the overall mood is far more edgy and simulates a bad drug trip.
‘Mountains Of Madness’ is Format’s attempt to convey the feeling of almost going out of his mind by spending too much time in the studio. It is by far the fastest song on the album and sounds closer to a ’60s psych record. Although the song has a driving bassline and pounding drums throughout, there’s a sort of ‘mental breakdown’ section half way through in which you are told “once you get used to it, insanity can be the most normal thing in the world”.

DJ Format says about the LP:
“I wanted to make an instrumental album that perfectly reflects my musical tastes in 2021. Although hip hop was my first love and definitely shaped my whole relationship with music, nowadays I mostly listen to ’60s jazz, psychedelic rock and everything in between. I’ve travelled half way around the world in search of old records that excite & inspired me to make music of my own and I truly believe that ‘DEVIL’S WORKSHOP’is my best work so far, the culmination of everything I’ve learnt over a lifetime of consuming & studying music.”

DJ Format’s music career stretches back to the mid ’90s and although ‘DEVIL’S WORKSHOP’ is his 7th studio album it could be considered his first true ‘solo’ album. Whilst always covering a wide range of musical styles, many of his previous releases have included collaborations with artists such as Chali 2na & Akil (J5), Abdominal, Edan, Phill Most Chill and The Simonsound just to name a few.
DEVIL’S WORKSHOP finally sees Format going it alone for the duration of an entire album, armed with only a sampler and a whole lot of dusty old records.

Always support the artist and the label! Listen and buy here – https://djformat.bandcamp.com/ 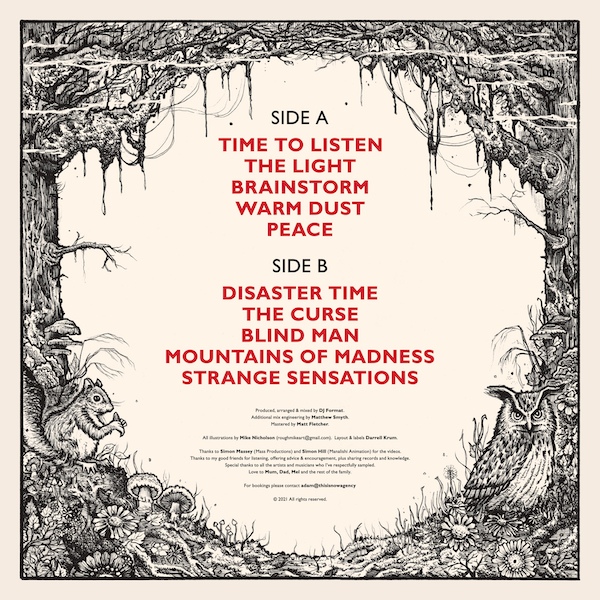