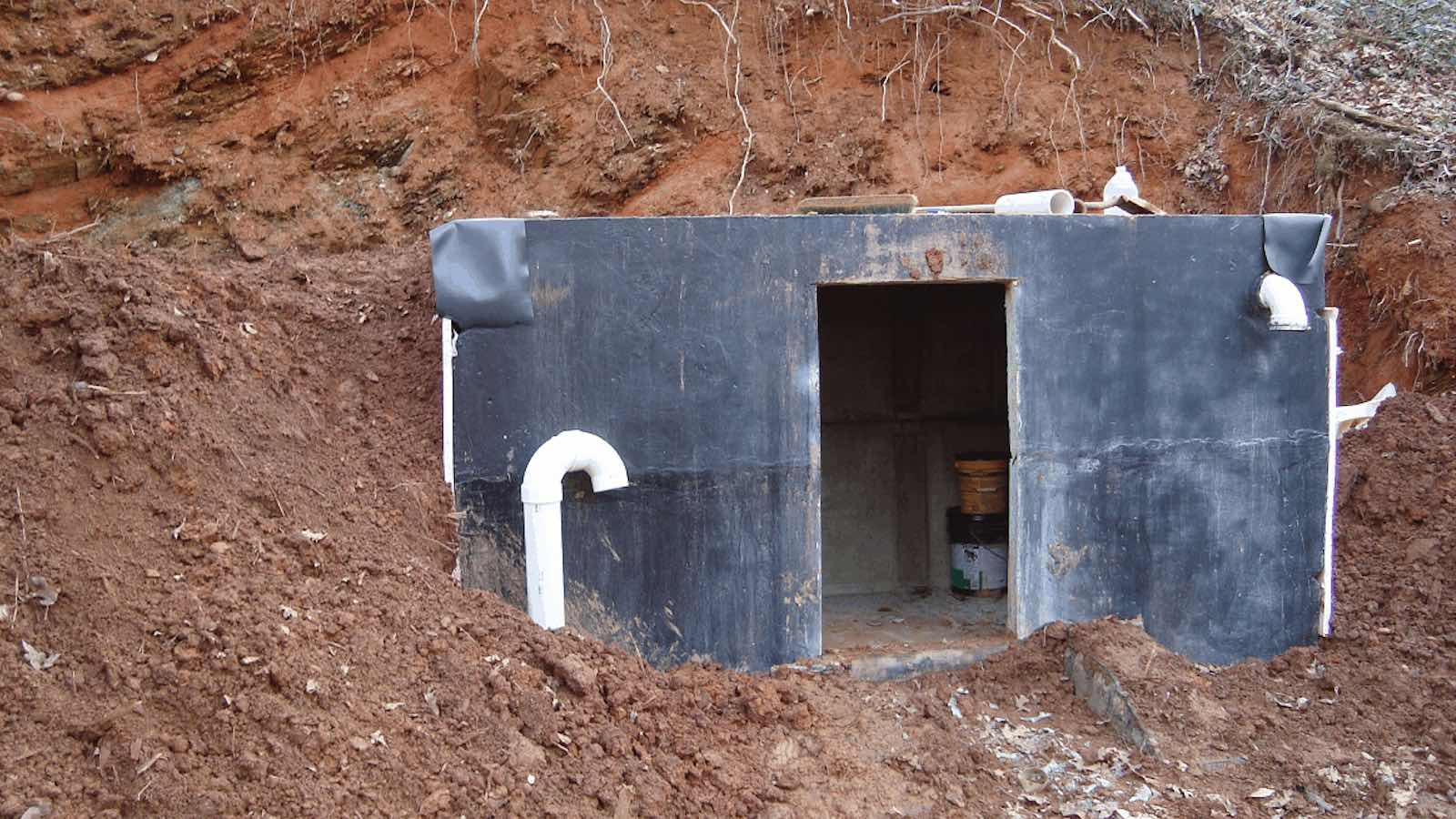 These are the tracks, albums and reissues that are burning up the 1BTN Bunker as we go into the month of November. Spotify playlist at the bottom of the page

Marc Cotterell
Jumping ‘96 (Original ‘96 version)
(Plastik People Digital)
Soulful, deep and nostalgic ‘garage house’ or US Garage as we called it back in the day. Light and bouncy with a smattering of an improvised jazzy organ that adds another layer of soulful beauty to the overall effect.
DJ Emma (Boogie Boulevard)

Ataurean
Idiom
(Alumni)
A great arpeggio track for sunset and general drifting and dreaming from a new artist from Scotland. This is the lead track on an EP, called New Terrain, which is excellent.
Chris Coco (Melodica)

Anz
Real Enough To Feel Good
(Ninja Tune)
Blending electronica, jungle and techno sounds on her All Hours EP, Manchester-based producer and DJ Anz has created the perfect euphoric ode to the dancefloor. Sitting alongside the Madonna-eqsue You Could Be, Real Enough To Feel Good is bubbling with UK garage influence and the perfect listen for any hour of the day – in or out of the club.
Martha Cleary (Underlying Oddities)

Scuba + DOMiNii
Womb (Cinthie Remix)
Hotflush Records
An absolute saucepot of a remix, this Hotflush action from Cinthie will guarantee the grins if you are partial to a little piano house. If not, I suggest you question why the keys are not thee? (Did I just really just write that?)
Queen Josephine (The Wildblood and Queenie Show)

The Allergies
Promised Land
(Jalapeno records)
The Bristol-based duo have been prolific over the last few years, yet the quality of their work seemingly hasn’t suffered. Promised Land, their fifth album, is another invigorating, thrill-a-minute ride through hip-hop/funk/soul/rock/breakbeat fusion, where almost every cut is ripe for dancefloor plays.
Dumani Ncube

Apiento
Things You Do For Love
(World Building)
This is a re-release of a track released on a limited 7” in 2019. It’s a beautiful hypnotic track and now features a Mad Professor dub remix and more dancefloor friendly ‘Machine Remix’, essential.
Andrew Jefferson (Sounds of Eighty Six)

Alex Fernet
1 2 3 Stella
(Peoples Potential Unlimited)
This is his first single and he comes from Italy. He has a fine Mullet and writes a damn good pop song. This is many different kinds of wonderful! Can’t get it out of my head.
Murray Scott (UBIK)

Sarry
ψ
(Gyuune Cassette)
This album is not new; but new to you and me. Fuji Yuki sent it to me from Japan with original art work. The track I played on the radio was Mandara. This album is Japanese underground music with undertones of traditional culture.
Robert Howley

Paula Tape
Astrotourismo
(Rhythm Section International)
Forthcoming release from Chile’s Paula Tape on the Peckham-based label. Paula has made a name for herself as a purveyor of eclectic selections, stomping Italo beats, percussive balearic excursions and synth-heavy rarities, both through her international DJ sets and shows on Worldwide FM and Milan’s Radio Raheem.
Howler (The Balearic Breakdown Breakfast Show)

Boogietrax & T Sounds
Southborough ’06
(The Basement Discos)
Bringing the strung up to the simplest of grooves this transatlantic production beauty gets blood flowing faster with every play. Winter goodness destined to deliver the de-frost.
Kate Wildblood (The Wildblood and Queenie Show)

Liam Kazar
So Long Tomorrow
(Woodsist / Mare)
When you’ve played guitar for such talented songwriters as Jeff Tweedy, Steve Gunn and Daniel Johnston I guess you pick up how to pen a good tune and Liam Kazar has plenty. I’ve been streaming his debut album Due North for a while now and it’s finally out on vinyl.
Senor Mick (Garden Of Earthly Delights)

Blawan
Under Belly
(XL Recordings)
Blawan back to his pre techno rollers best with this wigged out creeper of an electro cut . Insane rumbling bass frequencies adorned with a catchy metallic melody . This is super fresh stuff . So good that my housemate stopped mid squid game to ask what it was.
Evil Tom (The Evil Tom show)

Ibibio Sound Machine
Electricity
(Merge Record)
Really love the Tony Allen/Fela sound to the drums on this new Ibibio track which was recorded with Hot Chip and came from the idea to mix Afrobeat with Giorgio Moroder–style synth vibes. No word on a new album yet but this single has certainly piqued my interest!
Kerry Jean Lister (Feel Up)

Flayer
Wanna Get Back To Your Love (Extended Mix)
(Best Record)
Another classic remastered Disco/Cosmic Balearic Classic from Best Record Italy, originally released in 1983 on F1 Team records. This one includes the original versions from the original 12″ release plus the special extended mix. Quite possible one of the best records you can ever hear on ecstasy.
Howler (The Balearic Breakdown Breakfast Show)

Carwyn Ellis & Rio 18
Yn Rio
(Legere Recordings)
Carwyn Ellis played with the Pretenders and Edwyn Collins. Here he gets together with the BBC National Orchestra and has produced a latin album, with massive touches of David Axelrod, sung entirely in Welsh and is gorgeous from beginning to end.
Murray Scott (UBIK)

STR4TA
Aspects (Greg Wilson Remix)
(Brownswood)
As a lover of jazz funk and boogie, I’ve been waiting on this remix for months since first hearing it as it ticks so many boxes for me. Sensitive to the original yet deeper in true GW fashion.
Matt Rockit Soul

LHAS
What’s In A Name
(Push II Shove)
LHAS aka Larry Heard Appreciation Society is the creative genius of local musical stalwart Jamie Read. The EP on which this track features is an electronic tour de force. What’s in A Name is all bustling acid basslines, inch-perfect rhythms, and wonderful deep textures. A nod to the very best of classic deep house and techno, but warm, accessible and contemporary to boot. Ask him nicely and he might even deliver one to your door.
BIG RED AL (LATE NIGHT BIGNESS)

Les Hippies
Souci​/​Soleil Couchant
[Delights]
Les Hippies, the nightclub from the cult French movie Le Pacha, starring Jean Gabin, is also the name of this sitar-beat project from Jerusalem. Produced by Markey Funk, the single follows the fine groovy tradition, started back in the late ’60s by artists such as Ananda Shankar, Lord Sitar and Serge Gainsbourg. The A-side is a laid-back psychedelic pop take on a rare grunge ballad by Nirvana – Marigold, while the B-side is an original hypnotic upbeat tune – perfect for the peak of your freakout party.
James (Vision On)