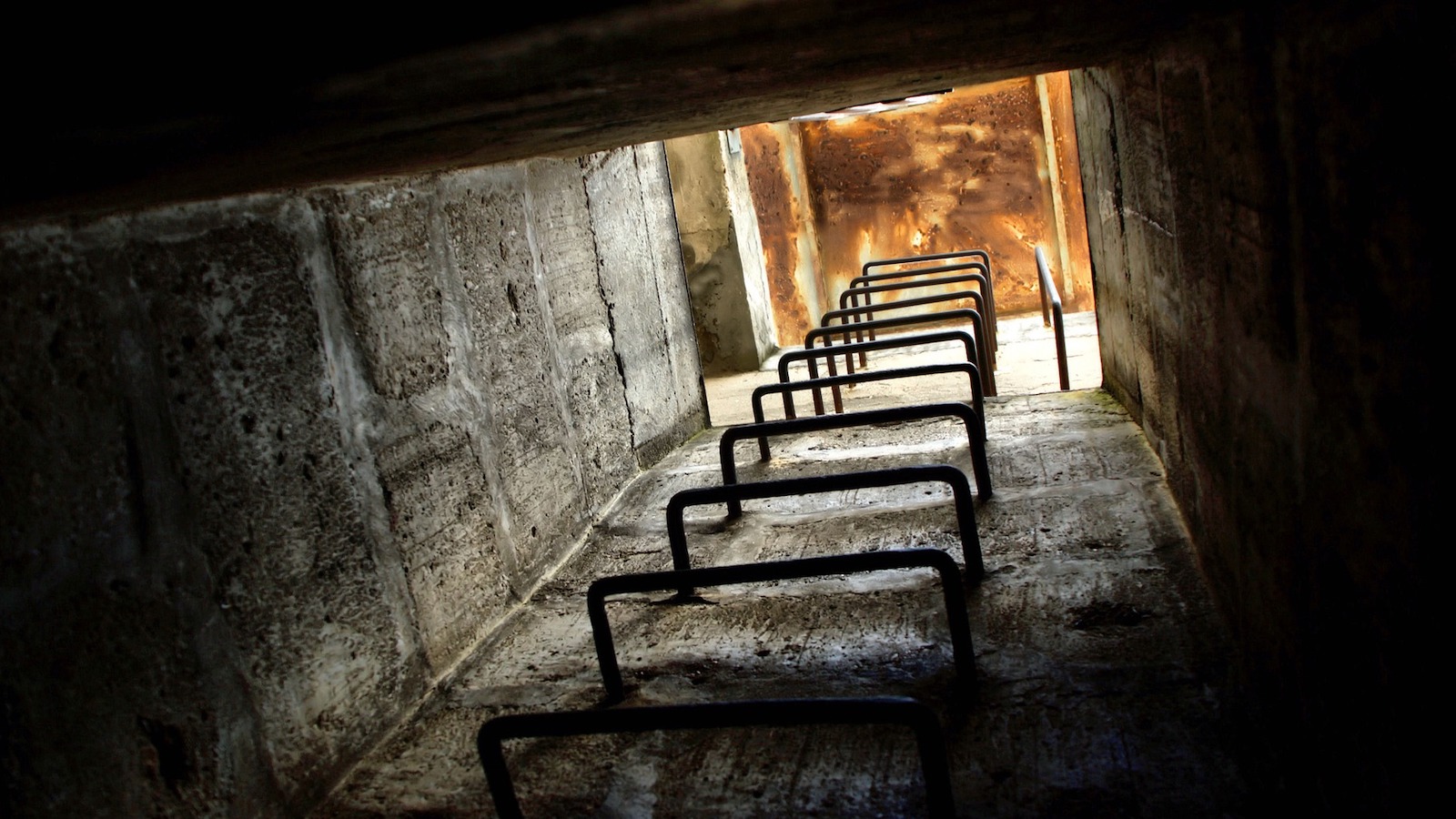 These are the tunes, albums and reissues that are big with the 1BTN selectors going into December. There’s a Spotify playlist at the bottom of the page. Keep your eyes peeled for the 1BTN End of Year charts coming at you in a couple of weeks.

Can
Live in Brighton 1975
(Spoon)
Second instalment in a run of live Can albums that are basically souped up bootlegs. (Live in Stuttgart 1975 came out earlier in the year). Sound is very decent though and the high priests of Kraut deliver 1hr 30 mins of epic jams (not the whole gig I think) with Jaki Liebezeit playing his motoric tits off. Hard to recognise exactly what tracks are played (they don’t have names) but there is a take on Vitamin C, Vernal Equinox (from Landed 1975) and a couple of tracks from Soon Over Babluma (1974). Surely one of the wildest nights the University of Sussex has ever seen!
Ian Lawton

Overmono
Diamond Cut
(XL Recordings)
Hotter and deeper than a hydrothermal vent, this shimmery, wobbly crisp, sexy bass number is what would happen if Burial and Bicep had a love child. One for the headphones or the bass bins.
BIG RED AL (LATE NIGHT BIGNESS)

Anish Kumar & Barry Can’t Swim
Blackpool Boulevard
(Technicolour )
Barry Can’t Swim teams up with rising artist Anish Kumar for a cinematic piano-house odyssey built around jam session-esqe chords and orchestral strings. Blackpool Boulevard is inspired by the lively, fluid energy of Northern Soul music and reminds me of when I used to go out raving – in my hometown of Blackpool – so I was misty-eyed with nostalgia when I heard it!
Kerry Jean Lister (Feel Up)

Bongo Herman, Les
Home Sweet Home
(Dub Store)
Just got this lovely Derrick Harriott comp and it’s amazing how many tracks are on there that I knew without knowing it was him behind them. This one is just an amazing groove that you never want to end, quirky percussion, mad guitar, it’s got it all.
Glyn Bigga Bush (Bigga’s Big Dig)

SONLIFE feat Abi Hardiman
Recollect
(DSPPR)
This is the follow up to the Balearic hit The First. It’s a little darker and more UK than Ibiza in sound and style but no less haunting.
Chris Coco (Melodica)

Coyote
Will We Ever Dance Again?/As Above
(Is It Balearic?)
Two uplifting, euphoric, piano-tastic floor-fillers from Timm and Ampo. Just what the doctor ordered as the days get shorter!! Warning – these tracks are highly infectious.
Howler (The Balearic Breakdown Breakfast Show)

Gabriels
Bloodline
(Gabriels)
Waning, waxing, melancholy strings introduce the song before a marching rhythm is set and accompanied by Lusk’s reverential, baritone vocals. “Your ancestors blood fed the soil and the sand.” Lusk sings, allied by the voices of his brass/woodwind section. A stunning and powerful single released ahead of their next EP, which aches with love and loss. A voice of our generation!
Jo Dressler

UNKLE
If We Don’t Make It (DJ Nature Remix)
(Spinnup)
Just when you thought UNKLE’s remix rota could reach no higher, DJ Nature turns up the feels to thrill with an epic session of chubby disco goodness. Suddenly the world is a warmer place again.
Kate Wildblood (The Wildblood and Queenie Show)

Suv, Dr Meaker & Paul Charles
Fire (Bladerunner Jungle Mix)
(V Recordings)
Dope remix of a total banger that will destroy any dancefloor. Production on point and a bassline heavier than lead. The stripped back Bladerunner dub version and original version are also well worth a listen.
Venum Sound (D&B Sessions)

Tonica & Dominante
Tigre / Gennarino ‘O Sioux
(Archeo Recordings)
Originally released in 1979 in small amounts in Italy, this has been lovingly reissued by Manu Archeo on his Archeo Recordings label. You get the originals and a Leo Mas & Fabrice remix of both tracks.
Murray Scott (UBIK)

Jeff Parker
Suffolk
(International Anthem)
The lead track from Jeff’s new solo guitar LP Forfolks is a lesson in perfect minimalism. I can’t wait to hear the full LP when it drops on 10 December, an early Christmas present from what must be the label of the year (again!), International Anthem.
Jim Lister (Version)

Fingerman & Chewy Rubs
Hook Of Love
(Hot Digit)
The funk gets funked up right proper this December as Fingerman & Chewy Rubs deliver the goods on their Freakin’ Time EP. A hook Captain Birdseye would be proud of meets a loopy bass defined to see your freak keeping on.
Queen Josephine (The Wildblood and Queenie Show)

Leo Nocentelli
Riverfront
(Light In The Attic)
From an LP recorded 50 years ago while The Meters were on hiatus and the tapes long thought missing, the record label LITA does what it does best and brings us the revelatory solo album Another Side and this lost track by the New Orleans guitar pioneer. The album itself explores the singer songwriter styles that were prevalent at the time with this track absolutely dripping in country funk and topped with a vocal style not dissimilar to Johnny Guitar Watson.
Senor Mick (Garden Of Earthly Delights)

PROGedia
We Are The Night
(R&S)
Got to be a big contender for single of the year. Chuggy, soulful and jazzy over a 90s baggy breakbeat. A truly magic listen and totally original.
Jeff O’Toole (Sounds of Eighty Six)

Alex Malheiros
Tempos Futuros (feat. Jose Roberto Bertrami)
(Far Out)
Azymuth bassist and guitarist Alex Malheiros records solo all too infrequently. Though he is an active session player, producer, and writer/arranger with hundreds of credits to his name, he has released only six previous solo outings since 1985’s classic Atlantic Forest. That said, all are of consistently high quality. Malheiros may be stepping up his game, though, as this is his second release in as many years. Go and Grab you a copy now!
Burda Pellet (All Around The Globe)

Calibro 35
Blanca (Colonna Sonora Originale)
Afrobar
(Record Kicks)
Italian cinematic maestros Calibro 35 return with an OST for a new TV series Blanca, setting the scene, fixing the mood, keeping you on the edge of your seat, doing what they do best!!
Chris Lewis (Turn On Tune In)

Opolopo
In The Fast Lane (mix)
(Vive La Musique)
OK yes the Jean Luc Ponty original is way ahead of its time. A French synth fest that delighted techno heads and jazz dancers alike, (and allegedly inspired the term Acid Jazz). It gets a well-deserved reissue, but the flip complete rework from Opolopo smashes it 25 years forward into the present day turning it into a deftly done jazzy synth chugger of epic proportions.
BIG RED AL (LATE NIGHT BIGNESS)

Harvey Sutherland
Jouissance
(House Anxiety)
Latest gem from the Melbourne boy wonder funk synthesist (named after a Jacques Lacan concept) chugs along on more of a krautrock groove. On-U dub don Adrian Sherwood, remixing on the flip, adds some digi-dub THC mind expansion and some subtle skanking. Both versions do it for me.
Ian Lawton (Trainspotters)