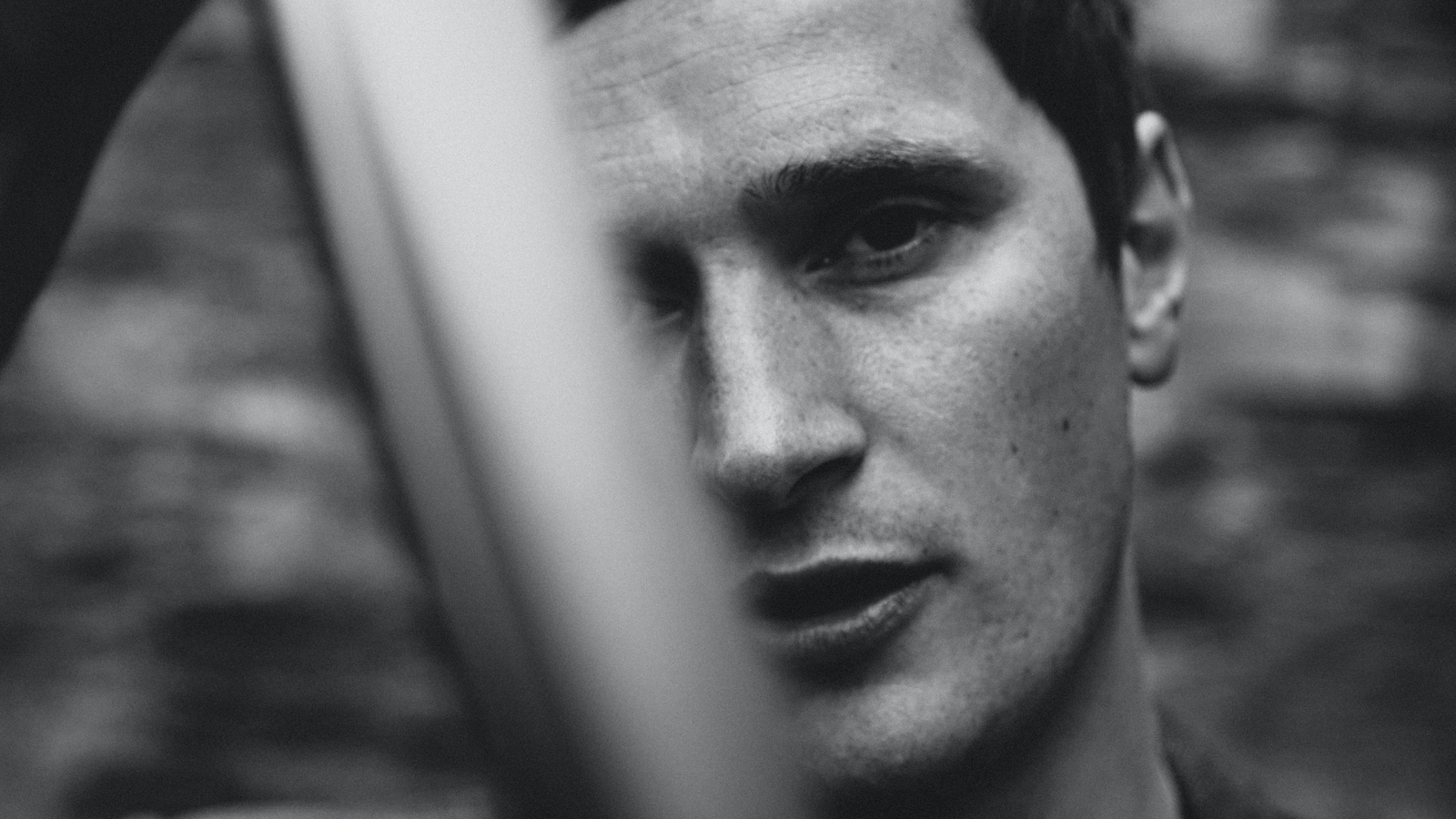 “The essence of Orkney’s magic are the deep marvellous rhythms of sea and land, darkness and light”
George Mackay Brown, 1921-1996

Over the last few years Erland Cooper has released three beautiful and beguiling albums, full of the moods and mystery of his native Orkney. The last of this triptych, Hether Blether, was released recently. Murray Scott from the UBIK show caught up with him for a wee chat…

Where are you just now?

In StudioOrphir. It’s my own sea haven in London, a safe, creative space.

How has lockdown been for you?

Solitude is something I’m used to when writing but I found some social and travel enjoyment in volunteering work.

How long have you lived in London and what made you move there?

Yes, I’ve been here on and off for almost a decade. Meeting and working with likeminded folk was an important part and the studio for the last 4 years has kept me grounded here.

How often do you get back to Orkney and when were you last there?

I try to go home around 2-4 times per year. It’s a far cry from London. My trips tend to be a combination of work and leisure. I was due to travel with writer Amy Liptrot to the island of Sule Skerry but perhaps we’ll visit that vanishing island another year. I was last in Stromness in October 2019.

A good friend of mine from Kirkwall, Karoline, said you would know the Coal or Fish Jollys? I’m guessing everyone knows everyone on Orkney?

I have been twice; the first time was as a wee boy in 1976 for a family holiday on Burray and the last time was 2003 or so which meant I got to enjoy the nightlife a bit more! Orkney is such a beautiful island  – I was very much drawn to Scapa Flow and the cliffs near the Old man of Hoy – what is your favourite part?

I’m so very pleased you’ve been a few times and at different times in your life. Yes, the coastal path to the Old Man of Hoy is a special one. My favourite place is Marwick Head and of course Stromness. The former, a city of seabirds and the latter, the harbour town where I grew up.

Birds play a big part in what you do, what is it that attracts you to them?

I think flight is the one thing humans can marvel at, both as child and adult alike. It never loses it’s magic. That and the sheer diversity of the species.

Clearly the Island inspires your own music but what are your musical inspirations? What did you grow up with and what do you listen to now?

Yes, nature, people, place and stories inspire my work but I also admire many musicians for many different reasons, whether that be Boards of Canada, Eno, Schubert to Anna Meredith. I listened to a lot of folk music, the Beatles, Dylan, John Martyn and Paul Weller.

Has London inspired your music at all?

Yes, greatly. The activity in these great halls from the Barbican to Wigmore to connections with exceptional musicians. I try to take from the city all I can before it takes all from me.

Your online EP Nightflight delved in to electronic music, almost house! Will this be something you might focus on more?

I enjoy ambient techno and had hoped Jon Hopkins might do a rework but he was busy for a few years so I challenged myself to study and produce in that style myself as I’ve produced other artists. I know what I like and generally at this stage in my career can work out, reproduce or create any sound really to some degree, which invariably creates something unique sounding but with a grounded reference. In this case quite openly Daniel Avery and Jon.

The project you recently did for 6Music, A Nightingale Sings Outside Our Window, was a bit special and involved hundreds of field recordings sent to you by the general public. Can you tell me about the thought process that went in to the track and who else was involved?

I wanted to mark a moment in time with one part memorial and one part celebration. With hundreds of listener’s field recordings, it felt collaborative and gave me a sense of responsibility. I enjoyed it tremendously and I hope I found the right balance of tone, narrative and hope. Remote producing a work like that wasn’t without it’s challenges but I think it came together well in the end. The piece is actually Part 1 of my first concerto.

And after your triptych of albums about Orkney – Solan Goose, Sule Skerry and now Hether Blether what can we expect from you next?

Solan Goose had an ambient sister record in Murmuration, Sule Skerry had Seachange and Hether Blether will have Landform. That will be 6 albums that sit together to mark a moment in my life. That would make quite the boxset wouldn’t it?

I was fortunate enough to see you live in Brighton last year at the tiny Unitarian Church – a truly lovely concert, quite magical and spellbinding! What struck me most was how lost you were in the music at one point, and then next you would leap in to the aisles between seats to listen to the music coming from the musicians that play live with you – is this a common thing when you play live?

Brighton was such a joy. It truly felt like we were on the ferry to Orkney. I play so rarely that it really is an experience for me. In the right setting and if I can, I take great joy in leaving the stage and letting the talented musicians around perform without me. I can then be part of the audience too and truly remember and experience it.

Is playing live something that comes naturally to you or would you rather be in your studio, creating music?

I’ve a complicated relationship with playing live. It takes a lot out of everyone at great expense and the bits I enjoy are utterly life affirming but the elements around that 50 minute show are quite heavy at times. I think less is more and it’s more sustainable. I’d rather do fewer really special shows than several less important ones if that makes sense.

Art is clearly part of what makes you tick? Does it have the same meaning to you as your music?

Yes, I think art, comedy and music all share a common thread. They all express the essence of something and are the one thing humans don’t need to do to survive yet can’t seem to live happily without.

Thank you to Erland for taking the time to answer my questions and to Luke Maher for his help in arranging this!

Hether Blether is out now and all of Erland’s albums are available on his Bandcamp page –  as well as all good record shops!