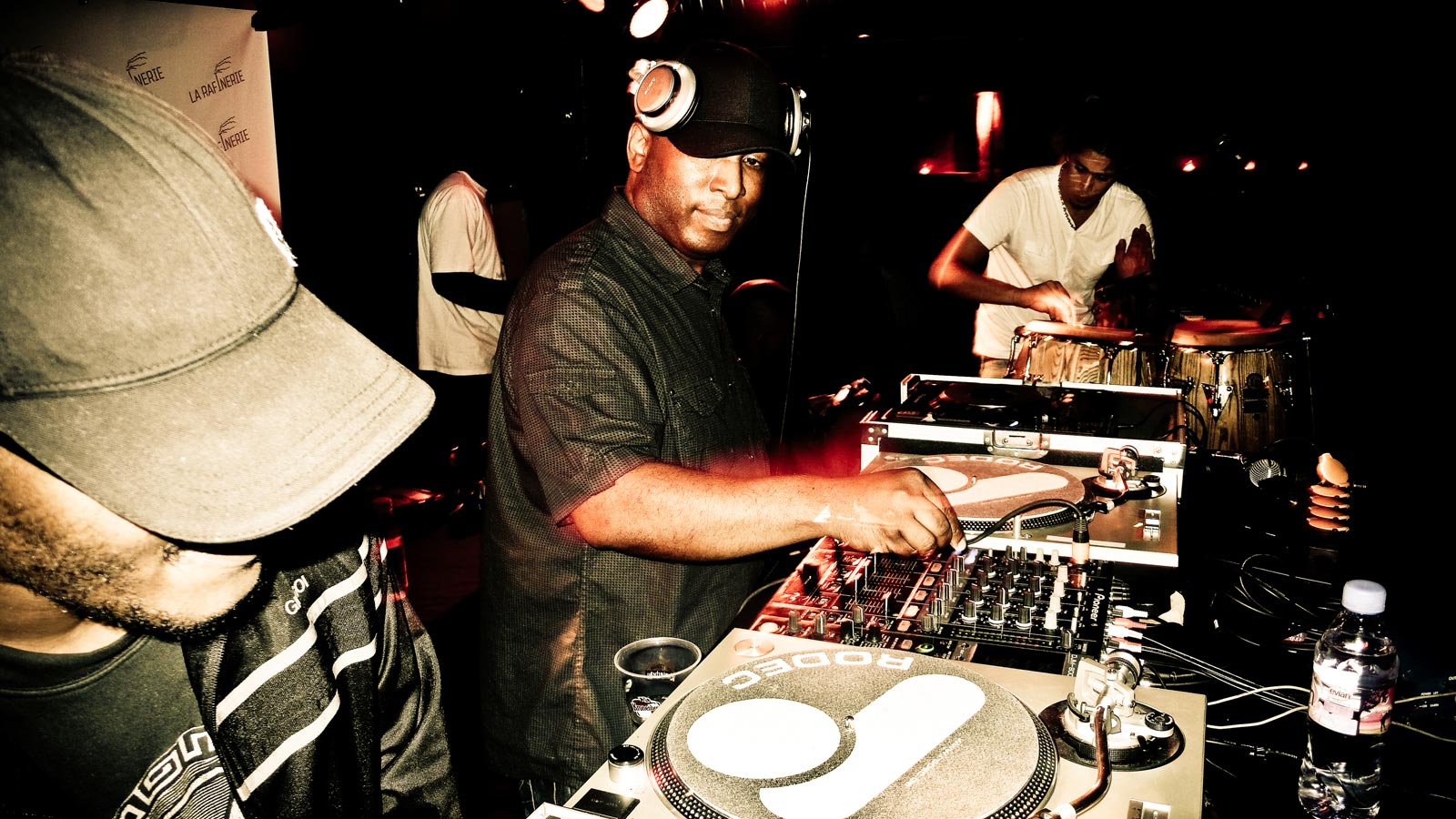 For a short, but extremely frenzied few years, either side of the Millennium, the talents, minds and hearts of some of the finest drum and bass, house, jazz, electronic and afrobeat artists and producers from across the world collided in West London. The rise of Co-op, a club night established by IG Culture and including contributions from those that became Bugz In The Attic, 4Hero, Domu, Mark De Clive Lowe and so many more, saw the emergence of Broken Beat – a new sound which was difficult to dance to, difficult to mix, but that still captured the imagination of producers, artists, DJs and record labels worldwide.

Emerging, as so many genres have, from drum and bass, broken beat took its musical foundations from the complicated and syncopated rhythms of afrobeat, but where afrobeat had Tony Allen, West London’s finest had samplers and drum machines. To these were added the bouncy, immediate and jazz-funk-inspired synths used by Herbie Hancock and the like and, in many of the most memorable tracks, vocals and chanted chorus hooks most often found in African music. These were perhaps best exemplified in the broken scene by the keyboards and basslines of Kaidi Tatham and the vocals of the incredible and engaging Bembe Segue – although there were plenty others.

Meanwhile in Brighton, due to a relationship break-up, me and my cheap and nasty turntables had moved into a tiny box room, with nothing better to do than buy, explore and ultimately become obsessed by this new genre which sounded like nothing I’d heard before, whilst at the same time containing elements of many of the genres I already loved. With my fix being provided regularly by Roo Currier, the local broken dealer and tastemaker, I was involved. And it was good.

And so, here’s my 5 top broken beat recommends. They’re not necessarily the most popular and well know ones (you can find some of those listed in an excellent article from FACT magazine http://www.factmag.com/2010/03/08/20-best-broken-beat/), but the ones that continue to make me happy whenever I stick them back on my newer, better turntables nearly two decades later.

2. Brotherly – Put It Out (2005)
Anna Stubbs (vocal) and Robin Mullarkey (multi-instrumentalist) deliver a track which is both lyrically angry and musically uplifting. Like The Smiths, or something. It’s all about the bassline and ‘oooh, oooh’ pre-chorus for me. Oh, and the middle 8/bridge thing, which really takes it up another level – those vocal harmonies!

3. Daz-I-Kue ft Colonel Red – Rokstone (Soon Come) (2005)
House producer Darren Benjamin and soul/house vocalist Colonel Red combine their skills to bring my all-time favourite broken track, ever. The little repeated synth hook that comes before each vocal part is so recognisable and manages somehow to integrate a jazz progression into a track which is otherwise very much not jazz. My love of the genre summarised in 4 chords and one bar.

4. Jazzanova – Soon (Domu vocal mix) (2002)
Jazzanova were a staple of the nu-jazz, electronic and latterly broken jazz scene. The track Soon first appeared on their breakthrough 2002 album In Between (alongside another track Mwela Mwela which was remixed by Bugz In The Attic into another broken jazz anthem). Domu’s remix, featuring the vocals of the consistently sublime Vikter Duplaix, became the blueprint for slowed-down, ambient broken beat. The beats are actually reasonably simple, by comparison with some other broken tracks, but had just enough wonk to make them confusingly compelling.

5. Kaidi Tatham & Dego – Got Me Puzzled (2003)
A Co-op anthem featuring some insane pedigree and musical history from Dego (4Hero) and Kaidi (Bugz In The Attic, Herbaliser, most broken beat songs in some way or other), there is very little to this track. A slightly out of tune synth, smeared across some bruk beats, with a sung/chanted vocal becoming much more than the sum of its parts.

Glenn Fallows co-hosts the What’s Wrong With Groovin’ show every other Sunday afternoon on 1BTN. He also runs Tone Arise Recordings and has released music as Disposable Breaks, The Impellers, Souls of Gama and plenty more. He gets bored easily.