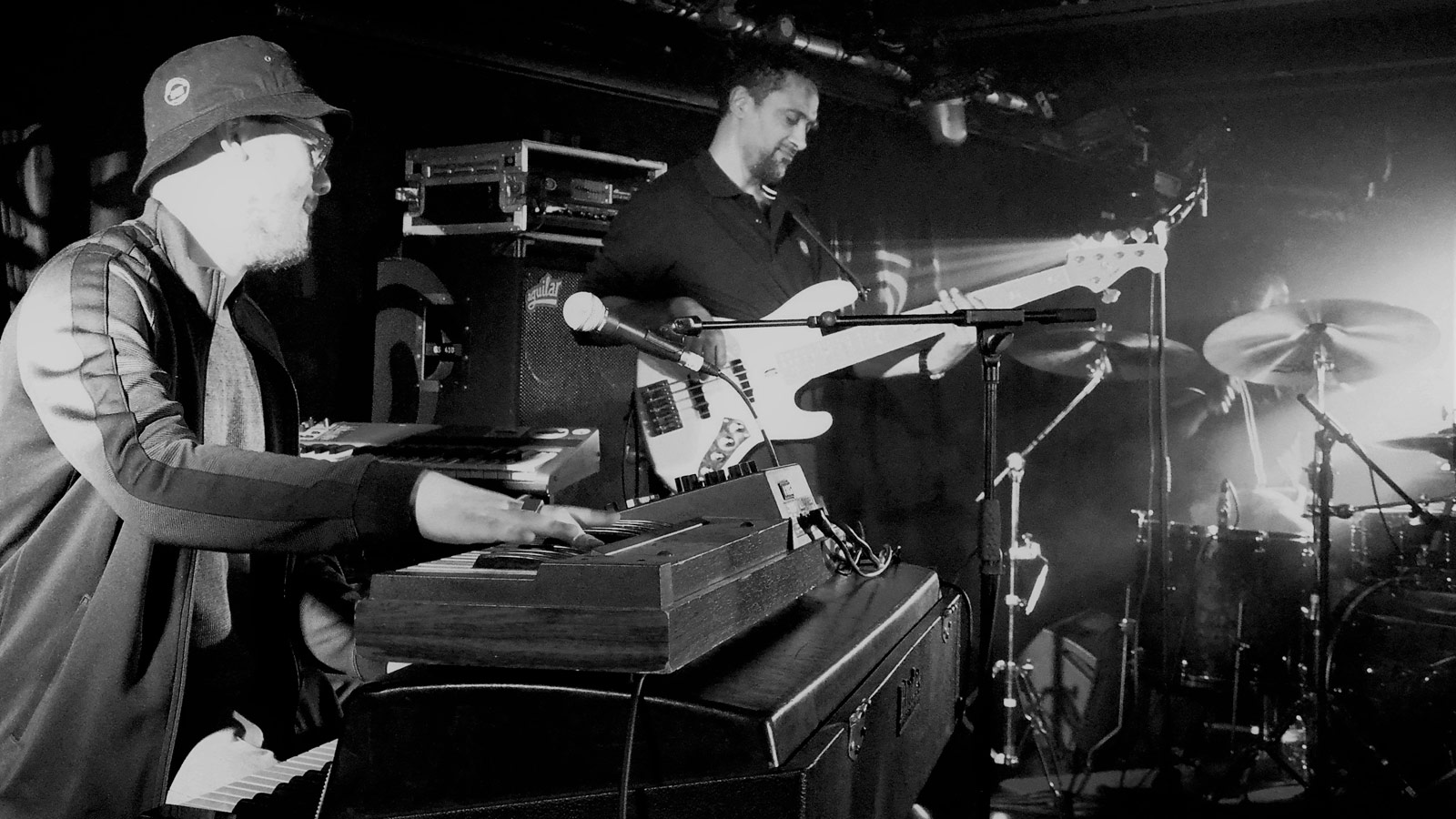 It’s been just over two years since the seminal release of Black Focus, an album that brought to wider attention the sound of a new generation of young British jazz artists.

The excitement and acclaim which accompanied that breakthrough release by Kamaal Williams and Yussef Dayes in 2016 as part of Yussef Kamaal shows no sign of abating as Williams’ latest live show came to a sold out Komedia on a wet Wednesday December night in Brighton.

It is perhaps testament to Black Focus that his show is not the only sold out one in town this week as the following night sees local label Mr Bongo’s monthly Jazz Club welcome more young British jazz talent in the shape of Robohands. Brighton is just one of a number of cities to embrace this new wave of homegrown talent with similar regular jazz nights popping up across the country.

Williams’ last visit to the south coast was in May 2017 as part of the Brighton Festival and came just days after the announcement that he had split with long time collaborator Dayes. Any concerns fans had about the impact of the split in the days leading up to that gig at the city’s St. Nicholas Church were quickly dispelled as his line-up, which included the hugely talented drummer Josh McKenzie (aka ‘MckNasty’), gave a performance of such energy that it seemed to temporarily displace the audience from their ecclesiastical setting. I’d certainly not experienced anything like that in a church before.

Tonight’s show, the penultimate one of a European tour to promote his latest release, The Journey, takes place in slightly more conducive surroundings and it’s not long before the sea of nodding heads (young and old) turn into jacking bodies (mostly young). Williams warms them up straight away by dropping some of his trademark chords which signal the intro of the 60-second title track of the new album and the first of many extended grooves that define the set. They all build seamlessly, bring the crowd with them and give the new tracks a live, dancefloor life of their own.

If fans are disappointed not to see MckNasty (who played on The Journey and was rather bizarrely a semi-finalist in 2013’s Britain’s Got Talent) behind the kit tonight then it is only short lived. It soon becomes abundantly clear that Dexter Hercules is a more than an adequate replacement as he hurtles around the drums at breakneck neck speed with incredible control. He is no less impressive than Pete Martin who gives a slap bass masterclass and generally dictates the pace of proceedings.

Over the course of the next hour or so they showcase the new material in their own unique way. At times it feels as if I’m deep into a Theo Parish set, at other points I’m simply left mesmerized by the range of sounds coming from Williams’ deck of keys or the speed and dexterity of Hercules and Martin’s playing.

Eventually all three come up for air and Williams calls for a time check from the audience – his date for a midweek Match of the Day is looming. For now though it is time to dust off his 1977 Rhodes for the encore and the familiar refrain of the opening chords of Strings of Light from Black Focus kick in.

The intro, played at half time, builds and teases before the long awaited bass line drops and signals the change in pace. Hercules’ skippy breakbreat takes over which in turn sparks more than enough frenzy for a Wednesday night dancefloor and the odd droplet of sweat falls from the Komedia’s low, dark ceiling. Despite inevitable shouts for more, the crowd, and judging by the on stage hugs and high fives, Williams, Martin and Hercules all seem happy to call it a night there.

There’s no doubt that Williams has defined a sound and style that two years on from the release of the groundbreaking Black Focus still sounds fresh, new and exciting particularly in a live setting. The big question which seems to be to source of the post gig chatter I pick up as we funnel out of the Komedia and back into the dull December night air is where does he take it next?