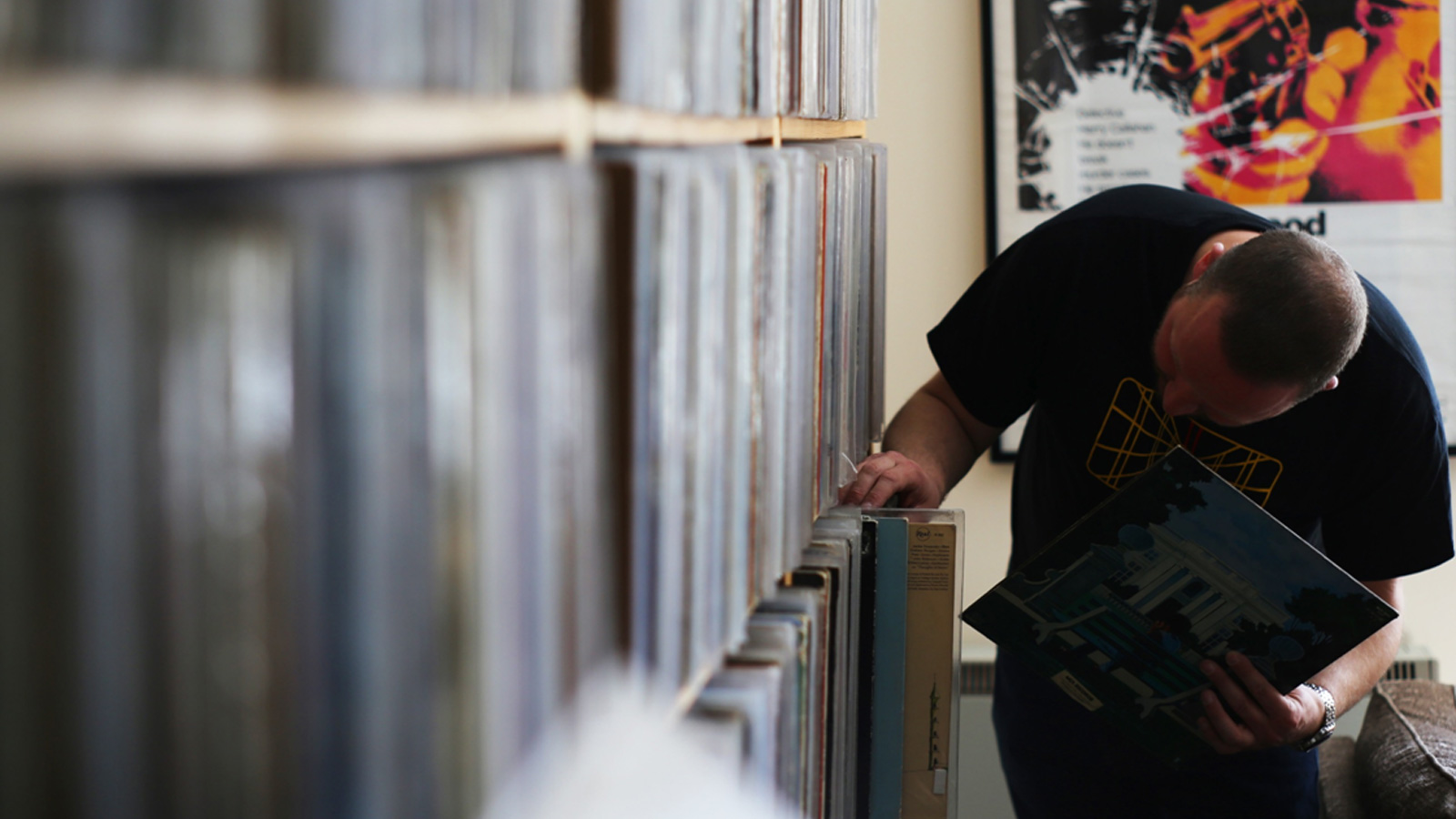 WH: For the uninitiated, can you please explain what ‘library music’ is?

SL: Library music is purpose made, off-the-shelf background music for use in media i.e. film, TV and adverts. It’s composed by some of the finest musicians and writers in the industry. Simply put, it’s music that makes visuals sound good!

Can you give us some examples of where we may have inadvertently heard some of this music?

You will have heard it from Sponge Bob Square Pants to the Wimbledon tennis theme and Monday night football, through to being sampled by both hip-hop producers and other artists. The music is ubiquitous and is quietly everywhere and anywhere. Hidden in plain sight under your nose and in your ears!

Just to be clear here, not all of the library music that’s been produced here is a treasure trove for samplers/beat diggers right?

There is some library music that is virtually ready-made for sampling; hits, stabs, open drums, strings etc. It’s crazy! But, there is also an incredible amount of totally crappy library music as well! Really terrible.

On the other hand, some of the best and most interesting music ever made in my opinion is library music. The music really speaks to your imagination and covers virtually every style known to man, and some that aren’t!

I have friends who are very into library music but for different reasons; from its hip hop/beats-related aesthetics to electronic soundscapes. What is it about library music that drew you in?

I like the mood and atmospheres, the sounds and the arrangements.
It’s quite inspiring to me as a musician, writer and producer. Over the years it has given me a lot of ideas and enjoyment. Some of the best music ever recorded is library. When it’s great, it’s the greatest…

In my experience, people who are into library music are totally obsessed with finding any records related to it. I’m guessing you’re no different?

Library is the ultimate rare and collectible idiom. The fact that it was never commercially released, and it was pressed in really small amounts with little information on the sleeves, just adds to the whole mystery of it. Not to mention that it takes a lot of digging to find the gems within vast shit piles of stuff. The internet definitely helps separate the diamonds from the rocks!

What is your favourite piece of library music and why?

This is a tough one but I’d say… Feeling’s by Stefano Torossi, Time Signals by Klaus Weiss. The Hangman Suite by Alan Tew is right up at the top of the classic albums. In terms of individual cuts there are just too many to mention!

Is KPM your favourite library label?

KPM is definitely iconic and has some great/classic stuff on it and features some of finest to ever do it, i.e. Alan Hawkshaw, Alan Parker, Keith Mansfield, Brian Bennett, John Cameron, Nick Ingman etc). I also really dig Dewolfe, Themes, Selected Sound and Telemusic. Not to mention the Italians! They were very, very special.

How did the film come about?

It was a dream of mine to see a documentary film about library music. I eventually realised that no one was going to make one so it was up to me! After years of talking and thinking about it (and even pitching it a few times), a casual conversation with Paul Elliot and Sean Lamberth (HutTwenty29) led to them approaching me about making the film together.

After years of travelling around the world and clocking in hundreds of hours of interviews we have finally finished the film! I am so happy and proud that we’ve done it. It means a lot to me to shine a light on these guys and the incredible music they have made. Credit where credit is due.

Yes, I guess meeting a lot of the musicians involved in making the film has been amazing?

That is an understatement! On so many occasions I’d find myself interviewing legendary heroes of mine and thinking how in the hell did I get here?! Had many a misty moment!

Do any of the musicians you’ve spoken to have any idea of how much their music has affected music producers since the 1980s, and how much of it has been ‘used’ since the advent of sampling?

People like Alan Hawkshaw, Brian Bennett and Keith Mansfield definitely do. They’ve made money from it and are relatively happy about it. Some of the other guys really feel like the people who sample them are total thieves! Particularly the French!

Will the film be on general release and if not where can people see it?

We shall see where the film ends up. We are currently setting up screenings far and wide. There is a lot of interest in it so far. The very first screening of the movie will be on October 6th at The British Library as part of the Whole KPM Allstars Library extravaganza. I’d love to see it end up on Netflix eventually. We shall see…

The debut screening of the Library Music film is being shown at the British Library in October.
https://www.bl.uk/events/late-at-the-library-the-kpm-all-stars-live