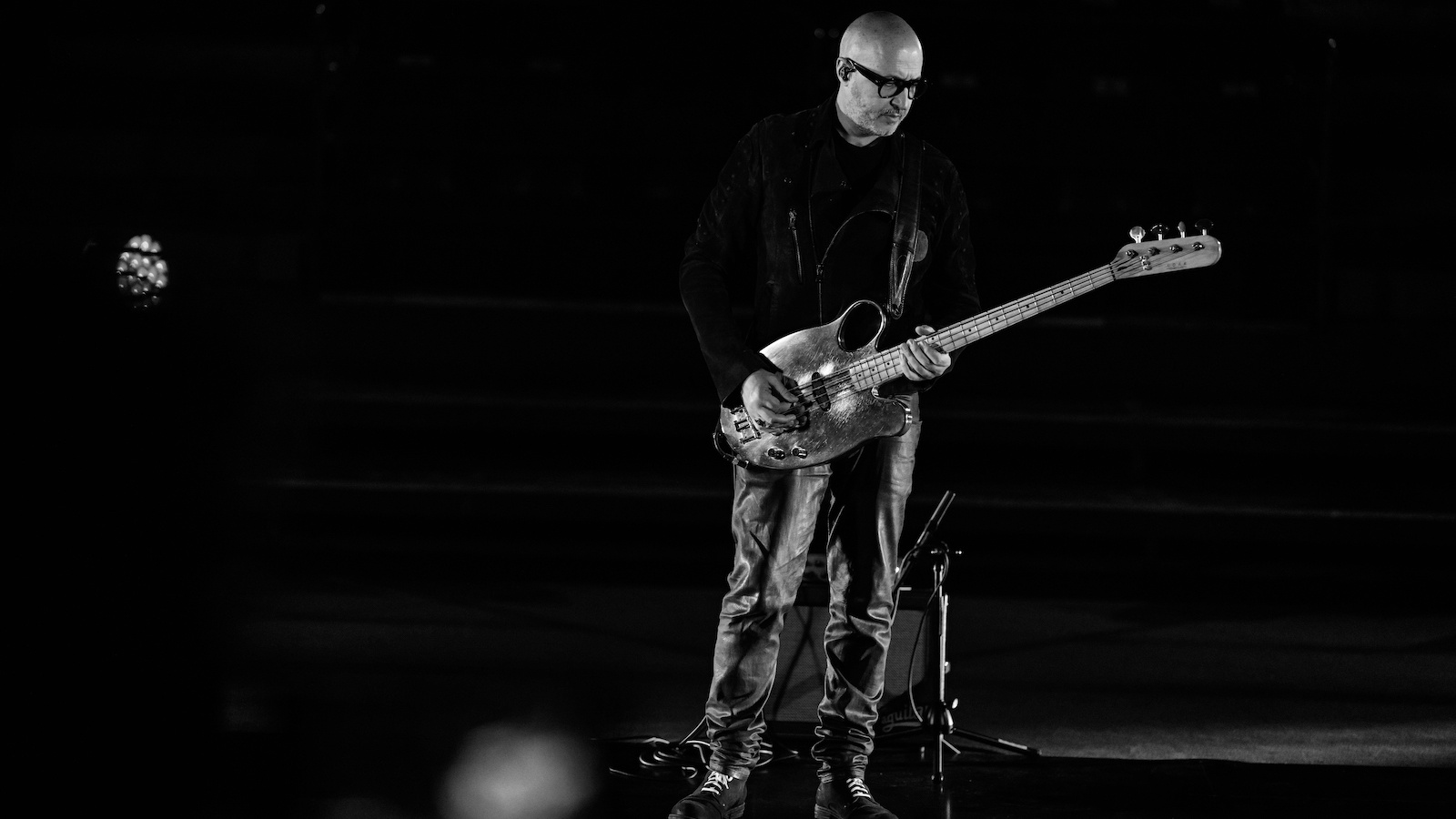 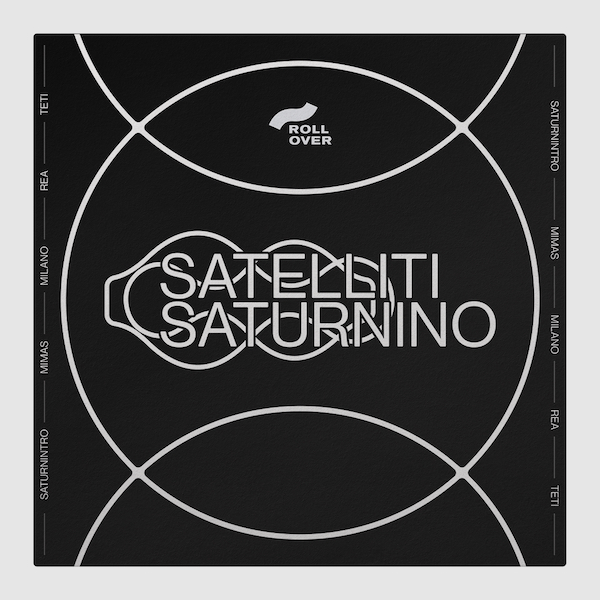 Rollover Milano Records is a label born out of a natural evolution of the longstanding and hyper cool party based at the Apollo Club in Milan. Over the years the night has hosted acts like 2manydjs, Bicep, John Talabot, Avalon Emerson, Floating Points, Red Axes, Young Marco, Dj Tennis, Maurice Fulton, and Axel Boman. Behind this quality label are founders and resident Rollover DJs Tiberio Carcano and Rocco Fusco. The idea of the label was to form a crew of producers of the same dark Disco, Deep House, Italian Funk, Balearic, and sometimes Ambient demeanour as a mirror to the club night.
The sixth outing on Rollover Milano is by one of Italy’s most accredited bass players Saturnino, in collaboration with Metatron srl, producer Pierpaolo Peroni and guitarist/producer Davide Ferrario. Saturnino (Ascoli Piceno, 1969) is considered by many accredited critics to be one of the most talented bass players on the international scene. He’s a versatile instrumentalist capable of facing any style, his albums blend influences that derive from a culture marked by classical music studies (he began studying violin at the age of five) and a passion for funky, jazz, rock and hip hop. Although open to contamination, his music excludes any form of quotation. Saturnino thus makes his own a concept of musical nomadism in which the artist is allowed to move freely, without a passport, in the territories of music already beaten in the past by others: he does not repeat passively and, always with creativity, he knows how to obtain new ensembles capable of expressing unprecedented musical identities.

A cult and popular author at the same time, Saturnino made his debut as a soloist in 1995 with Testa di basso, an album that highlights a virtuosity that is never an end in itself, great compositional skills and eclecticism. In Testa di basso Saturnino is the author of all the songs and alternates with bass, drums and guitar. The album received considerable acclaim from critics and audiences and Verve, a prestigious American label, included him, the only Italian artist, in his catalog. Verve also invited him that same year to perform at his official presentation in Italy at the Propaganda in Milan, together with Chris Botti and Gary Thomas.
Significant in Saturnino’s musical and personal history is his meeting, in 1991, with Lorenzo Jovanotti. The strong synergy that is established between them will lead to the creation of successful songs including The Navel of the World, I Think Positively, Save Me, Kiss Me Again, Saturday, The Greatest Show After The Big Bang. It is also Saturnino’s bass that constitutes the powerful rhythmic base of Il mio nome è mai più, a piece recorded by Pierò Pelù, Jovanotti and Ligabue in 1999 in support of Emergency and which, with over six hundred thousand copies sold, represents one of the most successful singles of the last twenty years.

This new EP to Rollover Milano contains five original cuts on which Saturnino’ solo bass prevails. It’s an elegant affair, with EP opener ‘Saturnintro’ drawing you into the idea and concept of what is Balearic via fluttering beats and guitar strums. One for the chuggers and early doors at ALFOS is ‘Mimas’, which packs much vivid detail and colour in its five and half minutes. The glamorous ‘Milano’ is sassy and cheeky with a vocal that wouldn’t be out of place alongside Sueno Latino. ‘Rea’ is full of fun, achieving similar levels of magic. It deceptively begins with shades of acid house and has a breakdown that will certainly see some hands reaching for the air festival moments. When it drops, its funk guitar riff will take the dancefloor through to the end of the night. EP closer, ‘Teti’, ups the tempo and dials the lights down low, with its driving beat and mesmerising bass strings. It’s deliciously dubbed-out groove takes us back to the club where we all so want to be right now.

This EP is pure pleasure from beginning to end! 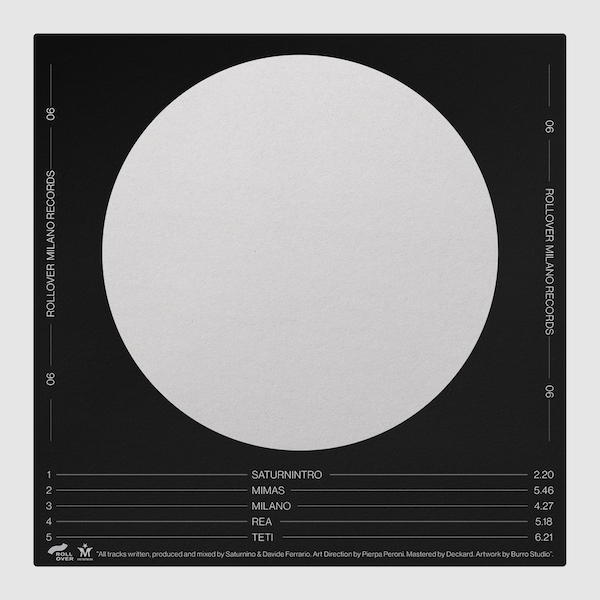