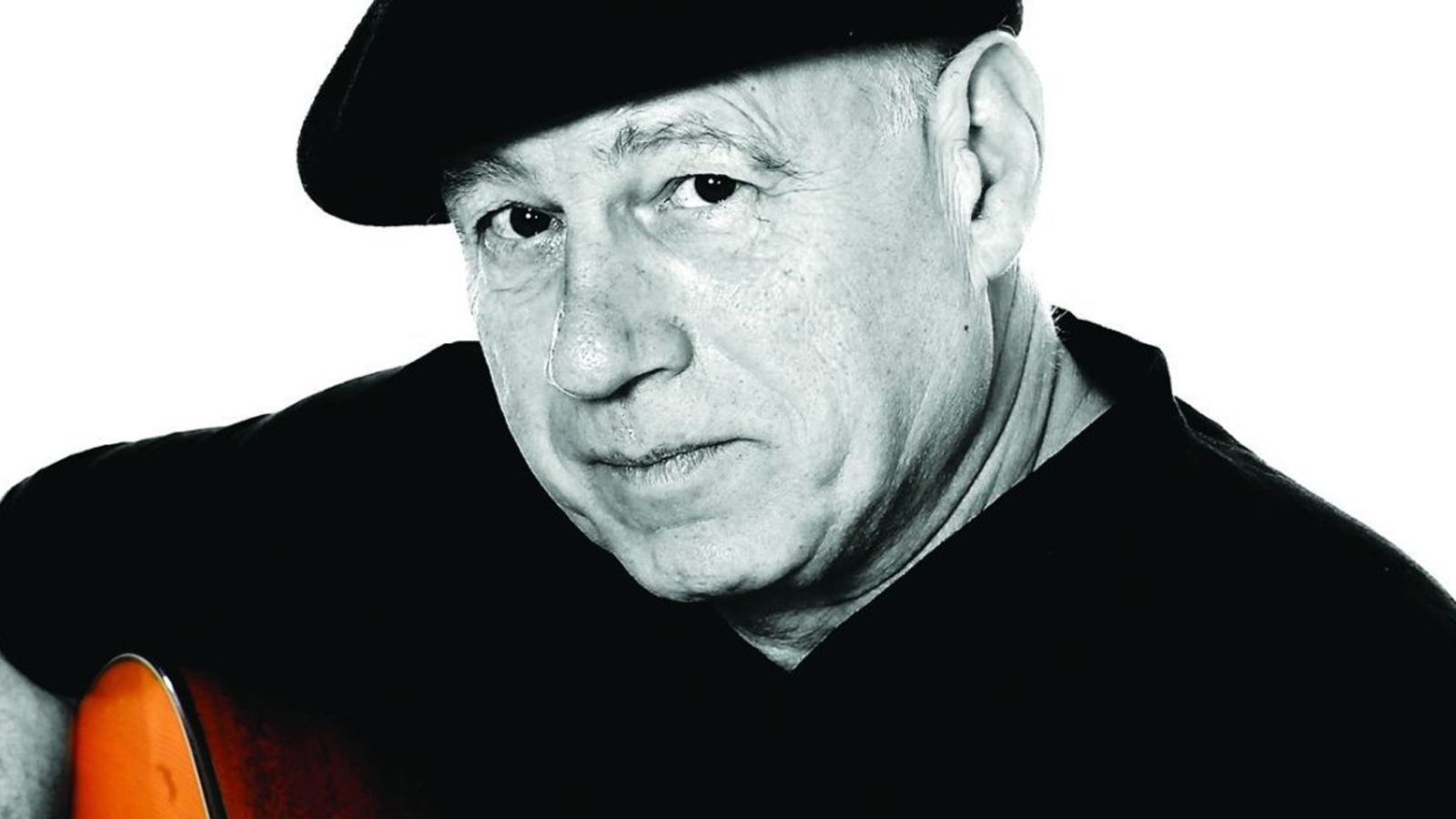 Few artists possess such a varied and impressive CV as Neil Innes. From The Bonzo Dog Doo-Dah Band, The Rutles, Monty Python and The Innes Book of Records, to his own solo recordings including ‘How Sweet To Be An Idiot’, plus his work for children’s TV, Neil Innes has influenced and entertained people across six decades. Ahead of his solo show at Komedia Brighton on 9 October, 1BTN chatted with Neil Innes..

Thanks for speaking with us today, Neil. What have you been up to recently?
Since 2016 I have been moving house, emptying boxes, hanging paintings and more excitingly, polishing up new songs for a long overdue album.

You have a very impressive CV! Which project have you been most proud of?
Proud? Not sure – it is hard enough to pick a favourite, let alone bring pride into it. But the teamwork in both The Innes Book of Records and The Rutles allows everyone involved to take a little pride in what we achieved.

How did you and The Bonzos end up working with Monty Python?
We were thrown together on a TV series called ‘Do Not Adjust Your Set’. Eric Idle, Michael Palin, Terry Jones and Terry Gilliam were all involved – along with David Jason and Denise Coffey. We did 26 programmes altogether and some would argue that it was the spawning ground of Monty Python. Come to think of it, I am proud to have been a part of it.

How did the creative process work in The Bonzos?
With a great deal of imbecilic spontaneity and a lot of free form arguing. Overall the process was one of genuine anarchy – but the final choices were happily unanimous. After 5 years, no holidays and 3 managers we decided it was time for a lie down. The Bonzos has to be one of my favourite projects.

How did it feel to be back on stage recently with The Rutles?
A little exhausting to be honest – but glorious! It was truly thrilling to hear people singing along with the songs. And after 40 years, I have to say it is rather pleasing to know the Pre-Fab Four is no longer “about the trousers”, but all about the songs. And fun that keeps on giving…

I heard a rumour that there might be another Rutles album on the horizon. Are you able to tell us anything about it?
‘The Wheat Album’ – a limited edition (“for Rutles Fans with Ears”) came out in May and was exclusive to the ‘Major Happy Tour’- but there are a few still available. You can get a copy from neilinnes.media/shop. And watch out for next May’s Rutle Tour… we really do have a great band! (and you can get “Keep Calm & Barry Wom” T-Shirts!)

How does performing as a solo artist compare with being in a band?
Working with other musicians always gives you a buzz. But on the other hand, the intimacy between audience and performer during a solo performance can generate a mischievous complicity – even sympathy – useful when things go wrong, like a leg falling off the piano…
I like to encourage people to join in. From singalongs to mass raspberry blowing – it’s all very therapeutic. After all, why should I do all the work?

Many children of the ‘80s will have heard of your music first through your music in Puddle Lane and The Raggy Dolls. How did you get involved with children’s TV?

Lunch, with an old friend from Art School, who wanted to know if I would be interested in working in children’s television. I jumped at the opportunity. My youngest was three at the time. It wasn’t just the music, I wrote stories as well, and I am still of the opinion that writing for children is more “grown up” than writing for adults. One of the most interesting and challenging periods of my life.

The Innes Book of Records was definitely ahead of its time! How do you look back on it?
With very fond hindsight. It was such a great opportunity to play with the “toys” of television – camera, sound, costume, make up, locations… Ian Keil, the producer of Rutland Weekend Television, was very keen to follow up Eric Idle’s skits with a sort of Rutland Weekend “song book”. We knew we wanted to do “songs and pictures about people and things”, but what could we call it? I wanted to call it “Parodies Lost”. He won.

You play Brighton Komedia on 9 October. How are you planning on spending the rest of your trip in Brighton?
Alas – 24 hours is all too brief. I won’t be able to go “on the town”. I am very fond of Brighton – I might manage 25 minutes in The Lanes…

What can people expect from this tour?
I will be mostly playing some old (hopefully) favourites and together with Rag Mama Rag (slide guitar and harmonica). We will showcase some of the songs from the new album.

Finally, how do you like to unwind when not touring or in the studio?
In a hammock – where I like to think about taking up painting again…