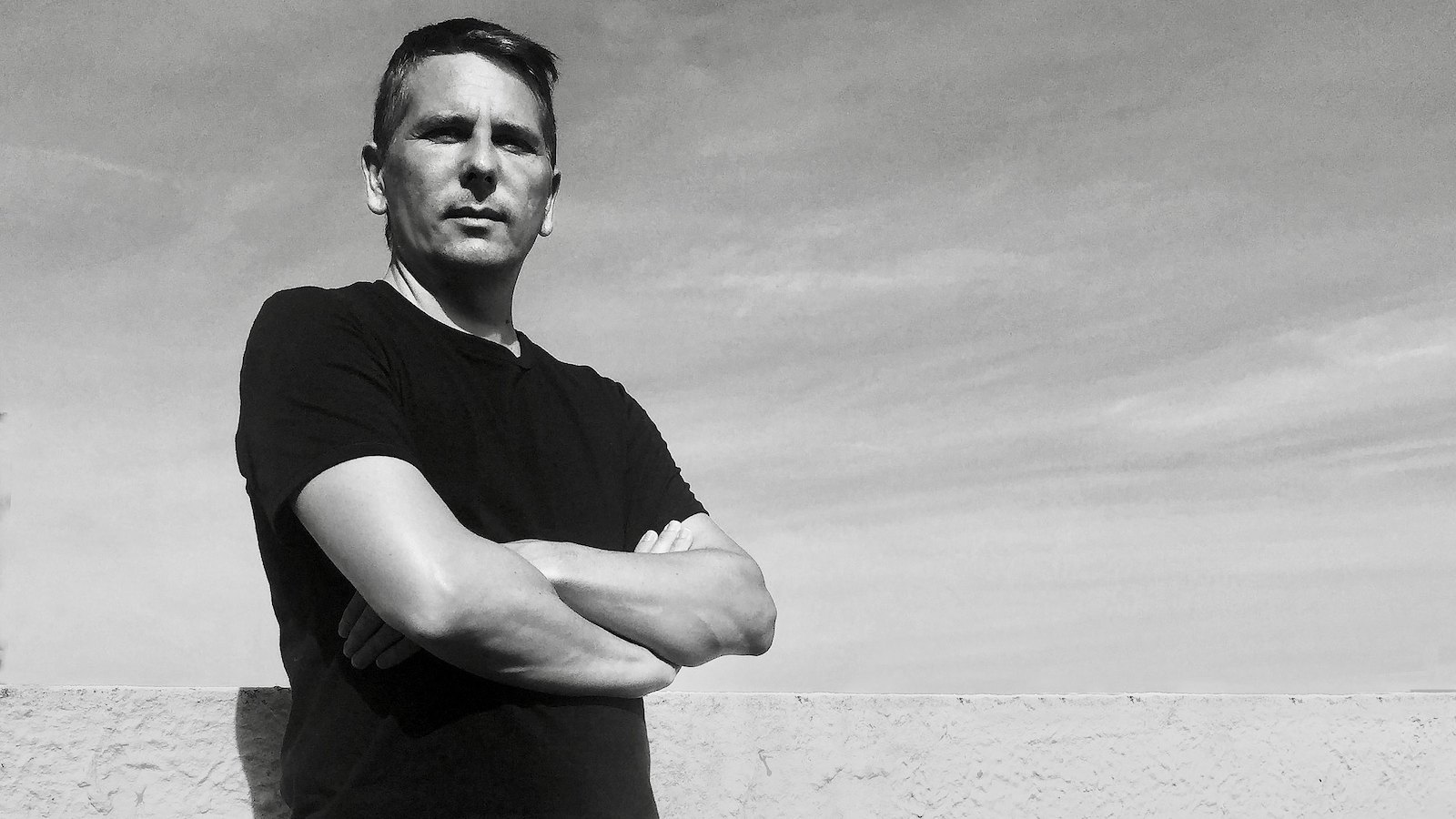 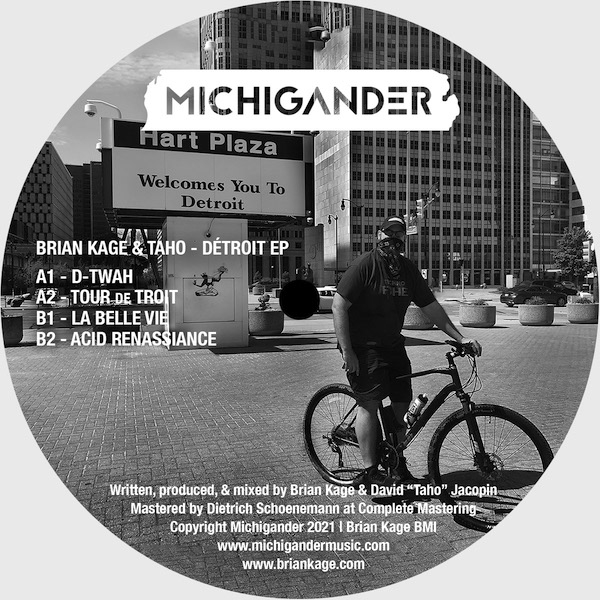 Detroit born-and-raised Brian Kage has released well-received techno and house music on Omar S’s record label FXHE, Carl Craig’s Planet-E, Steve Bug’s PokerFlat, Rob Modell’s Echospace, and his own label, Michigander. Kage is also the co-founder of Beretta Music where he first discovered talents such as Seth Troxler, Ryan Crosson, Luke Hess, and more. Kage was recently crowned one of DJ magazine’s “10 Detroit Producers Keeping the Sound of the Motor City Alive.” When he’s not working on his own music, Brian is working alongside local and international acts to mix, master and engineer their music with “KageMastering.” Clients have included Delano Smith, Omar S, Ataxia, John F.M., Monty Luke, and many more. A vital part of Detroit’s rich techno history, Brian Kage is one of the artists and producers providing the score for the Motor City’s continuing rebirth. Recognized as one of the most creative producer for the last 10 years.

Taho is well known for his Hypnotic Drive, Jazzy Chords, and Hi Tech Soul Atmospheres and yet Dynamic and Powerful beats, he is a one of a kind! His ability to take the audience to higher states of consciousness is just out of this world! The audience never knows what to expect, getting higher and higher, while Taho surfs with ability in genres and influences (Dub, House, Rock, Jazz, Techno, Classical, World Music etc). The international and acclaimed artist recently appears on Ministry of Sound and Global Underground compilations thanks to Dubfire, François K and Techno Godfather Derrick May who compiled his productions. His last opus on Josh Wink’s imprint Ovum got him in the Top 10 Big Tunes in Mixmag. Over the years Taho performed all over the world in cities like Paris, Amsterdam, Hambourg, Amersfoort, Utrecht, Delft, Rotterdam, Brussel, London, Toronto, Moscow, Papeete (Tahiti), Barcelone, Fraga, Oviedo, Lille etc… always transmitting the sound of another world!

The electronic music world knows to put respect on the Motor City, but the “Détroit EP” represents a fusion, emphasizing l’accent aigu — not a typo or spec on your screen that needs cleaning. Between Kage and Taho, their production pedigree includes releases for labels like FXHE, Planet-E, Delsin, F.Comm, and more, so it’s no surprise the pairing makes for a masterfully produced EP covering the spectrum of Detroit house and techno sounds, with an added deft touch from its French connection.

“D-Twah,” the D’s first pronunciation, opens with classic Detroit house energy featuring all the modern accoutrements. Distant chatter between solar systems gives way to a springy bass line that sets off an interplanetary party starter with uplifting piano chord progressions and just a touch of scattered cosmic disco effects. Angelic synth choirs and arpeggiated lines introduce short breakdowns before all systems fire back up. This one is surefire fuel for the discothèque.

“La Belle Vie” picks things up with playful hand percussion, a driving guttural bass, and heavy Detroit techno stabs, reminiscent of its title in translation, one of techno’s greatest hits a la Inner City. Beautiful strings sneak in building tension and drama before a piano releases any pent up energy through the stratosphere. It begs to bring on the underground warehouses or Movement festival stages again.

Entering electro terrain, “Tour De Troit” encapsulates Detroit’s earliest robotic impulses, starting with inimitable, snappy 808 drums, which are pedaled over with deep pads and a revolving acid bassline. It drifts off into dreamy territory with smooth, jazzy synth waves before funky keys coolly cut through the haze. Whether early in the night or afterhours, breakers are always prepared to slide across the floor for this sound.
“Acid Renaissance” offers a clear epilogue to this journey with its cinematic and orchestral symphony. These emotive elements tower over electric undercurrents that complete an ending fit for having stumbled upon some epic space age discovery. At a time when NASA’s Mars Perseverance Rover just provided the first audio recording of the Red Planet, this could very well have been the film score to that mission.

If Detroit’s electronic music history is seen as a time capsule, Brian Kage and Taho have opened it, rearranged its parts to fit their mutual influences, and sealed it back together with a project worthy of future explorations. 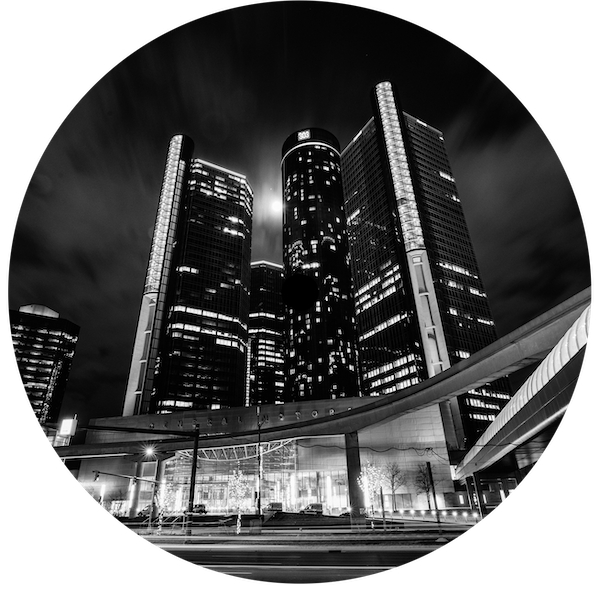