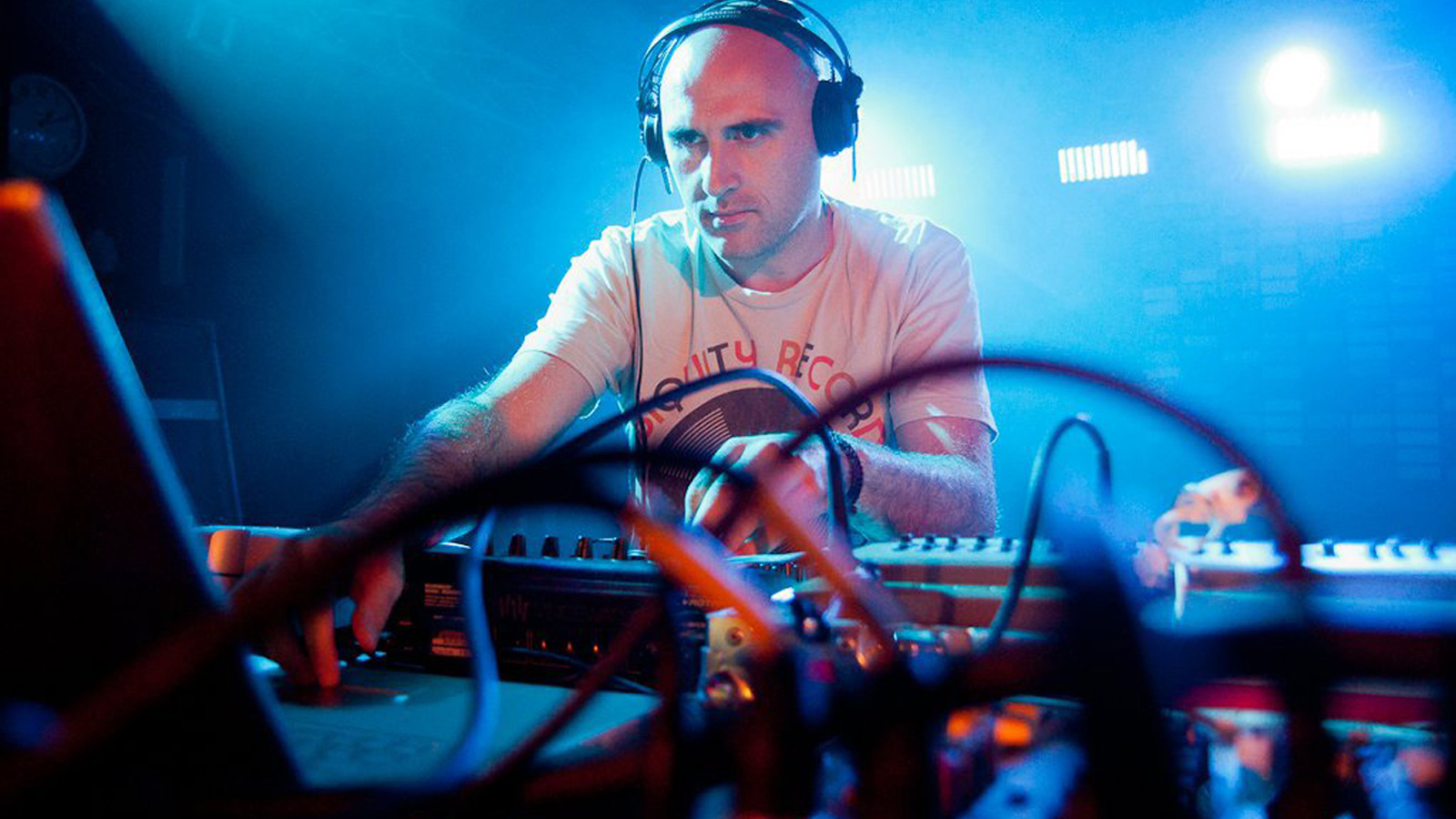 We speak to the prolific veteran Scottish producer about his 2 new albums, Via under his own name and a new alias, Quart.

You are living in Amsterdam these days – why the move there?
Ive been here for 9 years almost already….always wanted to live here, always had lots of gigs here, and there isnt too many places quite like it anywhere. Ironically im not here for what most visitors come for either…its all about the music, and my wife..who was in the crowd at a gig at Studio80 once.

I first remember you from my days working in Fopp on Byres Road in Glasgow, selling your Rotation 12’s! Are you still in touch with Dave Angel?
Wow…you probably served me a few times then haha. Yeah on and off….he’s playing my new music and likewise. Talk of a Rotation relaunch as well…lets see…

You have a very impressive long techno history with many different aliases – you seem to be very prolific under your own name but then a break for a few years. What else have you been releasing?
Ah the alias’ situation….well its a long story, but the short version is that way back I was under an exclusive recording contract (never do it young, padawan learners!!) so had to use different names. I have been using only VW for around 10 years, however I just recently started a new phase of my career, where I will be launching several new alias projects….but they will all be very very different music from each other, so there is merit in my plans. The just released Quart album on BBE is the first of 3 new projects.

You have released 2 albums this year, Via under your own name and Life is Beautiful under a new alias, Quart – was that a deliberate process?
Yes, just to elaborate on the last answer….Via was actually my first House and Techno “only’ album since 2005…all my albums since have been all over the place in terms of direction..so i wanted to tighten things up and deliberately guide my musical output in different directions.

Via is a natural progression from your previous releases but has a deeper more mature sound – would you agree?
Yes…that comes with experience and having a proper studio again but it also comes from having a concept and following it through from start to finish. Via was created to vill the void between gigs when your driving around EU and was a carefully told story of experiencing leaving a club on a high, getting in a car..driving to another gig, and getting ready mentally for it. Ive had several people tell me they thought it was a perfect ride…so i’m happy with the results.

Quart is a new direction for you though it does have roots in some of the tracks on your Every Soul Needs A Guide from 2012. Where did this album come from? What was going through your mind when you wrote it? It sounds very introspective to me.
Its really introspective yeah…its probably my most bare production to date. Totally raw me. It was inspired by the birth of my daughter in 2016. Its me and Winni’s handprint’s on the front cover too. I literally had 3 idea’s half baked before she was born….and after that it all just came out. The track titles are all part of it as well, Right Time Right Place, Inspiration, Never Say Never (having a baby lol)…you get the idea!. As I mentioned previously, I have dabbled with all genre’s in previous albums…but for the future-jazz and downtempo stuff I really wanted to do that for a long time on its own. Originally entitled The Watson Quartet, I just shrank it down into Quart.

Why have you decided to release the Quart album on BBE rather than your own label Everysoul?
I wanted a properly established record label to release it. For a new artist name on a relatively unknown label (ive still not really launched Everysoul yet lol) it would have been too much hard work. BBE were absolutely the perfect pick for this. When the releases after you are Gabriele Poso, Roy Ayers and Mingus you know your on the right label.
Have there been any particular influences that have shaped Quart?
Many…too many to mention but I would say the 3 best influences are 4Hero, Cinematic Orchestra and Jazzanova.

Is it all performed by you, are there any live instruments?
Everything is written and played by me. The original concept of the album (and still is) is to have this album on tour with real musicians with me co-ordinating and programming keys. All the music on the album however is 100% electronic, although I absolutely did my best to make some of it sound organic.

What have reactions been like so far. Personally, I think Quart is a big contender for album of the year.
Wow thats lovely of you to consider the falbum in that regard, appreciate that greatly. To be honest, the reaction has been quite humbling. I mean, im used to getting tons of feedback for releases on bigger labels and thats also a great feeling…but for this it was quite acute due to the fact that the fanbase, DJ’s and promo list were completely different to where my music naturally ends up going to…so I hadn’t known who a lot of the names were giving feedback, only for me to find out there are at the top of their game in that genre of music. So its been quite fascinating to discover these new area’s.

What do you prefer – studio, live or DJing.
It doesn’t really work like that for me…I only go in the studio when im in the mood or when I feel something wants to come out. I never go in when i’m fighting against something else going on and im not in the right place for it. This causes problems with deadlines sometimes but thankfully I’m pretty ahead of schedule most of the time. For gigs though…it can be tough but you gotta leave your shit at the door when you walk on that stage. We are not robots so its tricky sometimes when people expect nothing but your best all the time…but that the professional part of your business. It doesn’t matter if there is 5 people or 5000 people, you gotta do your best to entertain, end of story. I go through phases of enjoying DJing more than Live sets and vice versa…but I never prefer them. When your in the privileged position of being paid to play your own music to people in another country, preference shouldn’t be an issue.

Will there be more Quart releases or is it a one off? Any thoughts on remixing any of the album?
I’ve already begun the second album. I am 2 tracks in. These new projects are not something thats going to come and go. They are here to stay until the end of my career. The long term objective is simply that I have an output for whatever music I have created in the studio. We are talking about the possibility of a remix album for ‘Life Is Beautiful’ at the moment with BBE, lets see.

After 20 years, 150 singles, 70 remixes and 9 albums are you planning a break at all?
No. I have lots of time off…i plan my weeks carefully, I take a break every 2 hours no matter what…and I also plan 10 week genre blocks the 2 weeks off every 3 months. Since taking this approach my production levels have dramatically risen. I am currently sitting on 3 albums for other unreleased projects for example. I took an unforced ‘sabbatical’ in 2007 and didn’t release any music for almost 2 years. It was the single worst decision I’ve ever made in my career, the timing was terrible as I was playing a lot and my releases were selling well. Circa 2 years and I literally had to start from the bottom again, was really difficult as the music had changed dramatically during those 2 years.

I’m waiting on the 3rd Yoruba single being scheduled in, another 4 tracker for Osunlade’s label. Its quite different from ‘Eminesence’ and ‘Another Rendezvous’…but looking forward to it. If anything its even more ‘afro-house’ than those 2 were. I have also sent off the next VW album to a label and waiting on the go ahead. Its a massive double album project of 20 tracks, all original and very specific, cant way anymore…but i’m super excited about this one. Trying to find an A-side track for another Cocoon release as well, and I will be putting a single out on Everysoul soon as well.