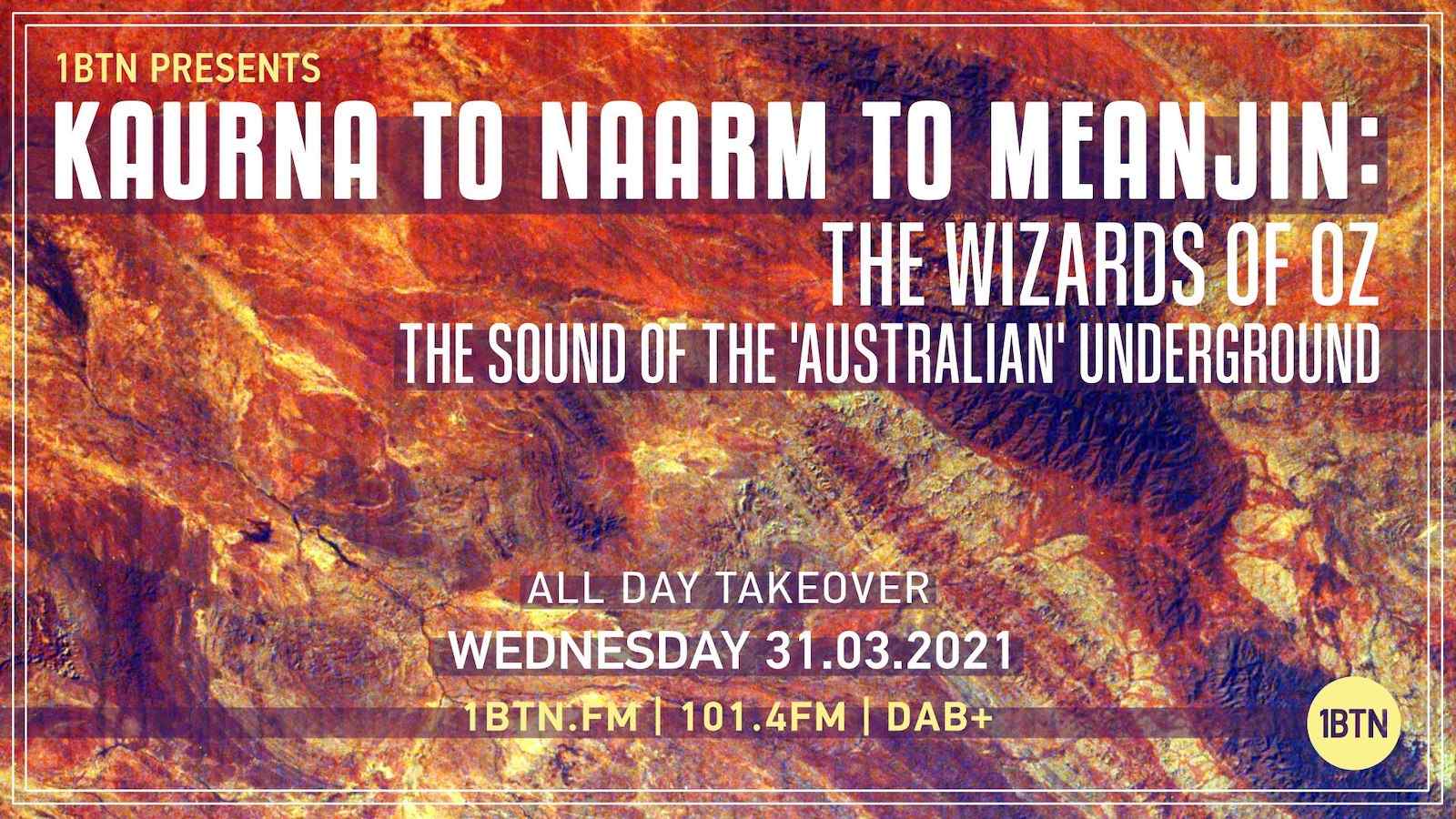 On the 31st March, one of Adelaide’s finest beat producers, Inkswel, curated a day of special mixes featuring some of the best selectors from the cities of Naarm (Melbourbe), Meanjin (Brisbane) and Kaurna (Adelaide). Shouts out to our man Aroe, who also helped to put the day together. The day consisted of approx. 14 hours of music taking in hip-hop, soul, funk, beats, house, electronic and broken beat. You may wonder why we have used the indigenous names of the three cities? We shall let the main man explain –

“Curating this takeover comes with a lot of joy and pride, the multi faceted music community we have here locally is growing daily and the many faces of it so broad it’s hard to portray a fair and complete picture.
I’ve attempted to grab from the random framework a story of the unheralded selectors, who although are still infamous in their own right may not be as obvious as expected. The term Australian is one I like to use loosely for this take over, we are a country born on the backs of oppression and colonial rule but also multi culturalism, the term Australian is a lie, we stand proudly on indigenous land as visitors to the rightful aboriginal owners of this beautiful country, it’s an honour to call this place home as a visitor, I was born here but my heritage is not here and I am eternally grateful to stand on aboriginal land.
I hope this selection of DJS, music makers and tastemakers provides a good spread of our underground scene here and it’s many facets, genres and faces”
Inkswel.

The selectors on the day (in order of appearance)

The Record Caddy – Naarm (Melbourne)
Anna aka The Record Caddy grew up on the traditional lands of the Dja Dja Wurrung and the Tuangurung peoples of the Kulin nation; they are the rightful owners of this land. Three years ago Anna moved from Melbourne to the Brighton area with a suitcase full of rare Aussie breaks, funk and a whole lot of Melbourne’s emerging talent at the time and she hasn’t looked back since! Today’s show will be packed with Anna’s favourite Australian leading ladies and a couple of pieces of rare funk. Of course this show wouldn’t be complete without some blistering modern Aussie funk from and to finish Anna will be sprinkling a little bit of world music hailing from Melbourne.

Karate Boogaloo – Naarm (Melbourne)
Known as ‘The Boogers’ Karate Boogaloo are a 4 piece soul and funk band and part of a tight-knit music community. The quartet spent their early-20s recording in mouldy home studios and sweaty attic recording spaces, reimagining deep funk and wonky soul into an off-kilter sound that leans heavily on cinematic themes, classic breaks and library music. A sound delivered with a highly refined sense of inelegance, tongue-in-cheek humour and a sometimes jarring dose of zany 21st-century surrealism. Making up the rhythm section of long-time Melbourne soul favourites The Cactus Channel, Karate Boogaloo remind us of the beauty of colouring outside the lines; their unconventional funk guided by a steadfast commitment to bending the rules.
https://karateboogaloo.bandcamp.com/https://www.facebook.com/karateboogaloo
https://www.instagram.com/karateboogaloo/

Dj Katch – Meanjin (Brisbane)
DJ Katch started breakdancing crew Original B-Boy All Stars and Phat Beats, a Brisbane hip hop radio program still running today. Katch is also a founding member of Resin Dogs. Uniting live music, turntables and guest MCs, Resin Dogs mash up a pure blend of worldly sounds. Modern hip-hop drenched with dance and all the flavours of breakbeat, dance hall, dub and funk. In the revolutionary spirit of hip hop they created their own style, one of instruments Vs turntables – it’s all about musicians jamming with DJs as guest MCs and vocalists tell it like it is. Katch is also label Boss A&R & all other things at Hydrofunk Records
https://www.facebook.com/HydrofunkRecordsOfficial
https://www.facebook.com/ResinDogs

Surprise Chef – Naarm (Melbourne)
Surprise Chef are Coburg’s cinematic soul journeymen, pushing moody shades of instrumental jazz-funk with a DIY mentality. Operating out of Melbourne, here is a group who have been showcasing jazz and DIY experimentalism in a whole new light. The four piece group have been making waves amidst funk, soul and jazz communities the world over and most recently released a nine track album via longstanding UK based imprint Mr Bongo, a label which has become an authority in the sound. “All News Is Good News” was released in July 2020 and was met with critical acclaim, it was well received and showcased the instrumental capabilities of a group very much on the rise.
The centrepiece of the College Of Knowledge Records roster, Surprise Chef’s output reflects a meticulous education of 1970’s soul, touching on the legacies of composer/producers David Axelrod & Isaac Hayes, with cues also taken from the catalogues of Daptone and Truth & Soul
https://www.facebook.com/aristosthefunkysurprisechef
https://surprisechef.bandcamp.com/

Lakota – Kaurna (Adelaide)
Lakota is an Arabana & Narrunga Woman from South Australia.
Grown around eclectic music scenes in Adelaide & the festival scene of the East coast: music is her strength, survival & a fundamental expression.
Expect earthly delights packed full of attitude, weaved with tidings of her experience as a First Nation’s woman in a colonised country

Temple – Kaurna (Adelaide)
TEMPLE is a solo project from Adelaide based artist Ben Smith. Ben has spent the last decade running a record label, playing in bands, touring Australia and playing at festivals including Rainbow Serpent, WOMADelaide, Wide Open Space and Strawberry Fields Festival to name a few. Throughout this time Ben has been working on solo material, while writing and producing records for other people. It’s now finally time to share his musings. You can catch Ben’s releases on Black Riot Records
https://www.facebook.com/Templeunofficial/

Sadiva – Naarm (Melbourne)
SADIVA is a female beat-maker. Lab Co’s first lady and fierce lover of Lofi Hip Hop & Boom bap, Sadiva brings the fire that ignites her passion to her performances, She is an intergral player in Melbourne’s fast growing sampling culture. Only three years into her career, SADIVA had emerged as one of Melbourne’s integral players in the sampling/beat scene. She has released two albums (Lethal Chops and Minutes) and two compilations (WOW VOL. 1 & 2). Her latest release, Minutes, made Bandcamp’s “Best Beat Tapes of May 2018” list, and WOW VOL.1 was selected for both “Best Beat Tapes of March 2018” and “Best Beat Tapes of 2018”. Together, her music has been streamed over 2.7 million times on Spotify.
https://sadiva.bandcamp.com/

Miles Ago Records – Meanjin (Brisbane)
The mission at Milesago is to offer hand picked gems from the mid period of antipodean hip hop music that have long been unobtainable. Milesago selected and licensed some of the finest releases Australia has ever seen with the consent of the original artists, and remastered them for your listening pleasure. Milesago is the brain wave of both Len-One and AkidcalledChubz and was created to supply the demand for quality home-grown beats and rhymes that deserve the respect and attention of another press run on various and preferred physical formats. The first offering from this new imprint is a series of limited edition presses of iconic local anthems presented on the humble 45rpm 7” vinyl record. Perfect for the DJ or discerning collector, these 45s singles have been remastered by Joe Carra at Crystal Mastering to offer a higher quality sound than these elusive, and now hard to find first pressings had originally. Artwork for this archive series is a run of hand screened 250gsm card covers lovingly produced by bespoke Brisbane based printer No. 7 Print House, with each release re-imagined and designed by the illustrious Hams of Milestone Workshop. You cannot look toward the future without acknowledging the past
https://milesago.bigcartel.com/
https://www.facebook.com/Milesago-Music

DJ Butter – Inner Tribe Records – Kaurna (Adelaide)
Dj Butter aka Elfuentes hosts up an Inner Tribe records special.
Inner Tribe is a record label and community group founded by Adelaide based Dj & producer, Inkswel, based out of family and its intrinsic connection to all it surrounds and influences. Literally being about family first and foremost.
Inner Tribe is the logical next step to foster the worldwide music community around them. The label’s main purpose is to create opportunity, community, collaboration and empowerment. The radio show is the reflection of that, showcasing the label releases and related content, artists from their home town and stuff they love abroad, all in a magic melting pot of genres but with a strong hip-hop and neo soul back bone.
https://innertriberecords.bandcamp.com/

Aroe + Dj Format – Brighton, UK
A little closer to home! Worldwide graff don, Aroe, and Dj, turntablist, producer, digger & compiler Dj Format produced a killer Australian breaks special a while ago for 1BTN. They seemed like the logical choice to join this roster and run a part 2 focusing on more extensive breaks, soul and funk from down under. These two selectors know a thing or two about rare records picking up obscurities from their travels around the world. Rarities, oddities, some known and unknown, the one sure fire guarantee is the quality of each record thrown down. Big.
https://www.instagram.com/aroe_heavyartillery/
https://www.facebook.com/DJFormatUK

Ben Emes
Hailng from Oslo, Benjamin Emes moved to Melbourne in 2011 and has since been making a name for himself across the local DJ scene. His sets are often influenced by anything from Soul, Jazz, Funk and Disco to House and Hip Hop beats.

You can catch all of the mixes here – 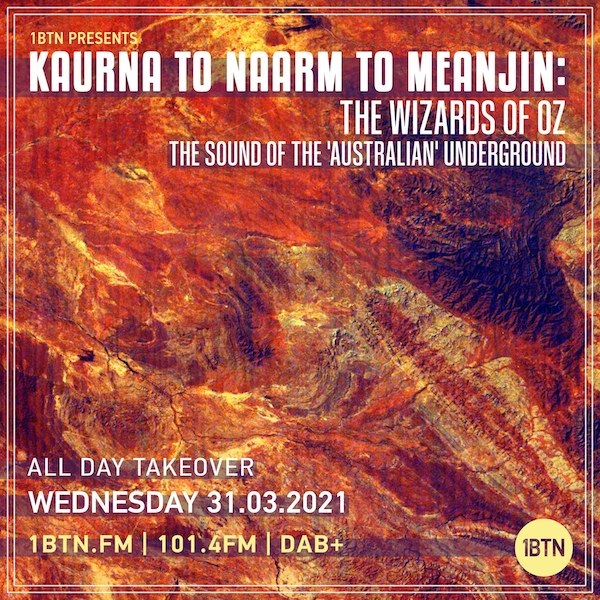