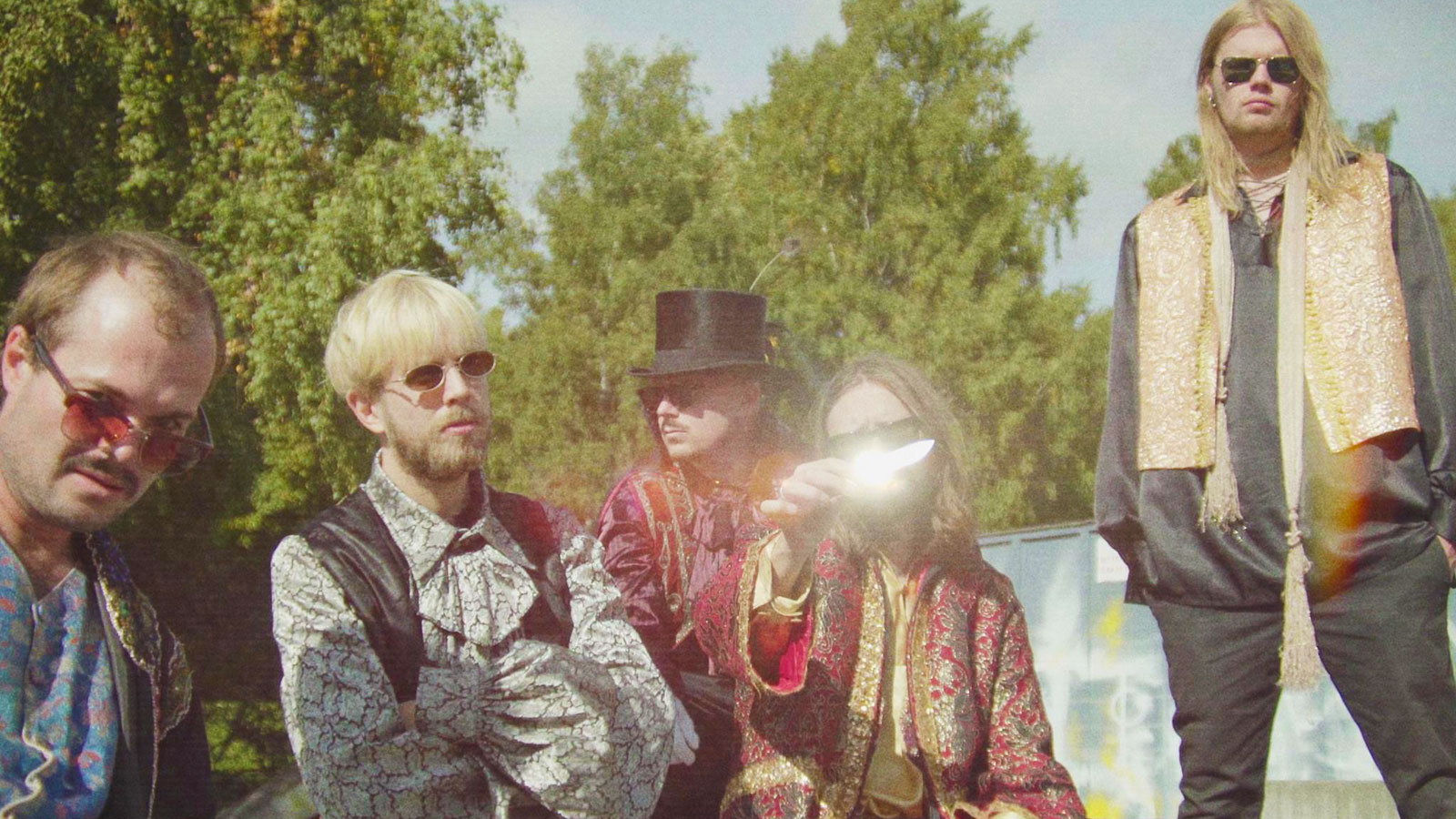 The Hubbabubbaklubb crew take time off from cruising on their Mopeds to talk about their debut LP.

SO TELL ME ABOUT HUBBABUBBAKLUBB – HOW DID YOU ALL MEET?
In kindergarten. We where always arguing who was Donatello in Turtles.

HAVE ANY OF YOU BEEN IN ANY OTHER BANDS PRIOR TO HUBBABUBBAKLUBB?
Yes, and we still are. Pål and Ole plays in Gundelach, Morten is busy with Skranglejazz under the pseudonym Lille Konge, Jonas has his solo project called oystick Jay and Ollis has his project Olefonken. That way we all get to be Donatello! Cowabunga style!

MOPEDBART WAS A HUGE UNDERGROUND HIT AND ITS SOUND WAS VERY UNIQUE. WHAT WAS THE INSPIRATION BEHIND IT?
If you really want to go trainspotting I guess Magnus Uggla’s – Sommartid (remix) was a huge inspiration for us. Mostly the mood, maybe, but also the fact that he cruises on a chopper which just painted a really romantic picture for us. I remember the first time we heard it on Tim Sweeney’s Beats in Space – it was just this
feeling of, is this old or brand new?And I guess we wanted to try and get the same feeling – only in Norwegian this time. So it was very lo-fi, two mics on the rums, bass straight into some crappy sound card, a midi keyboard, a cheap condenser mic for the vocals and a guitar with a pretty nice amp. Not to forget that the
room was not grounded at all, so a lot of humming in every instrument. It just ended up sounding very ‘bedroom’, which is very natural since that’s exactly where it was recorded. All the synths were on the bed and the computer was set up in an old fire place. I guess the feeling was just right.

TALK ABOUT THE PAUSE IN MOPEDBART BEFORE IT GOES ‘LA LA LA LA’ MID WAY THROUGH, WHERE DID THAT IDEA COME FROM?
Well, to tell you the truth we where shitfaced at this point, and it was very late at night. But we had just been at a party at our friends house some nights prior to this and we where discussing how they where just listening to so much shitty music, all these football anthem sing-a-long type of songs, which we have really never been that into. So we thought maybe this could be the first song that both they and ourselves liked, so we made that third chorus and thought it
was funny. But when the master came back and we heard it again, we where all a bit red-faced and thought should we really keep that in? No way! But we ended up doing it for our football friends and we are really glad we did, since that’s the part when everybody let’s loose and yeah. Sing-a-long!

WHY DID IT GET SIGNED TO AN AUSTRALIAN LABEL?
Joystick Jay, who had already released some very nice edits on Disco Delicious, sent Andy Webb (Hey Andy!) from Death Strobe some more demos after that. Mopedbart was a bit over one minute long and, Lille Søte Svanse was an instrumental piece at that point. But he really liked them and wanted to release them on a 7”, so we figured what the heck, at least us five in the band like it and now we have some Christmas gifts we can give. We thought that was about it. It certainly got a bit more attention than that. So thank you to all the listeners and sharers!

GOT ANY SPARE COPIES OF THE 7”? (HA HA!!)
Actually we don’t even have it ourselves any more, so please, some one give us some copies goddamnit. Nah, but Mopedbart is on the album though. So go get that
instead and keep the change you filthy animals!

THE NORWEGIAN SCENE HAS BECOME VERY STRONG IN THE UNDERGROUND DANCE SCENE, WHAT DO YOU SEE HAPPENING IN NORWAY IN THE NEXT FEW YEARS?
More of the same, hopefully. New stars on the horizons – like Frantzevaag, Raaja Bones, Melkeveien etc. And that Chmmr album was way underrated if you ask us!

TODD TERJE IS THE ARGUABLY THE BIGGEST NORWEGIAN STAR RIGHT NOW, WHAT DO YOU THINK OF HIM?
As far as we are concerned he can shove that Arp2600 up his as…! Haha, nah! You got to be insane to dislike that stuff, no? It just always works and his music has helped us plenty of times on an empty dance floor when we DJ.

WHO ARE YOUR MAJOR INFLUENCES?
Too many to mention, but to name a few it would be something in the ballpark of: Prince, MJ, The Doors, Kraftwerk, Röyksopp, dibidim, KongSverre and Frank Aleksandersen.

WHAT NEW MUSIC ARE YOU CURRENTLY LISTENING TO?
These days we are listening a lot to HYMN. It’s the main project to our bassist Ole, and it is heavy rock at it’s best if you ask us!

HOW DO UK AUDIENCES DIFFER FROM NORWEGIAN ONES?
Never played there, so we don’t know yet. But we guess the biggest difference would be that they don’t understand a single word we are saying, except that line in Mopedbart which goes: “I farted Pokemon”!

ANY PLANS ON PLAYING LIVE IN THE UK TO SUPPORT YOUR LP?
We hope so, ask the bookers!