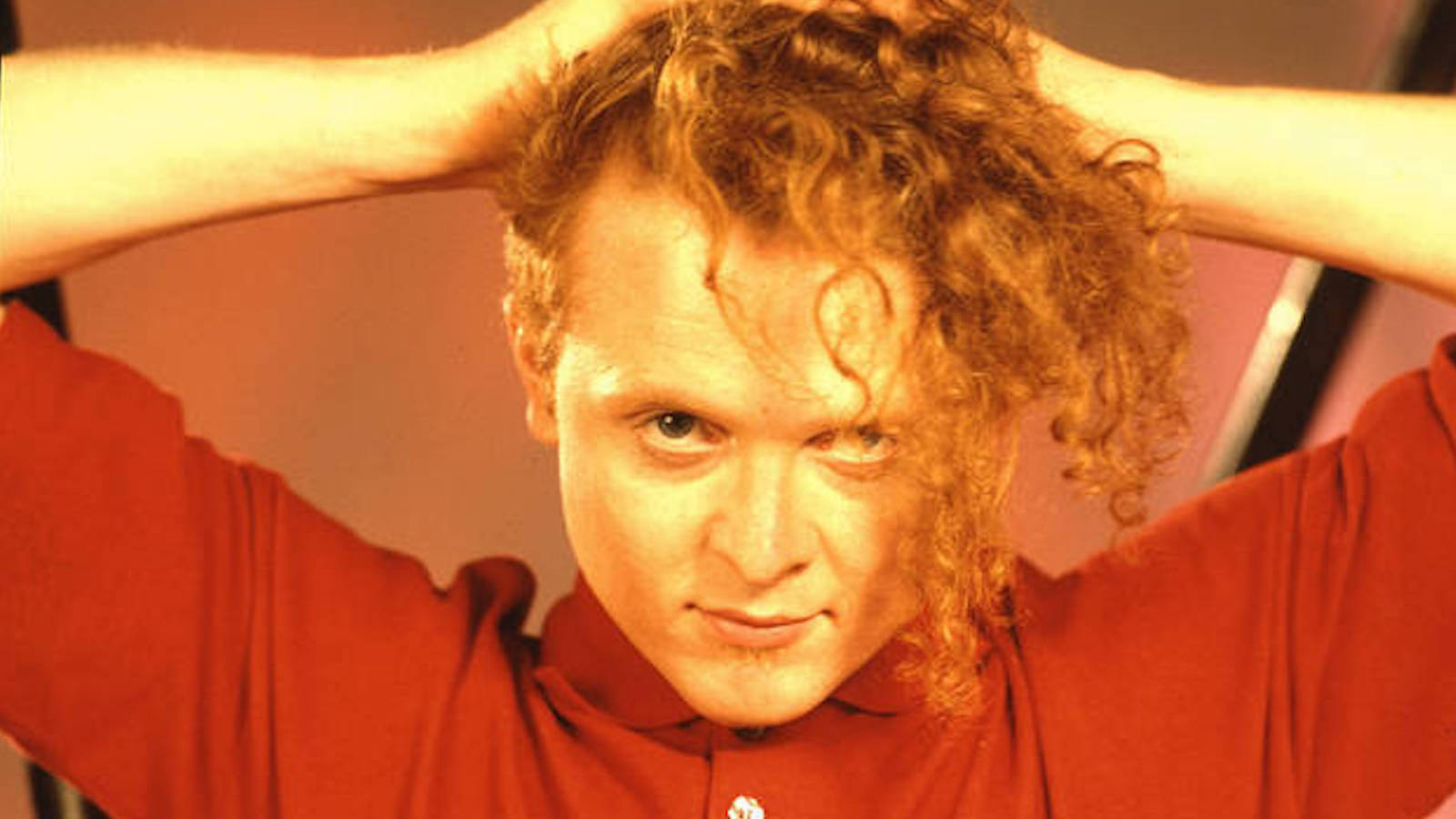 Guilty musical pleasures – What are they? Why are they? And what’s to be guilty about!? Jo Dressler goes in search of the uncool …

Being British comes hand in hand with being embarrassed; embarrassed to dance while sober, embarrassed to admit you find someone attractive, or not, embarrassed to even admit you’re into something that isn’t very popular, and with this socially constructed shame come guilty pleasures. I felt like digging deep, into the archives and the minds of the 1BTN DJs and finding out not their best, most admirable tastes, their most experimental, up-to-date or even likeable tunes, but what’s to be found in their private playlists on Spotify, their most loved, covered in dust CD cases they can’t bear to throw away, the vinyl they keep safely sandwiched between the rest, not to come out when guests come over. I’d really like to know what would be the most embarrassing but loved music of theirs they’d hide from a prospective love interest, the artist they wouldn’t dare play on 1BTN, for fear of minus cool points. You get the picture, guilty, cringe worthy music but which still moves you to tears, to dance, or to bellow the words to after having consumed considerable amounts of alcohol.

When I asked all the DJs to share their guilty pleasures, all manner of things came my way, though what was deemed guilty seemed to be dependant on what epoch they were born in, what age they were, what scene they were plugged into. It seems to be there is this nebulous of ‘cool’ which shifts and morphs between decades and sub-cultures. There are things that are deemed uncool because they’re either too mainstream, too cheesy, too nerdy, or the lyrics of which are just too inappropriate for our current lexicon. Think back to your teens and imagine what you would/wouldn’t have played at a party, but would have relished under the safety and shelter of your own duvet tent. Like I say, this nebulous shifts and morphs and genres and artists come in and out of fashion, giving us ammunition to lovingly defend our guilty pleasures, because at some point, they were the height of cool.

There was plenty of ABBA related banter, as well as The Spice Girls, Wham, and a fair few fans of the Bee Gees surfaced. (And people suggested things that were just bona fide bangers and nobody else could accept were guilty pleasures at all! Some didn’t make the cut! – Ed) The more people admitted to, the more music and the more memories were unearthed, and music did just what it does best, it brought people together, right there on the 1BTN DJ Facebook forum, our motto and our catchphrase ‘1 world, 1 love, 1BTN’ was established among us all. People argued that music should not bring guilt with it (though defence is the first sign of guilt if you ask me). I’m not suggesting by any means that this shame we speak of is a serious burden or that we should deny ourselves of any music that moves us. Contributions came flying in, discussion was roused with passion and vigour, and the collective thought among us all at 1BTN, was that our tastes should not come with a conscience, hence the tongue-in-cheek expression guilty pleasure. I chose the theme to knock down some barriers and bring more music and discussion to the surface, and it did just that. I don’t believe music should be guilty at all, in fact devoid of it, and full of pleasure, this said, it was hard to choose a track. I hope reading this also provokes you to dig out some old favourites, regardless of whether or when they considered cool.

Sean Paul – I’m Still in Love with You.
Now this makes me a guilty feminist cos despite the misogyny, despite the horrific allegations against Sean Paul, and the objectifying of women (feeling more guilty the more I think about it), I can’t resist that bass line. There you have it; sometimes, for a split second, a bass line sounds better than equality.
Jo Dressler

Bryan Adams – When You’re Gone feat. Mel C
I remember it took me a while to come out of the closet on this one. At the time, admitting to liking anything by Bryan Adams was like saying you are a James Blunt fan … But, is this or is this not a great pop record!? With Sporty as his muse Bryan was actually good for 3 and a half minutes. Wasn’t he? Was he? Wasn’t he?
Ian Lawton (Trainspotters)

King – Love & Pride
This is mine… does it count as a guilty pleasure if a) i’m not ashamed and b) genuinely think it’s a rad tune?
Andrew Wilkins

Girls Aloud – The Promise
Pop of the highest order. Totally reminds me of golden era Motown. Absolutely superb melodies on this. Could have picked a number of their tracks to be honest.
Murray Scott

Mel and Kim – Respectable
You can say what you like about the Stock Aitken Waterman hit machine but they certainly had a knack for creating moments of pop genius. One of my favourites being Mel & Kim’s 1987 No.1 hit Respectable. It’s just a brilliantly uplifting and seriously catchy track full of Hi NRG sparkle. It’s also one of my earlier Top Of The Pops memories – I remember being captivated by the video and their TOTP performance, aged 6. I tried (and failed!) to copy the dance routine and to this day, I love to stick it on at after-parties where it always gets people dancing – especially after a few drinks! It’s not cool, but I love it and it never fails to cheer me up.
Clara Suess

Junior Senior – Move your feet
It’s an embarrassing song but I’m going to own it, Move your Feet by Junior Senior, a Danish duo with Kodak smiles produced a song with ridiculous lyrics, pop nonsense and a vague nod to a hip hop rhythm. During the early part of the 21st century I ran away with the circus and I would come alive on the dance floor of The Famous Spiegeltent at the end of a long shift. Making shapes, feet can’t stop and a massive love for all my fellow dancers especially after a couple of tequilas. Taxi!
Catherine Sones

Sacha Distel – Raindrops Keep Falling on my Head
I love everything about this song, from the incredible lyrics which are about always staying positive in the face of adversity, to the fantastic jaunty orchestration, and, of course, Sacha Distel’s cheerful delivery. This tune always makes me smile, no matter how I’m feeling, or what is going on in my life. I defy you to listen to it and not smile. Oh, and it’s loads better than the BJ Thomas version.
Mark Hazlewood

Jennifer Lopez – Waiting for Tonight
J Lo schmaltz on a pop Latin house tip. I was at one of life’s nadirs and it was getting hammered on radio one every morning and always lifted my spirits. I especially like the timbale fills.
Ian Lawton (Trainspotters)

Starship – Nothing’s Gonna Stop Us Now
I don’t really know why I love this song. Maybe cos I saw the film in the cinema as a teen… not sure. But even now, I think its a banger..ha!
James Gale

Simply Red – Something Got Me Started
Frank Tope played the 12″ at Lowlife many many moons ago and I had a real ‘moment’. I told him about it and he proceeded to send me his copy stating “I may as well, I’ll never play it out again”.
Kerry Jean Lister

Barbra Streisand – My Man
This ironic banger that this butch lesbian has always turned to. Usually, at 5am much to the joy of our student neighbours.
Kate Wildblood

Janet Jackson – What Have You Done for Me Lately?
I was big into my eighties ladies when I was at high school in the USA and I had a mullet. But the less said about that the better. It was this or Paula Abdul, who is actually in the video at the beginning chatting to Janet, but think J takes it by permed, drowned in hairspray hair. (I’m not sure this counts as a guilty pleasure, but that intro is high cheese, so we’ll give it ya – Ed)
Matt Rockit Soul

Glen Frey – The Heat is On
I must have been 9 years old when my big brother pressed play on the VHS and Beverley Hills Cop came on. This track opened the film and I was hooked. Air saxophone classic with those beautiful 80’s American vocals. It’s on the street!
Paul McCardie

All-Saints – I Know Where It’s At
Had this on repeat for a while. The whole album in fact. All Saints… the perfect antidote to the Spice Girls, all timberland boots and cargo trousers. The tunes had more depth and sass, some great remixes on 12” and at a time of my life where I was hanging out in a predominantly male environment in a small alpine town, the ‘Saints offered a delightful female presence on the stereo. That whole album is perfect pop and. I could have chosen any track off it, but this was the one that announced their arrival.
Chris Cracknell