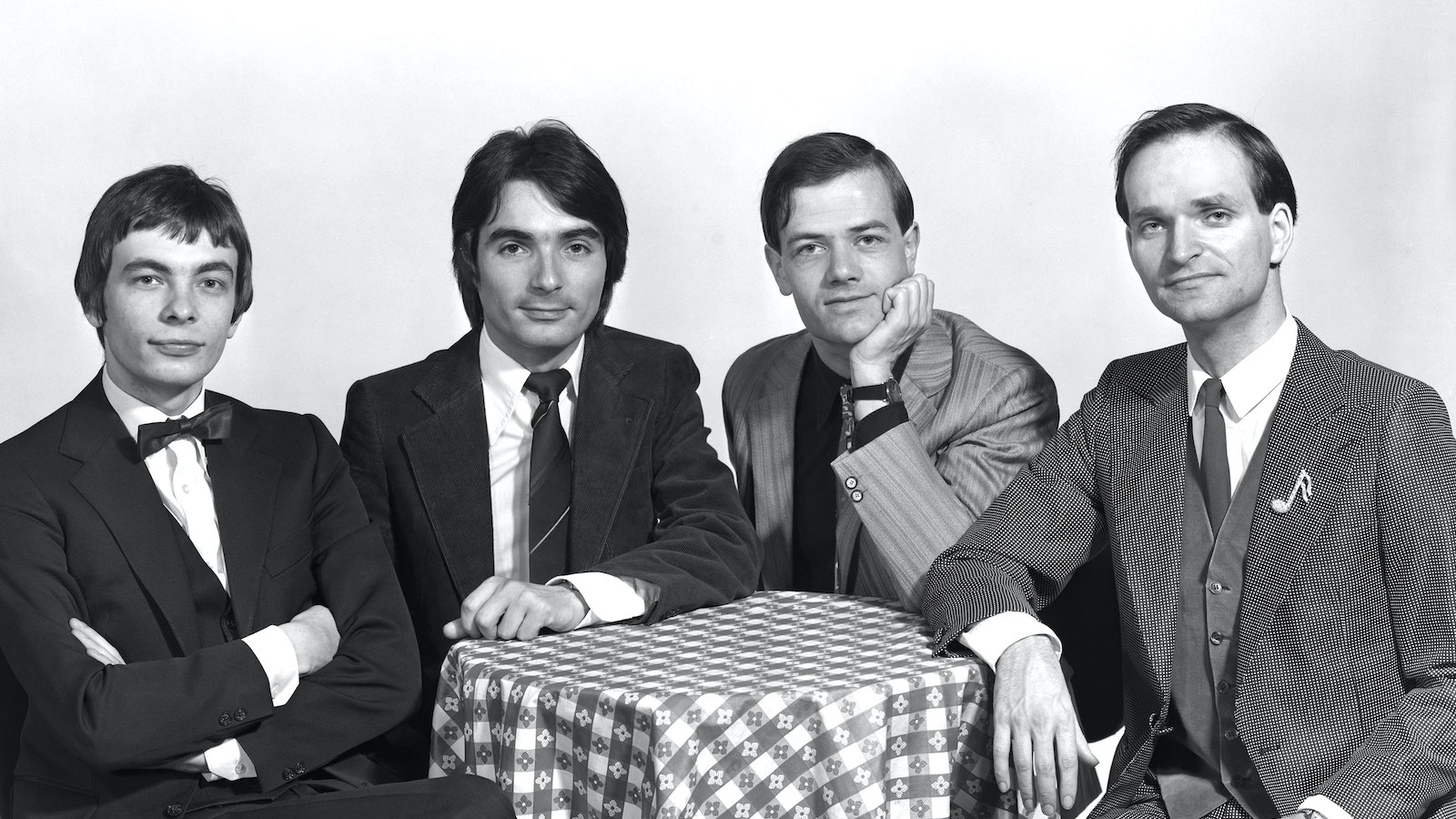 It is impossible to overstate the importance of Kraftwerk. Consequently it’s pretty much impossible to describe the legacy of Florian Schneider, their co-founder who, on May 6, 2020, “passed away from a short cancer disease just a few days after his 73rd birthday”.

There are very few musicians who can claim to have changed the direction of music. Kraftwerk can. The templates they laid down in the early 1970s took electronic music from the avant-garde into the mainstream and as technology progressed their music became the building blocks of disco, hip hop, techno and house. In the words of Pet Shop Boy Chris Lowe: “they started it all”.

Florian Schneider and Ralf Hutter founded Kraftwerk in 1970 although they had worked together as Organisation, where they first teamed up with legendary producer Conny Plank. At this point Schneider was playing flute but as Organisation evolved into Kraftwerk he took up keyboards and vocal duties. In 1974 Kraftwerk released their fourth album, Autobahn.

Autobahn is probably one of the most important pieces of music released in the 20th century. From the very first sounds, the sampled sound of a car door closing and a car pulling away giving a friendly toot on the horn, Autobahn takes the listener on a 22½ minute journey. A wonderful meandering, winding journey whilst gently looping synth lines and electronic drums (and flutes of course) recreate the sensation of driving along… in an era where Moog synthesizers were being used to recreate everything from pop hits of the day to classical music this Autobahn found a receptive audience and became an international pop hit (albeit in a dramatically edited 7” format).

Follow-up album Radio-Activity took things one step further; a completely electronic album that concerned itself with radio communication. By 1977’s Trans-Europe Express the band were writing pop songs in a new medium and had such a significant impact on David Bowie that he named a track on his Heroes album V-9 Schneider. Kraftwerk refused to support Bowie on tour but name-checked him, and Iggy Pop, on TEE’s title track.

The TEE album reached the Bronx. More specifically it reached DJ Afrika Bambaataa who after playing the title track and Numbers at his block parties incorporated significant chunks of each into his Planet Rock. In Manchester, Joy Division had venues play TEE before they would go on stage for gigs. In Detroit a group of like-minded schoolkids were listening intently too: Derrick May, Juan Atkins and Kevin Saunderson became The Belleville Three and collectively invented Detroit Techno. May described techno as “George Clinton meeting Kraftwerk in an elevator”. It’s no exaggeration to say that Bambaataa, with electro, Joy Division (and subsequently New Order) with synth pop and the Belleville Three with techno, all built on Kraftwerk’s templates and created something exciting and innovative too… they are branches of the German band’s musical tree.

As the 80s passed it became clear that Kraftwerk had changed the game. The synth-pop of Sheffield, the breakdancing and beats of the Bronx, the techno emerging from Detroit – each with a direct lineage back to a couple of guys from Dusseldorf who, by now, were more interested in cycling than making music.

Many of the acid house generation saw them perform together at Tribal Gathering’s 1997 event. It was an absolute seminal moment. Even though the band had released more music with 1986’s Electric Café and had played gigs in the UK this suggested that the music had gone full circle. It remains a truly seminal moment in the history of electronic music.

Florian Schneider finally left Kraftwerk in 2009 although he hadn’t performed with the band since 2006. Ralf Hutter continues to tour and the band, with a younger, shifting line-up remain incredible to watch, but the core line-up, with Hutter and Schneider is no more, for now… I’ve always felt that Kraftwerk could be the first band to transcend the lives of their members. The robots can play on…