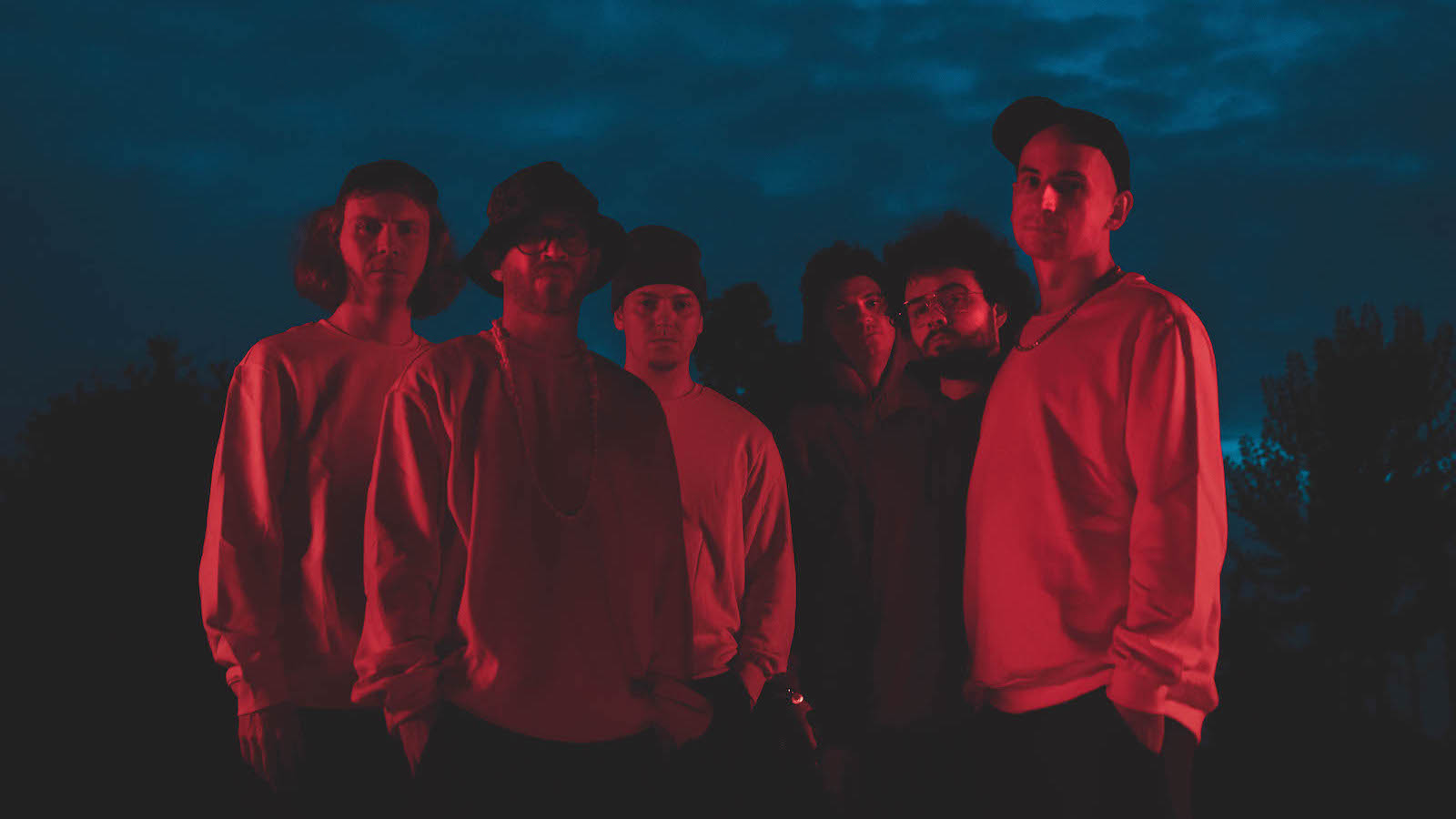 a cosmic odyssey as part of the Polish Space Program

The recent revival of the jazz scene has become clearly visible, as proven by the great popularity of artists from across the ocean, such as Kamasi Washington and The West Coast Get Down, or BadBadNotGood collective. A new wave of jazz has also arisen in Europe, represented by British musicians, such as Shabaka Hutchings, Yussef Dayes, Ezra Collective and Tenderlonious, who are gaining more and more recognition and fame. A nod to the classics of several decades ago combined with fresh, liberated and current sound of contemporary urban music form a brand new quality. No doubts about it. For many, however, this might not be jazz anymore. This also applies to Wrocław’s sextet EABS, which pursues the tradition of the Polish school of jazz, while escaping various sound patterns, presenting a carefree and completely original approach to genres and established musical standards, as proven on their debut album.

After the very well received, both by the audience and critics, debut album ​Repetitions (Letters to Krzysztof Komeda)​, focusing on the lesser-known works of K. Komeda, EABS decided to further expand this lead and released two more vinyl records: A black one, recorded live in Katowice – ​Repetitions (Letters to Krzysztof Komeda) Live at Jazz Club Hipnoza​, and a pink one, recorded on tape and released via British label 22a Music – ​Kraksa / Svantetic,​ whichcrownsthe“Komedatriptych”.Sofar,thegreenstudioalbumhasreceived almost 30 reviews in Poland and abroad, and has been promoted in many radio stations in and outside the country (the album was featured in titles such as ​Polityka​, ​Przekrój,​ Rzeczpospolita​, the band also appeared on the cover of ​Jazz Forum magazine). The first pressing of the debut album was sold out within 8 weeks after the premiere, and, in response to the album’s excellent reception, the band has played over 70 concerts in Poland and abroad.

Shortly after the release of their first album, EABS have performed at such prestigious venues as ​Witold Lutosławski S1 Studio in Warsaw​, ​Gdańsk Shakespeare Theatre,​ and the Polish National Radio Symphony Orchestra concert hall in Katowice,​ as well as festivals such as ​Woodstock in Kostrzyn nad Odrą,​ ​Spring Break in Poznań,​ ​XJAZZ in Berlin,​ Tauron Nowa Muzyka in Katowice and ​Męskie Granie tour. In 2018 EABS also toured the UK (L​ ondon, Manchester, Liverpool)​ , played at the ​BuSH festival in Budapest​, and gave three concerts in China (​Xiamen, Guangzhou, Shenzhen​).

Even though the reinterpretations of Krzysztof Komeda’s music performed by EABS were very far from the originals, people have been asking about an original album over the last few months on numerous occasions. This time the band focused on Slavic mythology and Polish demonology. The notorious “Slavic melancholy”, which the band was trying to extract from their own DNA, became the main inspiration for this album. The work on the Slavic Spirits LP remains an attempt at contacting the world of an irretrievably lost culture, which will never be thoroughly examined on account of Slavs’ illiteracy. A great number of musicians, historians, journalists, writers and even psychotherapists provided EABS with their insights and meditations, which quickly resulted in the emergence of compositions stemming from the depths of the bands’ spirit and imagination.

“​We already passed one millennium, in fact, we passed the apocalypse: we are living in End Time, all right, but in the last daze. It’s after the end of the world. Don’t you know that yet?”​ – considered Sun Ra a few decades ago. We are clearly living in a borrowed time. In a time plunged in darkness and ignorance when we need at least a little light and love… and that can come with the cosmic music of Sun Ra, which is deconstructed by EABS on their third album.

In October 2019, after more than 33 years, the archive record from the first landing of Sun Ra Arkestra in Poland was released to the public. On this occasion, EABS has prepared a special concert related to this release. Moments later, during the lockdown, a deep reflection on the philosophy of the newcomer from Saturn influenced the recording session and the final shape of the album ‘Discipline of Sun Ra’. Then there were quite serious changes in the selection of songs and even more ambitious attempts at recreation jazz originals, pushing some compositions not only towards hip-hop (in the spirit of inspired by Gil Scott-Heron or David Axelrod), but also genres such as juke or house.

The creative process of the album revolved around two Sun Ra’s ideas – deconstruction and discipline. “​He sent members of the Arkestra out to research individual players in Henderson group in the order to get the feeling right when playing their parts. Sun Ra told them they weren’t copying those pieces, they were re-creating them, and with the proper information they could know the spirit behind the original.​” That’s how Herman Sonny Blount treated the music of the swing legend, Fletcher Henderson. EABS approached the composition of Sun Ra in exactly the same way. An equally important element with recording was a regime associated with the discipline and precision that the pianist from Saturn fought for, using a series of exercises-compositions entitled ‘Discipline’ previously used by Arkestra. They were strictly designed for exercises with the minimum amount of material, the most common built on the brass section parts, with a cyclical melody unfolding from fragments so each person played their lines meticulously, without any deviation. This is what the title of the album ‘Discipline of Sun Ra’ refers to.

Sun Ra was aiming to record timeless music that could still be alive in a 1000 years, and with no hesitation, he managed to do it. The music from distant planets is infinite. “​By infinity, Mr.Ra means creating jazz of the future, but also covering the past​”- the same idea is carried by polish musicians. On the ‘Slavic Spirits’ album, EABS was inspired by the ancient past. As we now know, discovering Sun Ra’s concept wasn’t coincidental. He also believed and shared the philosophy of coming through the darkness to see the sun and enlightenment. In case there’s no hope for living on our planet, we need to look for metaphorical escapism. That’s where the idea of building a cosmic ship under ‘Polish Space Program’ was born.

The album ‘Discipline of Sun Ra’ will be released on Astigmatic Records on 13th November, on CD and LP in two variations, a basic or limited white vinyl with a B2 poster. It will also be available on all streaming platforms. 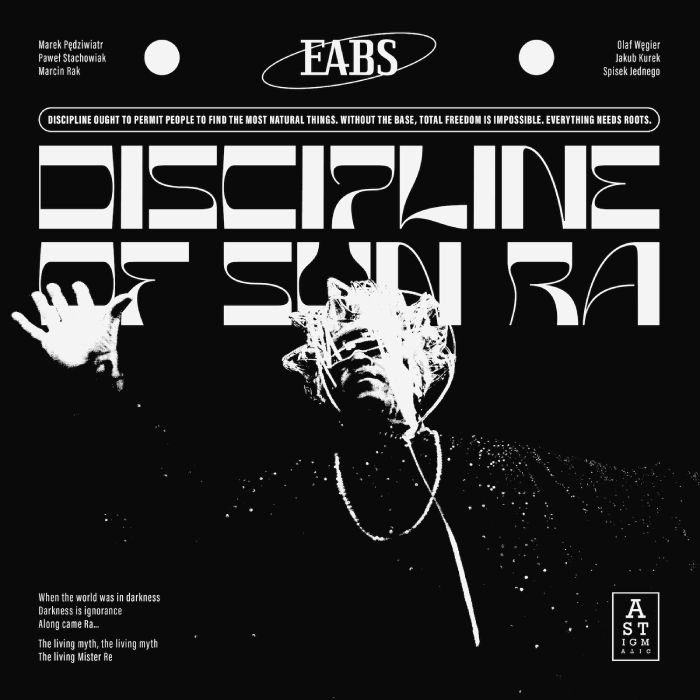