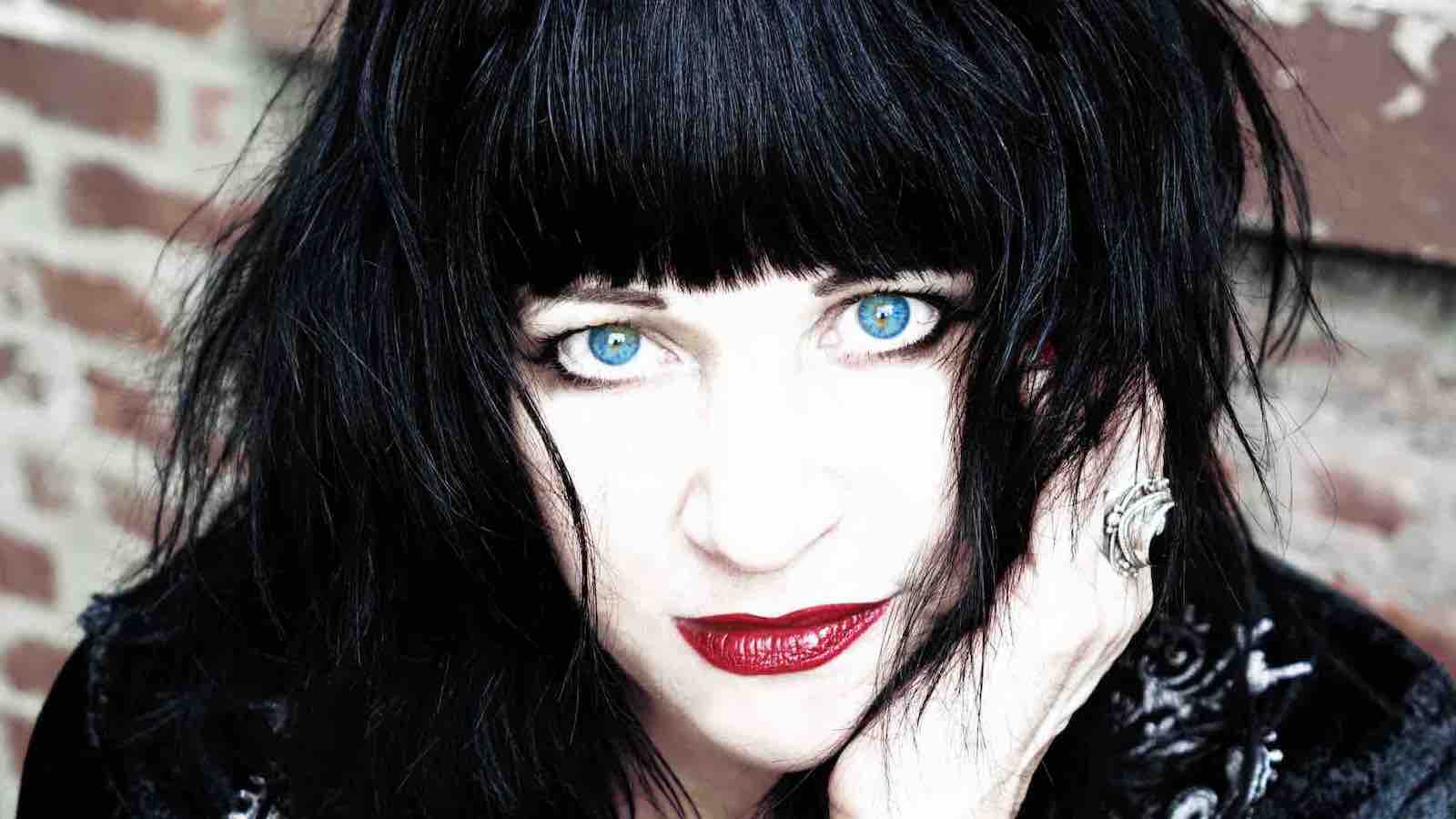 The most excellent Doc’n’Roll Film Festival is now in its 8th season and runs from 28th Oct to 14th Nov. Below, 1BTN selects a few highlights from the Brighton and London programmes (full programme of cinema and online screenings here). You can also read 1BTN’s interview with founder Colm Forde – The Art of the Left Field Music Doc.

The first career-spanning documentary to cover Lydia Lunch’s compelling, confrontational and inspirational artistry. New York City’s preeminent No Wave punk icon, Lunch has spent a lifetime creating music and spoken word performances that reaffirm the right of women to indulge, seek pleasure, and to say “fuck you!” as loud as any man. Beth B.’s no-holds-barred profile of a charismatic artist is also a rallying cry for art’s power to build inspiration out of trauma.

DOM SALVADOR AND ABOLITION – TRAILER US from NYC3 on Vimeo.

The musical and personal journey of Dom Salvador, a Afro-Brazilian musician who found a home in New York after leaving Brazil in the darkest days of its military dictatorship. The godfather of Brazilian soul and one of the key figures in the creation of bossa nova, Salvador would also become an icon of Black pride with his band Abolição (Abolition). The film captures him, now in his eighties, as he strolls the streets of his adopted city, memories emerging with each step. Captivating moments reveal his humility and resilience, from performing at Carnegie Hall and the scenic River Cafe, to crate-digging in record shops and organising shows in jazz clubs.

Everyone knows the name. Few knew the man. Passionate fans idolized him. Fellow musicians were inspired by him. The world was intrigued by his flamboyance. But this consummate performer was a quiet soul who valued privacy. Unable to live “normally”, Prince Rogers Nelson expressed himself through poetry and music and ultimately rebuilt his own broken family with fans, friends and fellow musicians as he fought to fashion a career on his own terms.

Mr Nelson: On the North Side uncovers the man behind the performer for the first time on film. The journey to the top of the music industry was a challenge for the shy kid from a broken home; estranged from his musician father and abandoned by his mother, Prince first found security and encouragement in the homes of friends. And then, at a community centre called The Way, in a mixed-race neighborhood, Prince blossomed in a safe space designed for North Minneapolis’ youth, and had the opportunity to become a proficient musician by learning from some of the greatest players in the region. Spike Moss, a former boxer and community activist, organized and ran The Way and would become Prince’s lifelong mentor.

Many voices make up this homage to Prince, both as a person and a performer. It captures renowned singers, songwriters and musicians who offer their personal stories of his generosity, professionalism and influence on their careers. Juxtaposed with friends, family and celebrity interviews, Mr Nelson: On the North Side also features stories from his fans, a community he referred to as “Fams”. Prince stayed personally connected with many of them, often trying out new music in private performances and involving them in small releases of single tracks or

Starring real-life friends Annie Clark (a.k.a. Grammy-winning artist St. Vincent) and Carrie Brownstein (Portlandia, Sleater-Kinney), this is a mischievous, metafictional and frequently laugh-out-loud funny account of banding together to make a documentary about St. Vincent’s music, touring life and on-stage persona. But the duo quickly discover unpredictable forces lurking within the subject and the filmmaker that threaten to derail their friendship, the project, and the two artists’ creative lives.

From first-time filmmaker Bill Benz (Portlandia, At Home With Amy Sedaris) comes a densely woven and increasingly fractured commentary on reality, identity and authenticity. A music documentary like no other, this is the story of two close friends who attempt to wrestle the truth out of a complex subject before the hall of mirrors that is their artistic lives devours them completely.

A Symphony of Noise takes the viewer on a dazzling journey with Matthew Herbert, the revolutionary British musician and composer. We explore the mind of an artist known for his political pieces, and a passion to create music derived from real life sounds combined with politically sensitive issues.

Herbert’s premise is that music has undergone a revolution: instead of making music with instruments, we can now use anything that makes a sound. This film captures Herbert’s creativity at its core, with the aim that after we watch it, we will listen to music, and to the world, in a way we have never done before.

In a too-short life, David McComb gave up secrets in the shape of his songs, as the ​singer-songwriter and driving force of the great Australian band The Triffids.McComb believed in the power of the song, and in The Triffids’ 1986 masterpiece Born Sandy Devotional he found a new Australian voice: a poetically inspired vision of desolate broken hearts cast against a bright expanse of beaches, deserts and highways.​

Throughout his career, he would use his beloved Western Australian landscape as the canvas for his towering psychodramas. But McComb’s health faltered and after a heart transplant in 1996, he died in 1999, just days short of his 37th birthday, leaving countless unanswered questions and unrecorded songs.

This film brings the tragedy and triumph of McComb’s driven, passionate life to the screen, along with his poetry and newly discovered letters read by Australian-born Man Booker Prize-winning novelist DBC Pierre, interwoven with excerpts from many dozens of his songs. Via beautifully restored 35mm slides, evocative home movies and heart-rending interviewees with colleagues, family and friends, Love in Bright Landscapes reveals the man behind the unforgettable music. ​

Idolised by Bob Dylan and later by artists as diverse as Nick Cave, Adele and Joanna Newsom, folk blues singer and guitarist Karen Dalton was a charismatic figure in the fertile music scene of 1960s New York. A reluctant live performer and a fiercely independent artist who fought against industry demands and directives, the Texas-born, Oklahoma-raised Dalton led a difficult and unconventional life until her premature death in 1993.

Since most photographs and film footage of Dalton have been lost or destroyed, this long-awaited film draws on her recordings, and interviews with loved ones and collaborators, to build a rich portrait of a singularly gifted musician and her hauntingly beautiful voice – and a body of work that has continued to grow in influence.

Three for the road: the compelling story of Guy Clark, Susanna Clark and Townes Van Zandt as they rise from obscurity to reverence. Guy, the Pancho to Van Zandt’s Lefty, struggles to establish himself as the Dylan Thomas of American music, while Susanna pens hit songs and paints album covers for top artists, and Townes spirals in self-destruction after writing some of Americana music’s most enduring and influential ballads.Based on Susanna Clark’s diaries and Saviano’s 2016 book Without Getting Killed or Caught: The Life and Music of Guy Clark, the film tells the saga from Susanna’s point of view, with Academy Award-winner Sissy Spacek voicing Susanna’s narration.

Saviano, a longtime figure on the Americana scene as journalist, publicist, artist manager and Grammy-winning producer, had the full cooperation of Clark, who sat for interviews on and off camera, recorded prior to his death in 2016. Without Getting Killed or Caught (the title comes from Clark’s song, “L.A. Freeway”) also offers poignant reflections from Clark’s closest friends and musical allies, most prominently Rodney Crowell, Steve Earle, Vince Gill, Verlon Thompson, and Terry and Jo Harvey Allen, as well as record executive Barry Poss.  Partially funded by a Kickstarter campaign, the film draws on Clark’s songs, family photographs and archives, vintage film footage, and radio talk shows on which Clark appeared solo and in tandem with Van Zandt. The film’s real emotional core, however, lies in Susanna’s often painful remembrances, culled from her private journals and secret audio diaries, as well as taped conversations that she made of the trio and of the “salon” that regularly gathered around them.