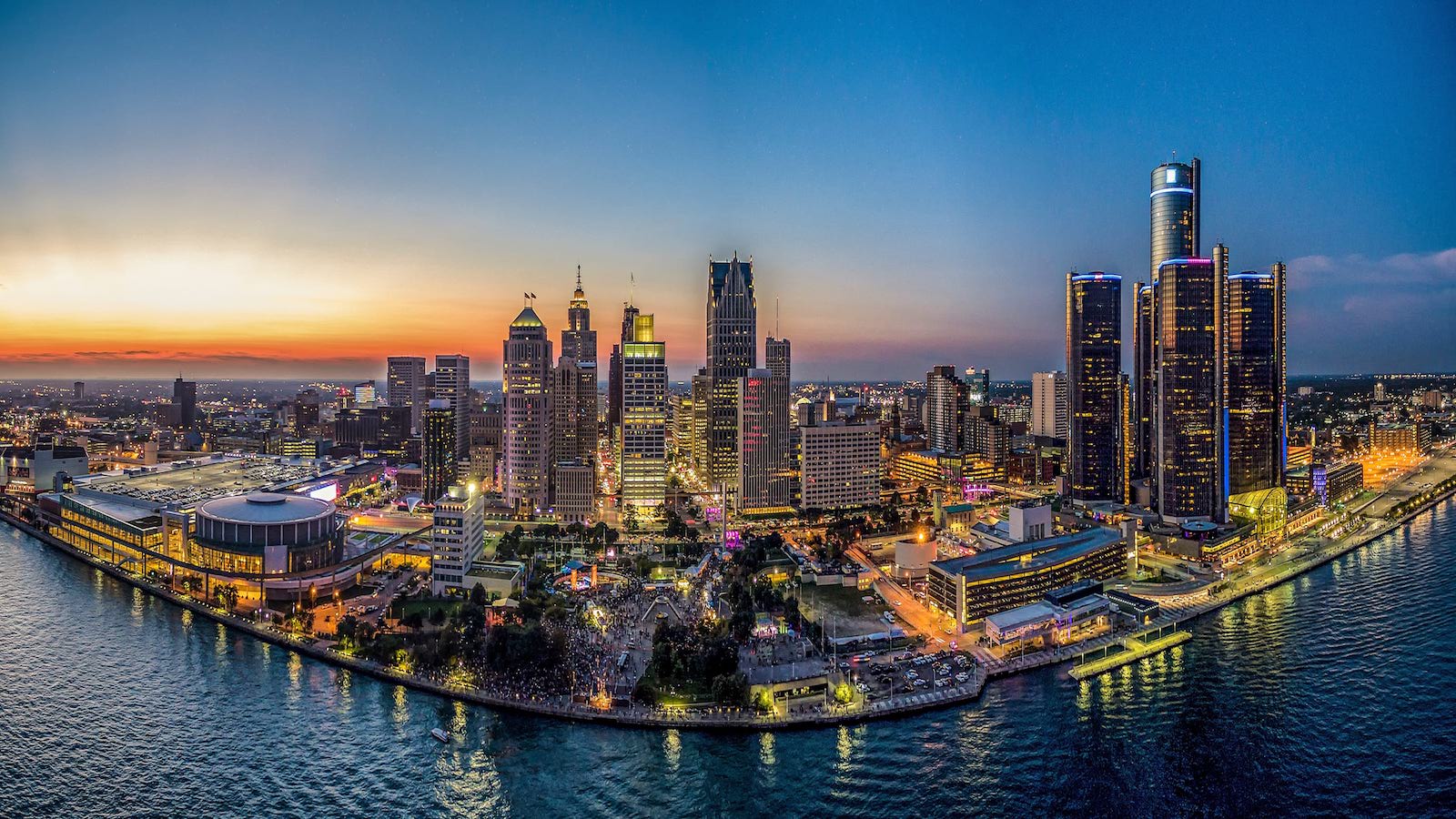 1BTN in conjunction with Detroit Tourism and Metro Centre are proud to present, Detroit Day.

You know Detroit, right? Famed for it’s legendary auto industry and for it’s music; it’s the music that drew us, of course. If Detroit were a record then the commercially popular soul sound of Motown would be the A Side and Detroit’s other hugely successful musical offspring Techno would most certainly be the flip side to that.
What is certain is that the numerous music scenes born out of Detroit over the last 6-7 decades have been shaped by a city full of creatives and forward thinkers. There’s also no doubt that the hugely difficult and divisive political climate has also contributed to the birth of a number of legendary underground movements. In between the two most famous movements out of Detroit in the last 70 years or so lie the jazz, the hip-hop, the rock, garage and the punk scenes; people will argue that punk was born out of the UK but one of Detroit’s most successful exports, Iggy Pop & The Stooges, may have something to say about that.

There is a huge and contentious political argument that divides opinion and it’s a subject that that can be talked about in much more detail, however, that’s a whole other story and for another time.

The story we want to tell is one of positivity & optimism, diversity & creativity and above all, love. This incredible city has given us some of the most ground breaking and influential game changers the world of music has ever witnessed. Other US cities like New York, and Chicago can lay claim to an incredible legacy within music but Detroit, man! It’s an almost mythical place, which stands alone in so many ways. It’s a city full of contradiction, which once symbolised the American Dream but then in an unforeseen twist saw a city that was a symbol of racial strife, hardship and riot. That decline then saw the introduction of a group of creatives who turned the desolate wastelands into beautiful abstract art. Then along came the money again.

The fact is that the love that Detroiters have for their city is true and it’s infectious. The warmth that they show for outsiders is something that blew us away on our recent trip there.
Detroiters are proud and rightly so!
It’s an incredible place to visit. Go there. Drink, eat and dance with the locals, they have open arms and they are happy to entertain.
Art, food, drink, culture, music, music, music!
There’s a parlour game called ‘Six degrees of Kevin Bacon’, which is a concept that proposes that any two people on Earth are six or fewer acquaintance links apart. In Detroit you are only two links away from your favourite artist. Everyone knows someone directly, or knows someone who knows an artist directly. For those – like us – on an expedition and a discovery of the music scene, it’s a real trip. Strike up a conversation with someone in a bar and she will tell you she used to sing with Aretha and was unlucky not to have shared the same fame and fortune. The Bass player in the Jazz band you have just watched will happily reveal that his other project is with someone who is good friends with, Juan Atkins, who sits in on the studio sessions from time to time. It’s a music lovers dream.

As a radio station 1BTN is a lover, a supporter and an ally to the musicians and their music. In conjunction with Detroit tourism we have curated a project that has seen us being able to go and witness first hand this incredible city. To have the opportunity to experience many of the different facets that it has to offer was a memorable experience. We were in the company of so many Detroiters and were blessed by their warmth and hospitality. The trip was a short one and the whirlwind visit was so great that it left us sad to go home.

What we brought back with us was a deeper understanding of the city and it’s inhabitants. It doesn’t deserve the reputation it has within the world media as a dangerous and unpleasant, burnt out ghetto rife with crime, that belief couldn’t be further from the truth. Ignore the bullshit. Go and see for yourself. It’s a place of beauty and you won’t want to leave.

1BTN bring you a 24hr celebration of the music of Detroit and we will cover the length and breadth of the Detroit music scenes spanning the past 70 years. There will be specialist shows coupled with numerous interviews from both in Detroit and back home on the South Coast. In addition we have extensive video footage from our visit there. Over the next 5-6 weeks we will share numerous articles via our website and socials and guest mixes from some of our favourite artists. Then on Bank Holiday Monday May 27th we will broadcast our dedicated tribute to Detroit.

Hmm! All in 24hrs? We may need an extension!

1BTN would like to thank the Detroit tourist board #visitdetroit and in particular our guides for the trip, Chris Pokorski & Kalynne Defever. To Yolanda Fletcher of #CelletMarketing for all your hard work in facilitating the trip. To Graham McKenzie and Adam Hill for the idea and introductions. To cameraman Jess. To Gerald Brunson of Model 500 and John Bissa, organiser of the Hamtramck Music festival for the link ups. To everyone else who helped us along the way.