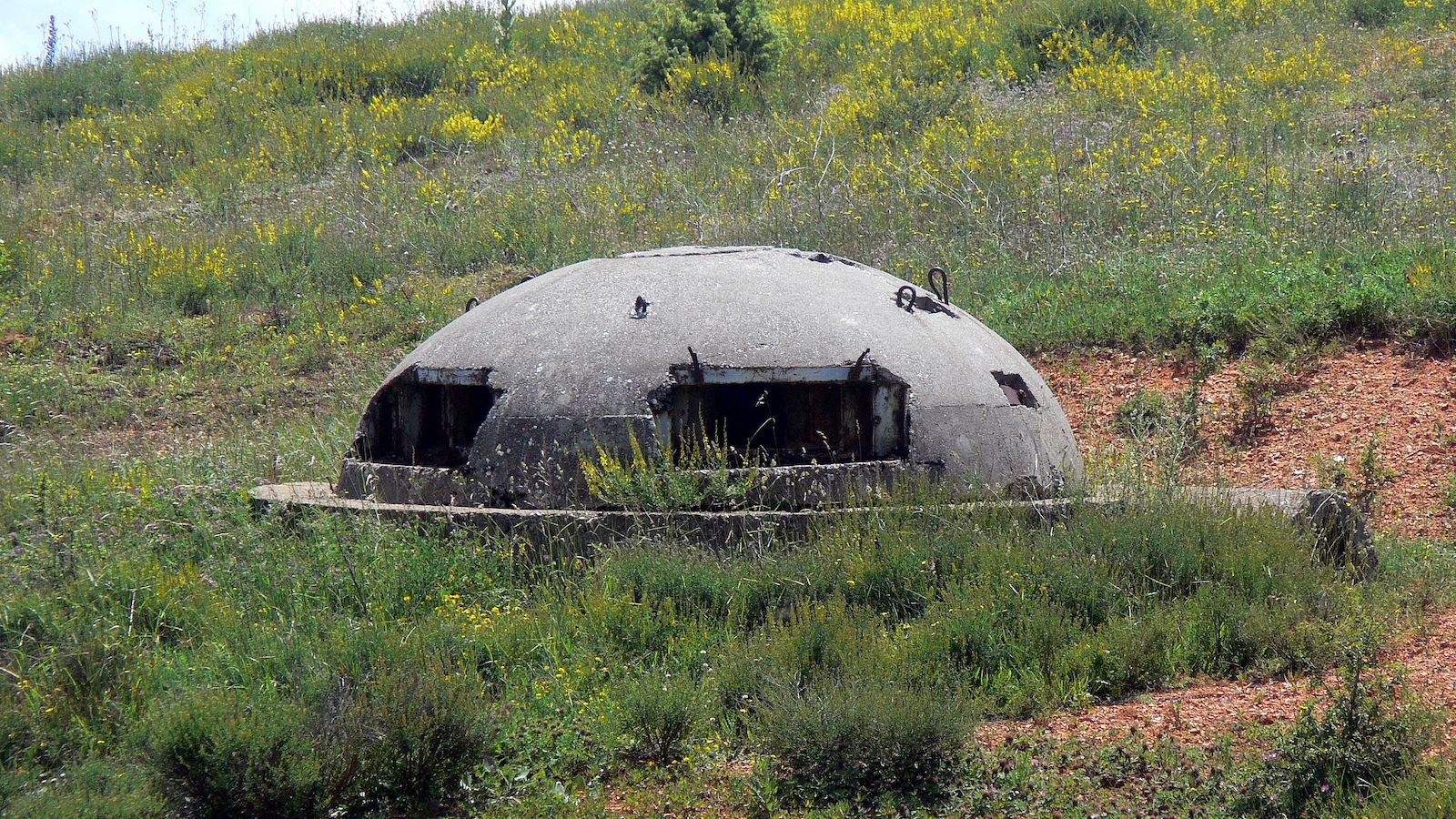 These are the 1BTN DJ recommendations for new music and reissues going into June 2020. There is a Spotify playlist at the bottom of the page.

Roisin Murphy
Murphy’s Law (Cosmodelica Remix)
(Skint / Loaded Records)
My two disco queens combine for a slice of Stay Homo that has me all disco dazzled. Yes, I’ve declared my adoration for Ms Murphy before I’m certain but this time she and Cosmo deliver something so special I’ve got goosebumps reserved just for them. Add Roisin’s heavenly headgear and you have one happy queen.
Queen Josephine
(The Wildblood and Queenie Show)

Owen Pallett
Island (LP)
(Domino)
Known for his work with Arcade Fire, Caribou and Frank Ocean, his 2014 LP In Conflict was a record I became obsessed with, a record of incredible beauty but with a darkness bubbling underneath – this new album sees Owen in a similar mood with stunning orchestration from the London Contemporary Orchestra – I know of no other artist that sounds like him. A record to devote an hour to, a record to get lost in…
Murray Scott (UBIK)

RBJ
Your Brain On Music
(RBJ)
Awesome edit from RBJ aka Ron Basejam, aka James Baron. Taking very loosely the track Japanese experimental electronic track M-U-S-I-C by Normal Brain as its base, it creates something entirely different. Beautiful, euphoric even. A contender for track of the year so far.
BIG RED AL (LATE NIGHT BIGNESS)

Detroit Swindle Feat. Jitwam
Coffee In The Morning (Prins Thomas Diskomiks)
(Heist)
Coffee in the Morning is a funk fueled disco bomb. The energy is set by a rolling bassline with a live touch. Prins Thomas takes you on a 10 minute Scandi-disco trip with live drums and Thomas himself funkin’ on the bass.
Mickey Jukes

ThE DiAboLIcaL LibERTieS
Pitta Patta (on the corner).
New heat from the forthcoming 2nd LP by Alex Patchwork and Rob Gallagher aka General Rubbish aka Earl Zinger. A dubbed out breakbeat stream of consciousness classic for 2020… “posh boy government telling porky pies… i think i smell a ratta”
Jim Lister (VERSION)

Lianne La Havas
Paper Thin – Can’t Fight
(Warner records UK)
This new track from Lianne La Havas has been playing almost on repeat from the moment I heard it, I’ve been going to sleep listening to it, waking up craving it, murmuring the lyrics as I go about my day, mulling them over and over. It is essentially a love song, but to hear a young songwriter refer to faith, to God, in this climate, feels promising to me. It seems valiant, brave, earnest, I concur. I love the slow bass line and curling guitar licks that wrap around the edges of her words. Lyricism at it’s best, I just hope I haven’t binged it too much already.
Jo Dressler

A.AV
Submarinetwo3 Hallucinations
(Theestateovcreation)
Discordian, Drexciyan electro assault of the highest order, based on Robert Anton Wilson and Robert Shea’s best selling The Illuminatus! Trilogy novels. A full on, bass heavy, aquatic, electronic assault that requires high volume on your stereophonic appliance and if you happen to have it, an underground, concrete bunker with said appliance housed within (headphones are also acceptable).
Paul McCardie (The Awful Hand)

Dedi Madden
Whisper
(Dagago)
After years of recording, writing and touring with Zero 7 and Sia, Dedi Madden has made a long-awaited album – The Final Man. Think of driving from San Fran to LA in the 70’s sun, and you are there.
Adam Hill (The Adam and Dan Show)

Smoove & Turrell
This Time
(Jalapeno)
Third instalment from there latest lp entitled Stratos Bleu out now on Jalapeno Records. You have John Turrell’s slick soulful vocals over Smoove / Porter & Co. music production. This album feels more personal as everything from the songs, artwork and music videos includes their family members. Its a huge step forward, it’s a great album. Check the video below for This Time uplifting Funk, Soul, Disco with a hint of 80’s nostalgia. Wicked!
Dusty Du (Soul Casserole)

Manasseh meets Praise
Yes Mic
(Roots Garden)
Gorgeous opening cut from this LP collaboration between digi-dub guru Nick Manasseh and viola/violin player Praise, a follow up to the 2011 7” A Matter of Struggle on Brighton’s Roots Garden label. Cinematic crossover reggae vibes that would make a great accompaniment to a lockdown nighttime drive through deserted London streets. Vin Gordon and Earl 16 also feature on the album, on a take of Tubby’s Dub with a Difference, along with Nathan ´Flutebox’ Lee of Asian Dub Foundation.
Ian Lawton (Trainspotters)

EJECA
Never Should
(Shall Not Fade)
A straight up, solid housey builder, with a sweet as vocal and super pleasing piano break.
(Anya Lux)

Fontaines D.C.
A Hero’s Death
(Partisan Records).
Late to the party with this band but glad to have made it. These lads from Dublin bring together moody melodies and tearing vocals in a post punk offering fit for kings and commoners alike. Insane amounts of power and passion from this group.
Eone (Process)

Phunkadelica
Solaris
(Multinotes)
Italian Duo Phunkadelica return with Solaris which did feature on their album last year but now is a standalone release on Multinotes. Its a lovely piece of stripped-back space (as the name implies) Balearica – reminiscent of Ichisan’s classic Space Patrol from about a decade ago. This release also features a remix by the in-form The Emperor Machine, who doubles the length and indeed the squelchiness. Both are great.
Tim Walker (Love is the Message)

India Jordan
I’m Waiting (Just 4 U)
(Local Action)
A sublime explosion of shimmering disco house from an EP which is set to feature in many end of year lists. All six tracks from India Knight’s highly personal release For You are excellent – perfect summer feel-good vibes.
Clara Suess (INTER-MISSION)

DJ Violette
Filled Pasta
(Salted Music)
Nothing keeps me more satisfied than a bowl of well seasoned deep disco-infused house and so it is with Violette’s latest tasty adventure for Salted Music, her epic Public Radio EP. All the strings you could ever need plus added carbs ensure a recipe for lockdown heaven.
Kate Wildblood
(The Wildblood and Queenie Show)

Rose City Band
Reno Shuffle
(Thrill Jockey)
Ripley Johnson takes a detour from Wooden Shjips and Moon Duo to bring us some easy chooglin’ West Coast sounds. The whole album feels like the soundtrack to my summer already but this one is probably my favourite.
Senor Mick (Garden of Earthly Delights)