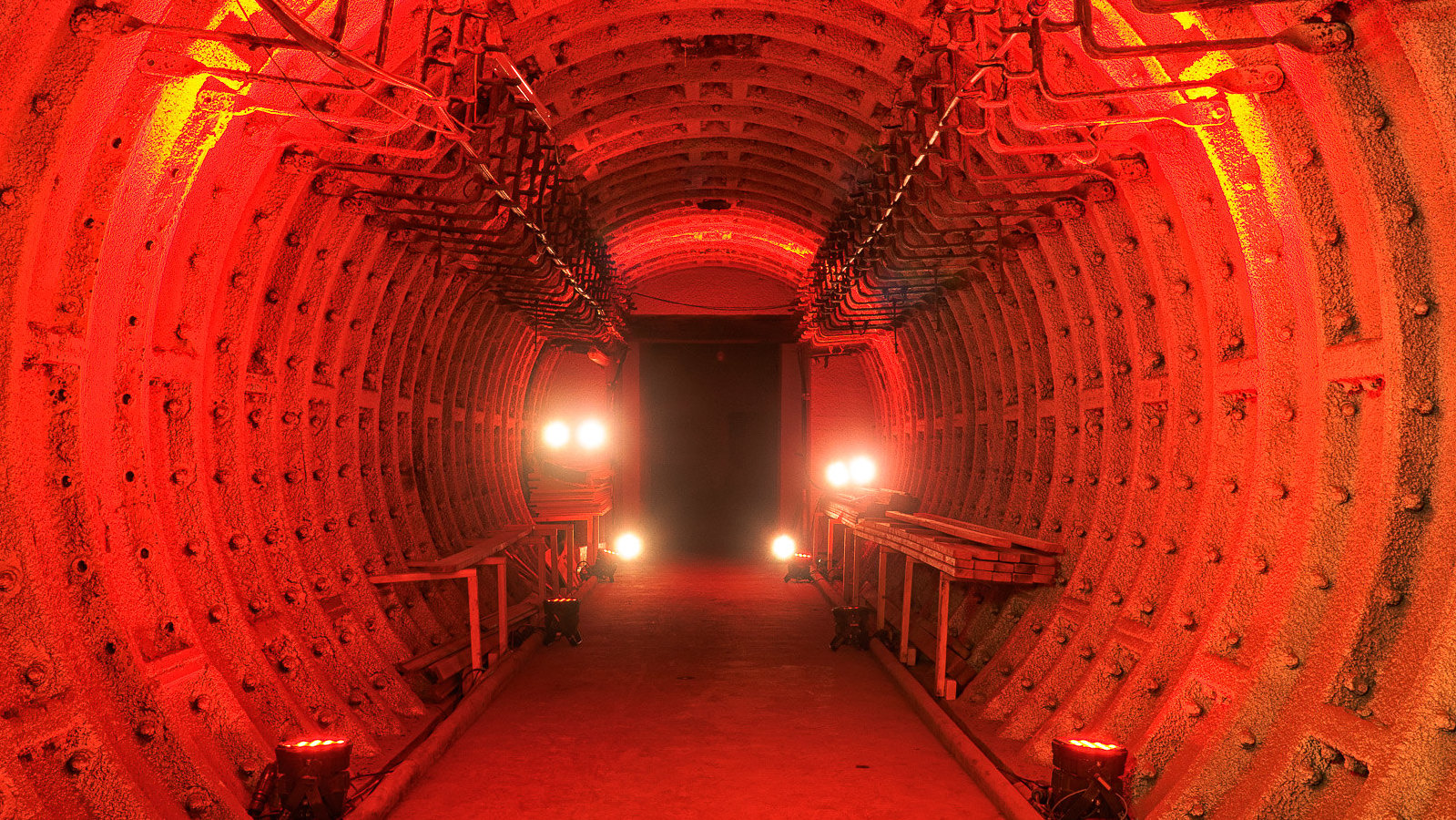 These are the big new releases and reissues emanating from the 1BTN bunker this month. Spotify playlist at the bottom of the page.

Hypnotic Brass Ensemble
Soon It Will Be Fire (feat Moses Sumney)
(Jagjaguwar)
Beautifully chilled track for summer on the beach. A perfectly timed piece of music from the new LP This Is A Mindfulness Drill.
Adam (Adam and Dan Show)

Overmono
So U Kno
(Poly Kicks)
A UKG indebted track that manages to be groovy, soulful and extremely satisfying, the duo’s “tributes” take influence from these previous occupants but stamp it all over with their own trademark – soooo vibing on this – get it on repeat!
Anya Lux

Emanative and Liz Elensky
Fall in to me
(Olindo Records)
This track is just so fucking good. Nothing comes close this year, I’d happily play it back to back on my show for two hours, it’s that good.
Chris Cracknell

James Brown and the JBs
Make It Good To Yourself
(Dynamite Cuts)
This is on a double 7” – every track’s a winner but this one is a funky peach, super tight and crisp with a bassline that appears to be in a totally different key, but it works so well!
Glyn ‘Bigga” Bush (Bigga’s Big Dig)

Toast
It’s Just An Illusion (Coming To Ya)
(Backatcha / Charm City)
Crumbs! A genuinely super rare modern soul grail from 1983 fetching serious dough if you could ever find an OG. Make a toast to Backatcha for reissuing this absolute gem of a soulful stepper, so don’t sleep on this one.
Tony (Viva Soul)

Ian Carr’s Nucleus
Images
(Be With Records)
What an unbelievable record. From the wild cover to the iconic breakbeats, Roots from Ian Carr’s Nucleus is one of the dopest albums out there. This is seriously thick, funky-prog jazz-rock heaven. Originally released on Vertigo in 1973, other than a couple of versions at the time, Roots was never re-pressed since so it’s gone on to become another one of those impossible to find records.
Burda Pellet (All Around The Globe)

Jex Opolis
Belly (Dance)
(Good Timin’)
One of the many highlights on Jex Opolis’s recent It’s Me, Jexy LP, Belly (Dance) is brimming with dreamy, yet vibrant beats. Great name for an album too!
Clara Suess (INTER-MISSION)

Andres y Xavi
Sounds From The Secret Bar (LP)
(Hollis Recordings)
Yes sir, our local Balearic pin ups are back with their 2nd album and what a stunner it is. Featuring Rollo from The Woodentops no less and a cracking cover of Talk Talk’s Renee, this is a must buy and one of your soundtracks to the Summer. Bien hechos muchachos!
Murray Scott (UBIK)

Amazin’ Five
Only With You
(Tramp Records 45s)
The Amazin’ Five Soul/Funk band from Moscow comprises Jazz, Reggae, Hip-Hop, Blues musicians and DJs, who are also playing in other bands, and arе united by their love of 1960s/70s US, European and Soviet-era Soul and Funk music. The band has played everywhere from breakdance festivals to local pubs, clubs and bars – wherever you can dance or enjoy the sound of Soul whilst sipping your beer! Olesia, the Amazin’ Five vocalist, writes lyrics that come from the heart and from her own life experience. They tell of the journey from love to despair and back; of everyday life, our hopes and dreams. We hope that you too can feel it.
Dumani Ncube

Scrimshire
I Hear You, I See You feat. Nat Birchall & Faye Houston
(Bandcamp DL)
A surprise slice of spiritual jazz beauty from Scimshire, dominated by a one take, Coltrane-esque soprano sax improv from our man Nat Birchall. Resonators’ Faye Houston provides the vocal refrain. What a thing! Album incoming this October.
Ian Lawton

Loveshadow
Loveshadow
(Music From Memory)
Following hot on the heels of the excellent LP from The Zenmenn, is this excellent debut album from California’s Loveshadow. It’s a beautiful 8 tracks of chilled out emotive pop music. Amust buy.
Andrew Jefferson (Sounds of Eighty Six)

Elvin T
Get Close
(Graded)
A goosebumps on goosebumps kinda tune this fifth and final ReGraded release from Midland’s Graded label sees Elvin T do something oh so special with Club 69’s underwear. Something we can’t get enough of. Glorious, just glorious.
Kate Wildblood (The Wildblood and Queenie Show)

Psychedelic Digestion Therapy
日帰り旅行 Daytrippin’
(Strangelove)
Belgium’s contribution to the Balearic canon tends to be tracks from the new beat era but this, taken from their wonderful self titled album, is a gem. I could have picked any track and it would be up there in the best of this, or any, month of downtempo music. Already getting plays from everyone with their ear to the ground…
Steve KIW (BAOL)

Sylvester
You Make Me Feel (Mighty Real) (Soulwax For Despacio Remix)
(Craft Recordings)
Every month is Pride month in our house, every day is a Sylvester day so this beauty of a remix from the saucy Soulwax boys has put an extra bounce in our proud roller-skates. The Queen of disco would have been proud as.
Queen Josephine (The Wildblood and Queenie Show)

Orgone
Dreamer ft Terin Ector
(3 Palm Records)
The 8 piece outfit from the San Fernando Valley return with their usual blend of Cinematic Funk and Soulful beats on the LP Moonshadows, all wrapped up in a heady sheen of sun kissed Yacht Rock, elevating their sound to a whole new level of excellence!!!
Chris Lewis (Turn On, Tune In)

Dougie Stu feat Jeff Parker
Joy Ride
(Heavenly Recordings)
Taken from the debut solo album Familiar Future from acclaimed Bay Area multi-instrumentalist, producer, and composer Dougie Stu. Stu has created a uniquely jazz-attuned sound that is soulful and ethereal. Drawing inspiration from artists and producers like Lonnie Liston Smith, Charles Stepney, David Axelrod and Alice Coltrane, Stu has arrived at a sound that harkens back to the golden era of soul jazz and R&B, while still sounding contemporary. This is the sound of the Summer!
James (Vision On)

SAULT ft. Little Simz
You From London
(Forever Living Originals)
SAULT return with Nine, their 5th album in 2 years and the follow up to last year’s huge Untitled (Black Is) and Untitled (Rise) albums. The sound of London street life in the 2020s… could be the soundtrack to Top Boy.
Jim Lister (Version)

Jonna
Jus Move feat. Javonntte (Soulphiction’s 4AM Remix)
(Lumberjacks in Hell)
A Beautiful and bittersweet remix from Michael Baumman aka Soulphiction who sadly passed away from cancer before its release. “Altogether now…jus move” a poignant and hypnotic call to the dancefloor that the World is so ready to accept. Rest in Power Soulphiction.
Jayne Winstanley