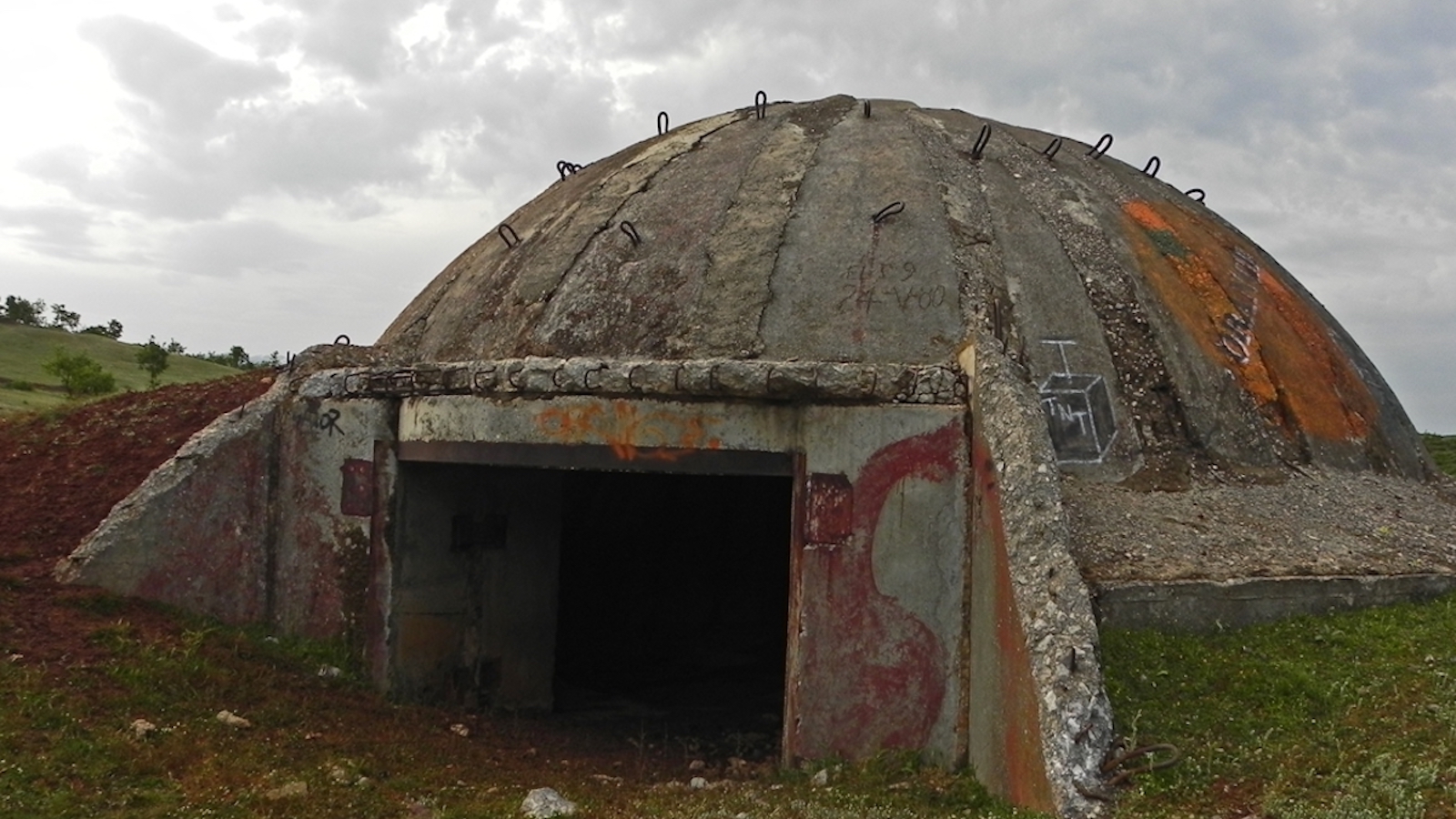 1BTN DJ selections for the month of July; all new releases or re-issues. Spotify playlist at the bottom of the page.

Sault
Untitled (Black Is)
(Forever Living Originals)
The third release from UK based Sault is a timely and poignant soundtrack to a turbulent summer. Powerful vocals, incredible drums and inspiring spoken-word passages (that put me in mind of Solange) combine to create what I’m sure will be my album of the year. In the words of the band themselves “We present our first ‘Untitled’ album to mark a moment in time where we as Black People, and of Black Origin are fighting for our lives. RIP George Floyd and all those who have suffered from police brutality and systemic racism. Change is happening…We are focused.”
Kerry Jean Lister

Romare
The River
(Ninja Tune)
Romare’s music pays tribute to various black musical forms, giving us both an education and a reason to dance. The River is a great stomping new house track, it’s good for all the reasons we love him, it is quintessentially Romare; uplifting, accessible, disco tinged, but ever so tasteful EDM.
Jo Dressler

Idris Ackamoor and the Pyramids
Theme for Cecil
Shaman
(Strut!)
Highly anticipated follow up album to An Angel Fell which was an unexpected masterpiece from Idris and his Pyramids… Slight change to the instrumentation, but vast in its vision and still grooves in all the right places. Essential.
Chris Cracknell (6ft Stereo)

Osunlade
Auto Machine
(Yoruba Records)
My favourite track from Osunlade’s most recent offering Basic Sketches for Beginners. The whole album is a journey through the dancefloor, but sometimes you just fancy something a little bit darker, and this acid-infused track hits all of the right spots for me. Reminiscent of the early Trax sound, Osunlade has seamlessly brought it into the 21st century.
Sophie (Our House with Sophie Paul)

Vibration Black Finger
Acting For Liberation Part 1
(Jazzman Records)
From Lascelle Gordon’s killer 2nd album Can You See What I’m Trying To Say and relevant music for the times we’re living through. One of my listeners Jude 1:13 described it as “Schifrin on Acid”…. I couldn’t have put it better myself.
Jim Lister (Version)

Space Afrika
Oh Baby
(Bandcamp)
From the incredible hybtwibt? album, Space Afrika sculpt noise, orchestrations and sampled and chopped up dialogue and vocals in a totally unique, poignant and imaginative way. Oh Baby is an emotional and stirring 2 minutes that tugs at the very core of your being and resonates in these most troubling of times.
Paul McCardie (The Awful Hand)

Jorja Smith
Rose Rouge
(Blue Note)
A colourful celebration of jazz, with soul sensibilities. The track opens with a swelling of breezy guitar and hushed drums. Smith vocalises over the jazz club arrangement. Its a retake on the St Germain Rose Rouge which sampled Marlena Shaw’s Woman of the Ghetto from the year 2000, and equal to its beauty.
Dumani Ncube

Pyramid Pieces 1
(The Roundtable)
Really great Australian jazz comp of stuff recorded between 1969 and 1979 put out by Melbourne’s The RoundTable. A La Coltrane from Sydney collective Jazz Co-op is a corker. Exploration of the Sun by John Sangster Quartet and Wildflowers by prolific flautist Brian Brown (both from Melbourne) are my introduction to ‘Eco-jazz’ a peculiarly Aussie phenomenon of music influenced by the natural environment. All of it new stuff to me, and all on a slightly different track than the fusion dominated US output of the time.
Ian Lawton (Trainspotters)

Bruise
Grand Hi
(Meda Fury)
Bruise is the new musical project of Christian Campbell (Sona Vabos) and Darren House aka Diesel (Xpress-2, Ballistic Brothers). It’s a glorious Hi-Tech Jazz-esque house banger with more strings than you can shake a stick at. Absolutely guaranteed to get the dance floor jumping as soon as we’re all allowed to go out and jump up and down on dancefloors again…
Kerry Jean Lister

Lone & Kettama
The Way You Feel
(R&S)
A lovely bit of electronica that’s gets into your head and stays there, with a sweet, saucy vocal to soothe you and give you all the feels.
Anya Lux

Mannequin
Zippo
(Out on Roadwrx)
A futuristic Wave number from up and comer, Mannequin. Powerful 808’s, iced out synth work and forward drums create a dystopian emotion, guaranteed to provide movement on the dancefloor. Be sure to check out the entire compilation as well. There’s even a track from 1BTN’s very own Eone!
Eone

Black Loops
I Know You
(Shall Not Fade)
As the urge to lose one’s self on the dancefloor continues to grow this lockdown Black Loops new EP I Know You brings the house, disco and Italo flavoured goods to your dancing day dreams. Twisted like a lolly, lush like a berry, it’s all you need to fill that deep and moody must-disco ache.
Kate Wildblood (The Wildblood and Queenie Show)

Tigerbalm
Ello Koko (JKriv Remix)
(Leng)
Oh, the joy that hits you after one play of this beauty. A regal and kooky groove defined to make July shine, Tigerbalm lights up the dancefloor with an exquisite workout that I can’t get enough of.
Queen Josephine (The Wildblood and Queenie Show)

RFX – Ha-2-da-mam
(Hamam House 5)
I could pick any of the four tracks on this, the fifth volume of ridiculously obscure re-edits from the house of Hamam but this by the equally mysterious RFX is, today, shading it as the one I can’t get enough of. Borrowing heavily from (or borrowing from someone who has already borrowed from!) Code 61’s new beat classic Drop The Deal this is as close to the sound of Alfredo’s box in 1987 as anyone has got in years. A Balearic banger from an EP of crackers.
Steve KIW (Balearic Assassins Of Love)

Shadow Acid
Timescape
(Exalt Records)
Good grief! An absolute acidic monster of a track from Hastings’ on fire Exalt Records, modern purveyors of the choicest electronic music around. Give this a listen and your ears will love you.
Murray Scott (UBIK)

Matisa
I Need A Bit Of Poetry
(Biologic Records)
The opening track from Italian Producer Matisa’s excellent The Elsewhere EP – for lovers of Italo, synth and house – and backed by a Kim Ann Foxman remix. All four tracks are sublime and I very nearly chose The Curtain Falls. Expect big things from Matisa…
Clara Suess (INTER-MISSION)

Simfonyx
Magenta Skyline
(Delights)
Two cinematic funk cuts, recorded shortly before the COVID-19 lockdown by Markey Funk (check his recent guest for 1BTN) and Shuzin under a new moniker – SimfOnyx: slow and haunting Magenta Skyline on the A-side, backed by heavy uptempo slasher chase theme The Unresolved on the flip.
James (Vision On)

Courtney Marie Andrews
Burlap String
(Fat Possum Records)
From one of the sweetest country voices around. This track from Andrews forthcoming album Old Flowers shows that the stripped back sound really suits her music.
Senor Mick (Garden Of Earthly Delights)

Detroit Swindle ft Jitwam
Coffee In The Morning
(Heist)
So the dutch duo have only gone and excelled themselves and that’s saying something. Think Throw meets Man With The Red Face with extra heat – tune of the summer right here.
Nick Carling (Fruitful Radio Show)

Gavsborg
Overboard Ft. Shanique Marie
Hard to pick a favourite from this EP, however this just takes it. Lovely vocals from Shanique and you just can’t go wrong with a Gavsborg beat
Lucien Calkin