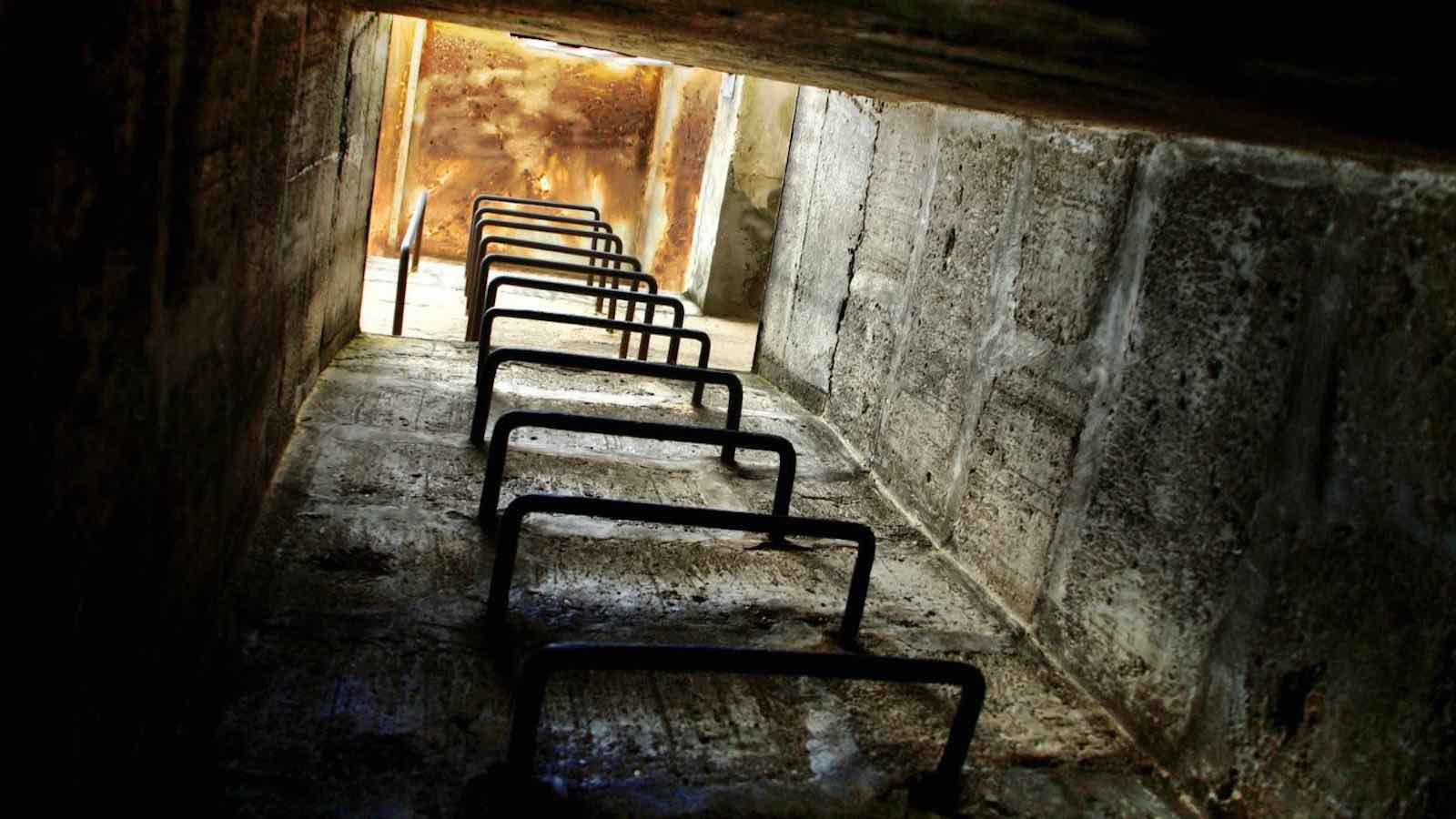 The Bunker Buzz Chart is back! These are the new tracks, albums and reissues that are keeping hope alive in the desolate winter landscape of lockdown, according to our DJs at least. Links to Bandcamp pages provided – please support the artists and labels with your patronage where possible.

Tommy Guerrero
Sunshine Radio
(Too Good)
Tommy Guerrero is a super successful skateboarder and stellar, prolific musician. This album sounds like a drive through the big American landscape on a sunny day, all space and movement, somehow relaxed and exciting at the same time.
Chris Coco (Melodica)

RDL
Streets
(Duppy Gun)
RDL’s first solo project with Smurphy on the production! A great fusion of pop and dancehall with a load of global sounding influences. A euphoric release which makes me very nostalgic!
I-Sha

Mario Dubbz & Allen Craig
My Nature (Hotmood Remix)
(Good For You Records)
When looking ahead can seem a little daunting Mario & Allen deliver some round-and-round bass to bring some hope to your lockdown kitchen discos. Loopy, lovely and definitely one for the dance floors in our heads!
Kate Wildblood (The Wildblood and Queenie Show)

Gerry Weil
The Message
(Musica Infinita/Olindo Records)
An overlooked cornerstone of Venezuelan jazz, greatly influenced by Bitches Brew era Miles, Hendrix, Tower of Power and a fusion of jazz and rock. The Message is packed with raw funk grooves, big band horns, and Gerry’s gravelly Waitsian vocals. Remastered with love by Frank Merritt at The Carvery
Burda Pellet (All Around The Globe)

Los Hermanos
Another Day
(Mother Tongue Records)
Pure sex on vinyl by the master Gerald Mitchell. This tune rewrites the book on the definition of deep soulful house. From the opening keys, it sweeps you along on a gospel tinged lushness, til 7 minutes and 15 seconds later it gently drops you off on a higher, happier plane.
BIG RED AL (LATE NIGHT BIGNESS)

The Vernon Spring
Sunset Village
(Lima Limo)
I’ve loved this man’s solo piano music ever since Skinny Pelembe came on VERSION a couple of years ago and blew me away by playing The Vernon Spring aka Sam Beste’s debut tune Another’ Sam has released about 6/7 tracks since then and has finally announced his debut album A Plane Over Woods, due for release on 26 March. Cannot wait.
Jim Lister (Version)

Eden Burns
Invercargill
(Public Possession)
New Zealand Producer Eden Burns does it again! Having released one of my favourite tracks of 2020, Big Beat Manifesto from the EP of the same name, Eden Burns teases Big Beat Manifesto Vol II (out on Public Possession on 12 Feb) with Invercargill. A playful, feel-good track with an addictive groove, which is exactly what we need right now.
Clara Suess (INTER-MISSION)

Jpye & Renato
Cosa ti va? (vocal)
(Claremont 56)
Another gem from the ever-consistent C56 and this one is more Balearic than spotting European royalty dancing in the mirrored glass pyramid on Ku terrace at sunrise. Nods to all-time Bleary’ic classics Primavera and Radio Rap nestle comfortably in the shuffling drums, squiggly synths and laid back chords. If you’ve already discovered Jpye through his collaboration with Leonidas on the already seminal Claremont Editions vol2 comp then this will push your lilo even further down the lazy river.
Steve KIW (Balearic Assassins Of Love)

JD73’s ElecTrio
Subsonic
(Atjazz Record Company)
Leeds based Dan Goldman (JD73/keys) has been around a while, a regular at Jazz Re:Freshed, and so have some of the tracks finally recorded for Pyramids, but that only adds to the proof of their timelessness. Sounding like the love child of Herbie Hancock, George Duke, Bob James and Atmosfear, if you can imagine that? JD73’s ElecTrio are a strong voice in the very welcome revival of 70’s Jazz Funk.
Matt Davids (Rockit Soul)

The Sultan’s Swing
Sound Of Pulsar
(Lazy Robot Records)
This would make a perfect soundtrack to a chilled out surf movie. I can picture Devon Howard dancing with the ocean, as this 11 minute piece rolls out, and the summer sun sets on the sparkling sea…
Leon Ricciardi (Jazzology Radio Show)

Noema
Nightglow (Xique-Xique Remix)
(The Magic Movement)
Berlin based label The Magic Movement’s main man Noema, gets the Xique-Xique treatment on a remix album of his 2020 release Twilight, bringing the deep and sensual, other worldly vibes that we’ve come to expect from all involved. The Movement is Magical!
Chris Lewis (Turn On Tune In)

SOPHIE
BIPP (Autechre Mix)
(Numbers)
What had seemed like the perfect IDM tryst has become a kind of elegy following SOPHIE’s tragic death in Athens. SOPHIE is reported to have said, back in 2015, that she didn’t want any remixes of her music “unless it’s Autechre”. A bit on the late side, the lads had turned in this remix of BIPP – retuning its avant pop chipmunk frenzy into weird sledgey come-down ketamine minimalism.
Ian Lawton (Trainspotters)

Saturday Night Rush
Dance Wicked
(Lobster Theramin)
This track is a sub-heavy, breakbeat treat – with Hi-Hat for days! It’s beefy AF and impossible not to dance to.
Anya Lux

Apparel Wax
008B1
(Apparel Wax)
Deep, dark and nearly as moody as my missus, this groove has me all a fluster with its slow wind-up and joyous conclusion – gawd I really do need to get out more. Add a smattering of sample sophistication and you have a deep banger ready to mash to – all gentle like.
Queen Josephine (The Wildblood and Queenie Show)

Kacy & Clayton and Marlon Williams
Im Gonna Break It
(New West Records)
Canadian cousins team up with Kiwi singer songwriter and cunjure up a sound that imagines if Emmylou Harris had teamed up with Roy Orbison rather than Gram Parsons.
Michael Hosie

Ten City
Be Free
(Ultra Music)
Ten City are back after a 25 year Hiatus with Be Free, a beautifully uplifting track that encapsulates the very essence of house music. With Byron Stingily providing his signature vocals singing about inclusivity and togetherness, Be Free sends a message to us all that’s needed now more than ever.
Sophie (Our House with Sophie Paul)

Kon & the Gang feat Rick James
We Like It
(Star Time)
Boston’s A-grade record digger, funk and soul boffin and master edit maker Kon is back with his Gang for this tidy 7″ that also features Rick James. It is once again an edit aided by Kon’s long time engineer Caserta, with slick, life affirming jazz tinged and super funky production. A real late summer jam that could be 50 years old.
Dumani Ncube (Soul Casserole)

The Avalanches, Perry Farrell
Oh The Sunn!
(Last Man Music)
Everyones favourite Aussie turntabling cosmic soundscapers, team up with Janes Addiction alt rock front man Perry Farrell in this not so obvious collaboration, but with compelling results. A chugging, at times uplifting, at times melancholy lament of hope and hurt. There is a choir and the production is warm and vibey. All in an unusual but extremely pleasant piece seemlingly fitting with the strange mood of our times.
BIG RED AL (LATE NIGHT BIGNESS)

Symarip
These Boots Are Made For Walking
(Harlem Shuffle)
Stompin’ version of the Nancy Sinatra classic.
Legs (Leggy Reggae)

Tune-Yards
hold yourself.
(4AD)
The second single from Sketchy – Tune-Yards upcoming fifth album – Hold Yourself is a gloriously beat driven bass-heavy chugger that comes across almost gospel-like with positivity, even though the lyrics deal with anger and disappointment. Out now on all the usual platforms.
Kerry Jean Lister (Feel Up)

Common Saints
Idol Eyes (Idol Eyes E.P)
Starsonics
Late to the party on this one. But better late than never when it comes to music as good as this. A killer E.P. of the finest psychedelic soul. Life affirming warm and easy vibes all the way by singer-songwriter Charlie J Perry. Big props to Gary Johnson at Mr Bongo HQ for the heads up – 2nd pressing of vinyl soon come.
Chewy Beatwell

Warrington-Runcorn New Town Development Plan
Interim Report, March 1979
(Castles In Space)
You’ve got to love records like this! A ‘homage’ to a brutalist long gone period in the UK, set to a soundtrack that sounds like a lost Warp album.
Murray (UBIK)

Nuback
When The Party Is Over
(Growing Bin Records)
A great new release on Basso’s Growing Bin Records. This seven has two tracks of blissed out Balearica from Japan’s Nuback. The flip is a lovely downtempo dubby sunshine track but it’s the A-side for me, a nostalgic slice of Balearic pop with Dai Nakamura’s smooth vocals.
Andrew Jefferson

growing bin records · Nuback – When The Party Is Over / Heartbeat Summer