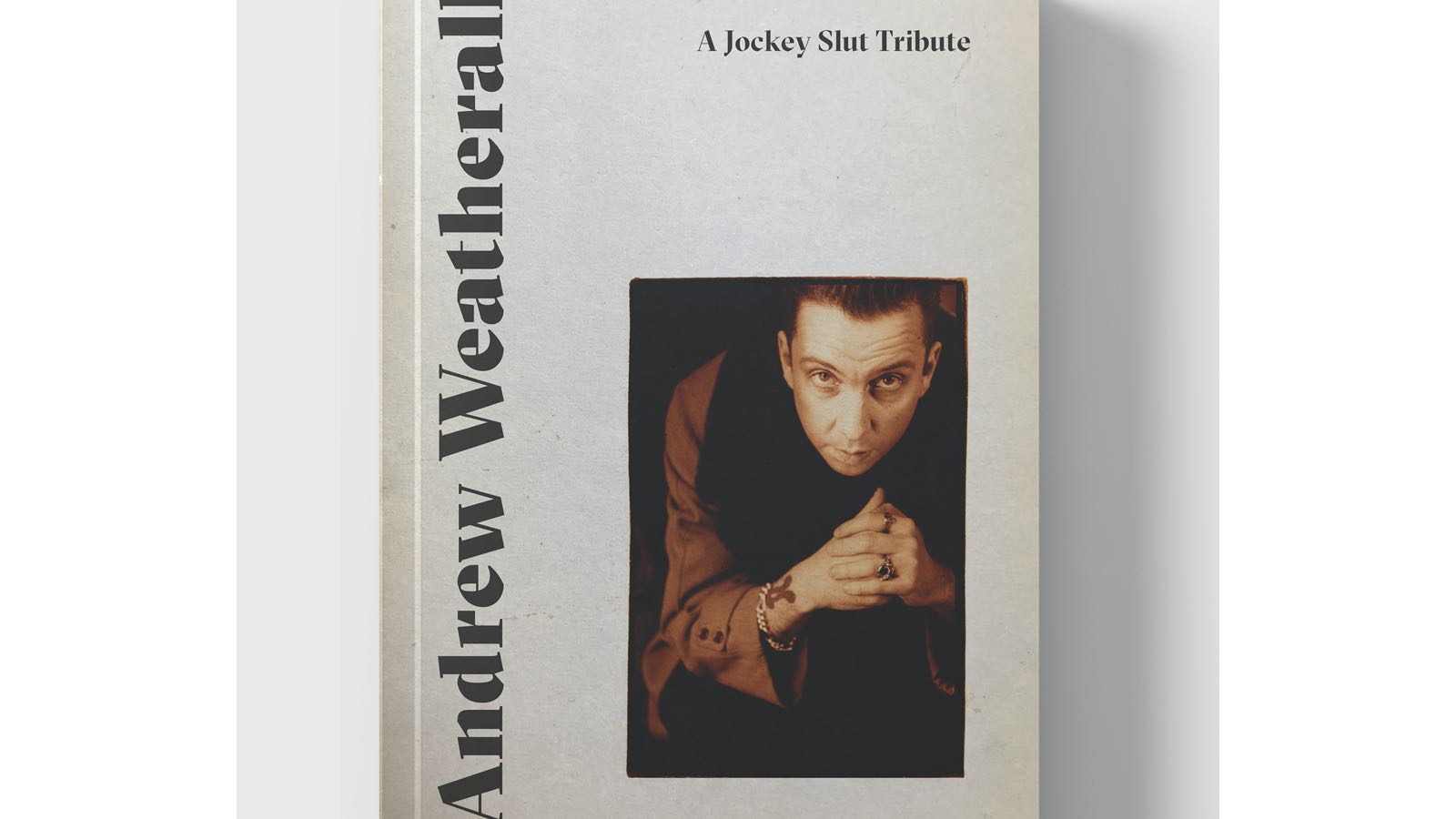 He was the acid house generation’s most inspiring DJ and producer, renowned for his work on Primal Scream’s epoch-defining ‘Screamadelica’ and his own bands Sabres Of Paradise and Two Lone Swordsmen. As a DJ he was peerless and unpredictable, helming club nights that played techno, rockabilly or music that “never knowingly exceeded 122 bpm.”

In the run up to Christmas Jockey Slut are publishing a new Andrew Weatherall book with all proceeds going to Amnesty International, Multiple Sclerosis Society, Thrombosis UK and Crisis.

Weatherall featured in seminal dance music magazine Jockey Slut many times during its lifetime. All his interviews from the publication are included within this tribute to The Guv’nor. Further articles cover the tenure of his professional life from the mid-80s to 2020. They include his beginnings at the influential Boy’s Own fanzine, his DJ sets at landmark nights Shoom and Sabresonic, and the plethora of ventures he still had running including the Woodleigh Research Project, A Love From Outer Space and festival Convenanza. Jockey Slut magazine ran from 1993 – 2004. The influential club culture publication was started by John Burgess and Paul Benney as a self published Manchester based fanzine. It became a monthly when it moved to London in 1999. Jockey Slut was notable for being more music-centric, left-field and irreverent than other dance music magazines. It also bagged some real exclusives during its tenure giving first ever interviews to The Chemical Brothers, Daft Punk and The Avalanches.

All Andrew Weatherall’s Jockey Slut interviews collated (1993-2004) including Weatherall Gets His Tats Out, I’m A Classic Underachiever, Two Lone Swordsmen and An Audience With… and more.