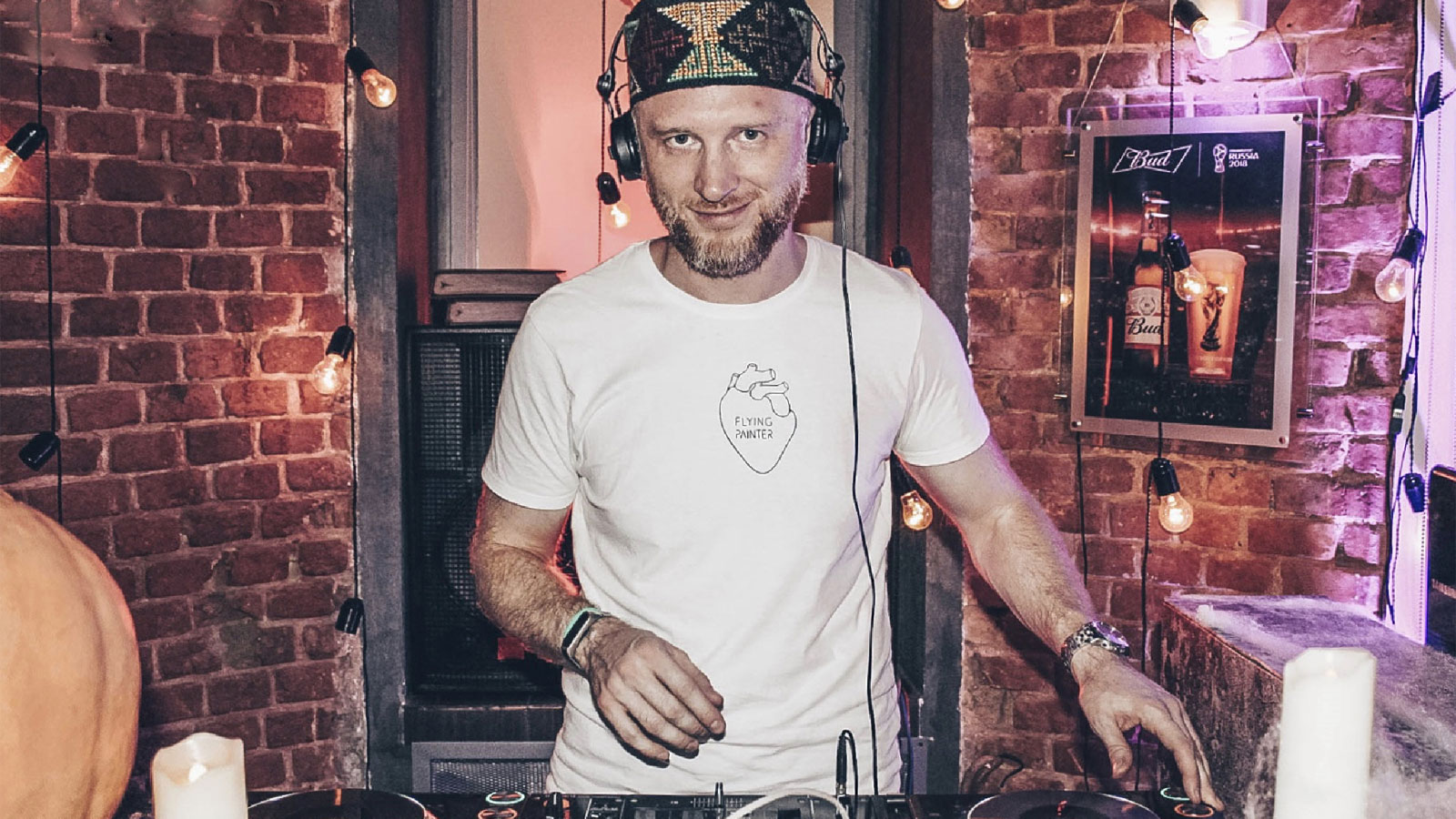 Our man, Dan Storey, wanted to know more behind the lovely music being produced by, Denis Leonovitch AKA Alterleo, a talented sound man out of Moscow. He asked and here is the result.

Hi Denis, how are you? You have been Dan Storey’s artist of the month. So, for people who don’t know, who is AlterLeo?
Hi there! I’m a TV soundman from Moscow. Alterleo has been an alias for my musical projects for more than 10 years. I started experimenting with sound back in 1998. Until around 2011 I hadn’t really taken it seriously, it was more of a hobby. In 2011 I played a few of my tracks to a couple of well-known Moscow DJs and after that some EPs were released. Mostly it was deep house/tech house material. Shortly after, I took some time out of music for some major changes in my life. About 3 years ago, I found the musical direction I wanted to pursue. I’m fascinated with tribal rhythms, relaxed Balearic sounds and slowed down disco grooves. I try mixing these ingredients in a psychedelic way.

You live in Moscow, what’s the best thing about the Russian capital?
Well, Moscow is a big city that is always in motion. It literally never sleeps! For example, you can go to a 24-hour fitness club at 3 a.m. and it won’t be empty. This would be nonsense for most European countries I guess, but that’s nothing special for Moscow. This city is very fast and you get infected with the speed. This is what I like about it. I was born in another capital – Tbilisi, the capital of Georgia. I always knew though, that sooner or later in my life I was going to live in Moscow.

Congratulations on the release with Claremont 56. You mentioned before most of your previous releases have been techno productions. Is this your first ambient/Balearic release and what made you make the musical transition?
Yes, this is my first non-dancefloor release. For me such tracks are rarely born, it’s the matter of waiting for the inspiration! Paul Murphy, the head of Claremont 56, wanted “Sunset Sparks” for release over more than a year ago. He had to wait another year for “Boma!” – I wanted a proper B-side track! As I’ve already mentioned, about 3 years ago I discovered some musical genres, which I hadn’t considered before. I found out that a groovy track doesn’t have to be fast. I think discovering a new thing is good for self-development in anything you do. As a result, I made a number of tracks and most of them are not faster than 100BPM. Some of them will be released soon.
Any upcoming releases on the horizon?
A 4-track EP is about to be released on Kinfolk. It’s going to be more dancefloor-oriented than the Claremont 56 release. I am extremely proud of this, as it’s a label that has had a huge impact on me.

Who would you consider your musical inspirations?
A lot of music inspires me, from jazz to techno, old to new. Too many too list. I have been fortunate enough to grow up with a solid musical background. As a child I was constantly surrounded by different kinds of music. I’m passionate about Middle Eastern music. I’ve been to Istanbul recently and could sit and listen to the street musicians for hours.
For me, the most important elements that make music really interesting are originality (or even eccentricity), unpredictability, grooviness and good sound quality. Musicians I look up to would be, Secret Circuit, Tornado Wallace and Peter Power, as well as Multi Culti and Invisible Inc. labels, are amongst some of my favourites. And I have to mention a famous Moscow based musician and DJ Chizh. He has been a great influence on me.

Where can 1BTN listen & purchase your music?
Everything I want to share gets right to my Soundcloud page: https://soundcloud.com/alterleo
Also social networks are available: https://www.facebook.com/alterleo https://www.instagram.com/alterleo/
If someone has proposals for any kind of co-operation – please, don’t hesitate to reach me. Cheers!