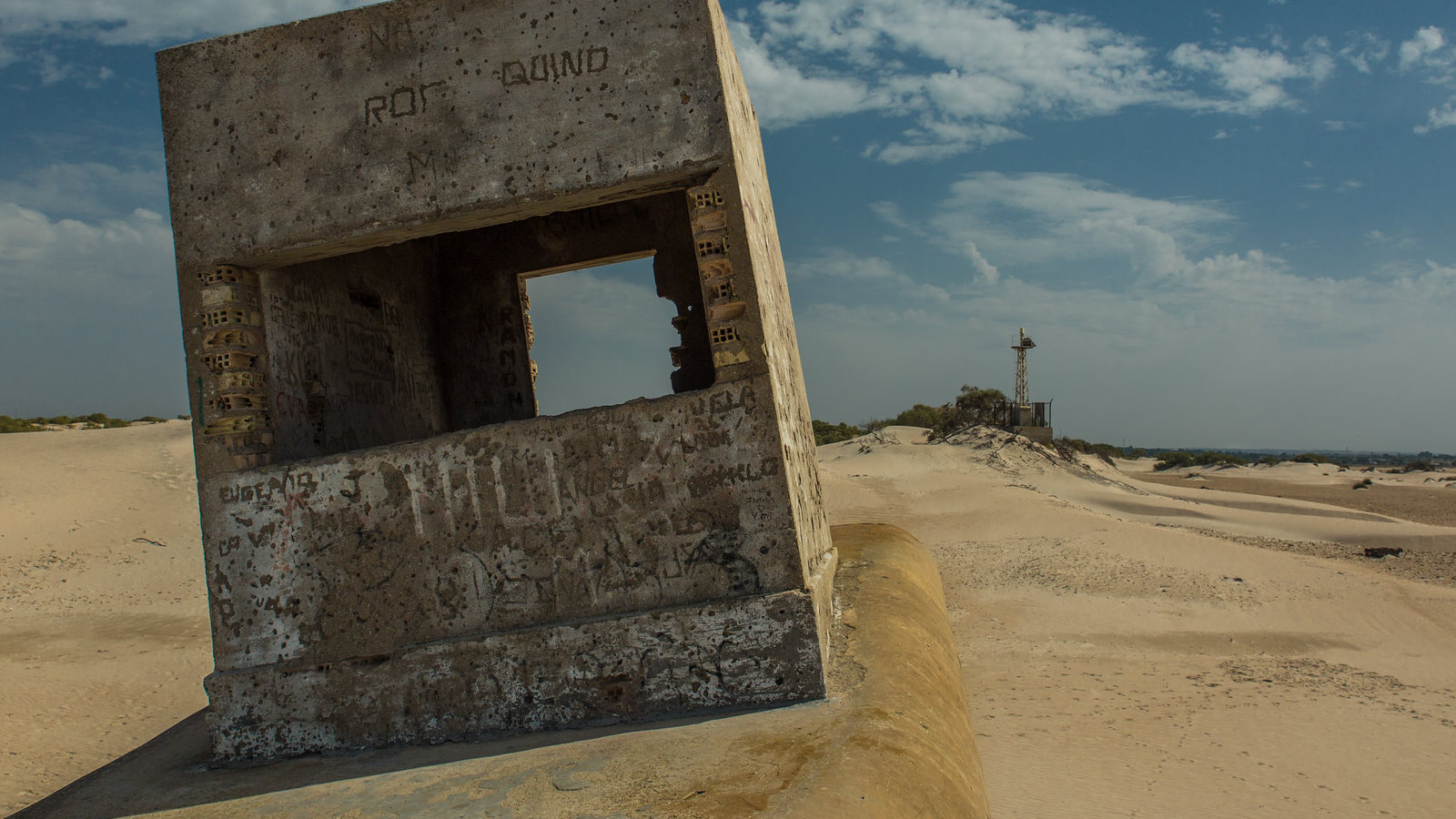 These are the 1BTN DJ recommendations for August 2020. Spotify playlist at the bottom of the page.

Roisin Murphy
Something More
(Skint Records)
The Queen of the sultry groove joins forces with the queen of disco Amy Douglas for an emotive wonder that had us hooked from the first play. Lockdown heroines saving us one beat at a time with a track that shines a light through the darkness. All dark like.
Kate Wildblood and Queene Josephine (The Wildblood and Queenie Show)

Budakid
Orrery
(Watergate Records)
Budakid contributes to the fourth instalment of the much-loved Watergate Affairs series. The Dutch producer joins the label after many successful releases on popular labels such as Sasha’s Last Night On Earth, Einmusik’s Einmusika and Guy J’s Lost & Found imprints. Having followed his work closely for a couple of years Budakid delivers another beautifully crafted track that evokes deep and uplifting melodies. Recently played by Dave Seaman in his United We Stream Brighton set, this track is a welcome addition in any Melodic House, Techno, Deep House or Progressive set.
Markus Saarländer

Kamaal Williams
Wu Hen
(Black Focus)
A lovely listen best listened to in full, Kamaal Williams’ latest album is perfect Summer evening listening. Though fast paced in places, it has the power to transport to a calmer place and I recommend you let it take you there.
Ellie Webber

Romare
Heaven
(Ninja Tune)
Heaven is the latest single from Romare AKA Archie Fairhurst. The track is an unapologetically feel-good summer banger, crafted perfectly without taking itself too seriously – demonstrated by Fairhurst’s use of his childhood drum kit. Taken from the LP Home (released 31st July on Ninja Tune), the track sits amongst a bittersweet exploration into the nostalgia, gratitude and comfort that soundtracks Fairhurst’s journey to make a home both outside London for his family and for his forward-thinking dancefloor grooves.
Martha (Underlying Oddities)

Zara McFarlane
Saltwater
(Brownswood Recordings)
The great UK jazz vocalist (and previous guest on VERSION) is back with her fourth studio album Songs of an Unknown Tongue, pushing her sound forward with hypnotic, pulsing production from Kwake Bass and Wu-lu. Can’t wait to see her do the new stuff live.
Jim Lister (VERSION)

Torn Sail
Leisure and Technology
(Cwm Saerbren)
Their 2017 LP This Short Sweet Life was my album of 2017, a modern classic. This new LP is no less amazing, with influences ranging from Van Morrison to early Verve releases! You can listen to me and Huw Costin from Torn Sail, chatting on the August UBIK show.
Murray Scott (UBIK)

Surprise Chef
All News is Good News
(Mr Bongo)
Coming out of Melbourne, Australia, this phenomenal jazz funk band conjur the spirit of Axelrod, Stark Reality and Daptone to make a lo fi album that is ripe for the summer. This track rolls along beautifully for that lazy, hazy, early evening sun shine feeling.
Paul McCardie

Jessy Lanza
All the Time
(Hyperdub)
Jessy Lanza’s voice was the perfect match with Morgan Geist’s light, nerdy retro-freestyle sound on last year’s Galleria single (more of that to come we hope). Stripped back to its raw elements that is the territory this 3rd album would inhabit – breezy electro pop. But put through the Hyperdub ultramodernist filter and with collaborator Junior Boys’ Jeremy Greenspan co-creating, folding in unpredictable bleeps and beats from across genres, this becomes some altogether more futuristic wobble. It’s easy listening compared to the alt r&b/neo soul of someone like FKA Twigs but still manages to straddle underground and mainstream vibes. It’s a unique and immediately identifiable sound. Could it be the record which sees Jessy Lanza become massive?
Ian Lawton (Trainspotters)

Lianne La Havas
Please Don’t Make Me Cry
(Warner)
Occasionally, a release is unequivocally loved across the board; Lianne La Havas’ eponymous third album is one of those releases. Written following the breakup of a whirlwind romance in LA, Lianne La Havas is filled with powerfully open lyrics and melodies that match the ebbs and flows of post-break up emotion. Stand out track Please Don’t Make Me Cry features guitar from Nick Hakim and pure vulnerability from La Havas.
Martha (Underlying Oddities)

Clap! Clap! & Martha Da’ro
Moving On
(Black Acre)
Easily Accessible though still deep and moving, this new track from Clap! Clap! Featuring vocals by Martha Da’ro is one of the sweeter, more liquid tunes on his new album. Crisci’s sound is a blend of field recordings, traditional music and electronic production. His sample choices are interesting and production is innovative, making for some great late night/early morning music. It’s not the first and won’t be the last time I’ve chosen a Clap! Clap! release for the buzz chart, or played him on my show.
Jo Dressler

Modusoperandi
Absurdo
(Cat & Paste Records)
Hard to pick a single track off the Endless LP, as its solid throughout. Turntablism crossed with Jazz, brought to you mainly via turntables and some mixers. The crew consists of Redmist, DJ Perez, Fso & Gozt…
Leon Ricciardi (Jazzology)

ATA Records
Whack, Slap & Blow (from ATA Records: The Library Archive Vol. 1)
(ATA Records)
The spirit of KPM, DeWolfe & I Marc 4 distilled in a lockup garage in Leeds. The fierce Brass of ‘Whack, Slap & Blow’ could be a Keith Mansfield cut, acting as a theme tune to a glamorous Saturday night tv show circa 1972.
James (Vision On)

Angel Olsen
Whole New Mess
Jagjaguwar
A delicious, haunting, brooding track from Angel Olsen’s new album of the same name. The track is raw and stripped back, as is the album – her first album without a backing band since 2012.
(Anya Lux)

PFM & Tayla
The Submarine Tune
Okbron Records
One of the few unreleased holy grails of deep mid 90’s DnB that has finally been given a limited vinyl release courtesy of Okbron Records out of Russia – and who has made it their business specialising in releasing limited white label vinyl runs of lost and forgotten gems. Serious Bukem business – from Russia with love.
Chewy Beatwell (What’s Wrong With Groovin’?)

H.C. McEntire
Final Bow
(Merge Records)
Heather McEntire is a new artist to my ears but she’s been releasing music in one form or another since 2005. If it’s anything like this blissful track from her forthcoming album Eno Axis I’ve got a lot of catching up to do.
Senor Mick (Garden Of Earthly Delights)

Lightning Orchestra
Time (Time)
Acid Jazz
Creating music which they dub to be “psychedelic booty-shake”, Lightning Orchestra are the brainchild of Atlanta-based multi-instrumentalist Travis Murphy. Source and Deliver is an overwhelmingly skilful debut album which, across 6 tracks, spans 70s funk, improvised jazz and afrobeat joy with the occasional Hendrix-like guitar solo thrown in for good measure. Time (Time) is an 11 minute long face-melter which incorporates a dub breakdown that transports the release to a supernatural plane.
Martha (Underlying Oddities)

Oneness of Juju
African Rhythms 1970 – 1982
(Strut)
Comprehensive 2CD / 3LP compilation of the seminal Richmond band Oneness Of Juju, led by Plunky J. Branch. From laid back jazzy grooves, spaced out P-Funk to Fatback Band type stompers and proto-Go-Go (they were a big influence on the Washington DC scene) this has it all.
Ian Lawton (Trainspotters)

KenKou
Everlasting Dreams (Calm’s still dreaming mix)
(Hell Yeah Records)
Calm have delivered some of the most beautiful Balearic beats ever recorded in the past few years and this, the lead track on the Calm Reworks EP is up there with the very best. Perfect for watching the sunset over Shoreham Port (because, let’s face it, we aren’t going to be watching it from Ibiza this summer)
Steve KIW (Balearic Assassins of Love